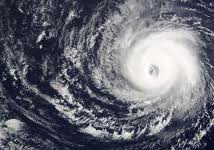 Hurricane Sandy and her child, hybrid storm, have now passed through my suburban New York area. As I write this, local bridges and the bulk of the NYC metropolitan public transportation systems are still shut down. I fared pretty well because I still have power in my apartment and it remained that way through the high winds of the night.

Even if I had lost electricity, I was prepared just in case I ended up sitting in the dark, alone with just my thoughts.

With all the scare tactic media coverage of apocalyptic Sandy, I figured that I should at least have a few things ready for my survival just in case things turned into something resembling a scene out of an end of world disaster movie.

So Sunday, the day before the storm while on my way home to Peekskill from the Hudson,  I decided to stop at the local grocery market to pick up a couple of items.  I looked at the parking lot, rolled my eyes and chuckled as it was full of cars. I especially got a kick out of a middle aged woman hurriedly rushing to her car with a shopping cart containing anywhere from six to ten of the gallon sized jugs of bottled water.

Her face seemed to border on outright panic becuase of all the hubub concerning the impending wrath of Sandy…or maybe she needed to use the rest room.

But hey, ok I get it, the media was predicting the storm of a lifetime and people wanted to be prepared. Hell, I was there to pick up a few things myself in preparation for it.

So I went into the store and purchased a couple cans of tuna along with the last remaining apple fritter doughnut; despite looking suspiciously stale…but still delicious…like the girl in the club that you knew slept around with everyone but was still totally acceptable. I also bought a couple candy bars and a bag of potato chips along with a two liter bottle of diet Coke to wash down my meal. This would cancel out all sugar and fat gram calories while adding a bit of nutrition.

That’s what diet Coke does right?

So when I got home after shopping, I decided I would further ensure my preparedness.

First, I made sure that my portable DVD player was charged up and ready to go…you know, to watch my favorite adult…errr… comedy movie.  I also made sure that my Sony PSP was charged and my cell phone remained plugged into its charger until the anticipated power failure. I owe that to all the horror movies I have watched when the victim tried to use but the phone was either dead or had the proverbial “one power bar left.”

I had some filtered water in the fridge which was good since they say you should have fresh water on hand.  I figure that there was maybe about a gallon (give or take a cup or two) of water sitting in the filtered Pure container so that should be plenty. I had half a jar of peanut butter, and a few slices of whole wheat bread along with some five minute microwaveable frozen vegetables in the freezer.

So I had my entertainment and sustenance covered. The only thing left would be to make sure I had a flashlight, portable radio and batteries on hand as well.

All of which I did.

I had used the flashlight about a year or two ago and it worked great then, so I would be good to go there.  I remembered seeing a collection of various batteries that were sprawled about inside my junk drawer, so I just knew I had to have the ones needed somewhere in there.  I even had one of those wind up generator flashlight/radio things that don’t need batteries. Just wind em up and go.

So I was prepared like a dropout boy scout for the “hybrid storm” that was at one point Hurricane Sandy. As the evening began to march into night, the winds begun to sporadically burst into strong gusts that sent leaves crashing into my window panes like little rock pellets that were hurled by mischievous children. At first it was no big deal and I thought ok, this isn’t so bad. I even started to watch one of my favorite Halloween comedies, The Exorcist.

But the gusts began to increase in length and intensity. The windows begun to shake as if there was some ghoul outside trying to push its way through. I owe that mind (expletive) to foolishly watching a horror movie alone, a few days before Halloween, during the course of a storm that had been touted to be the mother of all to hit the east coast.

The lights began to flicker and then went out. My eyes must have been as big as the ones seen in early Hollywood film portrayals of frightened black people; you know the ones with their eyes bulging out of their sockets like mini balloons.

I sat there thinking how stupid I had been to not take things a bit more serious and prepared more. Because the media has the tendency to sensationalize everything, I dismissed the possible severity of the situation as just that.

Fortunate for me, the power came back on moments later and never went back out through the night. I stopped watching The Exorcist and put in a DVD of The Hangover and tried to ignore the gusts that were outside trying to find a way in and eventually fell asleep.

Now it’s morning, and the news is running amok with stories of fires, flooding and wind destruction. I peered out my window to make sure my car did not have a huge tree branch sticking out of the sunroof resembling a huge potted plant or worse yet be been blown over on its side. Luckily everything was in order and I felt relieved and lucky that I personally survived the night in such a very anti-climatic fashion.

Others were not as fortunate.

As I reflect back on my experience one thing that echoes through my head is the famous Boy Scout Motto; “Be Prepared.”

Such a shame, then maybe I could have been the person with six to ten jugs of bottled water hurridly rushing to my car as some other fool laughed.