I Respect You. Do You Respect Me? 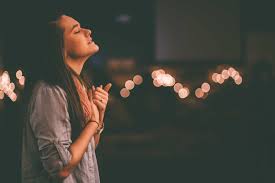 Should I be sorry for being a Christian? Do my beliefs offend people? We’ve been experiencing changes in society. The world is telling us how to think, how to be open-minded, and how to accept people for who they are.

Everyone “respects” everyone. Well okay then, I’m going to share something that happened to me. I was in my philosophy class and my professor asked what each student believed in. There were many answers. Some of them believe in Buddha, others believe in not believing, some believe in Karma, and one said he believes in aliens that live among us in other planets. The response of the whole class was, “oh interesting, that could be,” or “I don’t have the same opinion, but I respect you.”

Then, it was my turn.

As soon as those words came out of my mouth, I felt judged.

I heard every type of slur; “I thought she was smart,” “only weak people believe in God,” “ what a dummy,” “ surely she is homophobic.”

I was hurt… Do I have to apologize for my beliefs because they offend people so much?

Throughout my whole student life, I can assure you that I haven’t been in any school that when I say that I believe in God, they haven’t laughed at me, said hurtful things to me, or criticized me, even professors.

They talk about “respect” for everyone, but when I say that I do not want to have sex with my boyfriend because my body is valuable, and I want to wait for my husband after we promise ourselves to each other before God, I heard things like “he’s going to cheat on you,” “ you are brainwashed,” “ you are a liar,” “why don’t you become a nun?”

I guess I should be sorry for the way I think.

Respect. Open-minded. Acceptance. But not for a Christian.

When I said that I do not agree with abortion, because I will always choose life, people don’t even want to hear my reasons or my explanation. But it’s my decision… should I be sorry? Look, I’m not saying that I’m right, and I’m not trying to convince anyone. I’m only saying that I have enough reasons to not agree.

People called me all types of things but no one said, not even once: “I respect you.”

“I respect you.” Anyone?

I’m not going to lie, some of those things I have tried before and that’s why I can now say with authority that I don’t want to do it anymore.

I didn’t always have faith in God, and I wasn’t always open to getting to know him. But all He needed is my “yes” to start living in me. I said yes and I don’t have to apologize for it. I became a new person.

You can deny everything I said, but my experience and what I have lived and seen, that you cannot deny.

I might not be able to show that God exists but you cannot show me that He doesn’t exist.

I respect you. All I ask is for respect in return.