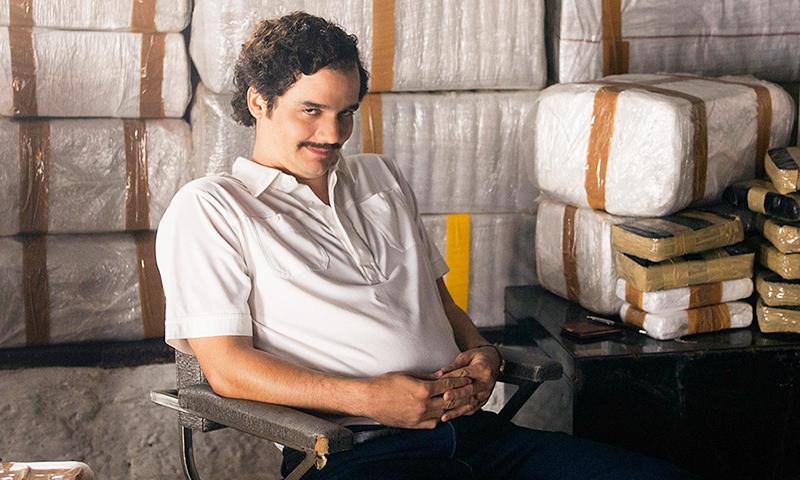 As a Colombian, I’ve had my fair share of drug related jokes, people legitimately ask if my family is involved with a drug cartel or if everyone I know is a cocaine user. The truth is, although I’ve always been understanding of why people have this mentality, after all, that’s how tv shows and movies portray us, I can’t make excuses for offensive comments. Enjoying a good show doesn’t necessarily means believing everything you see. I mean you’re watching a television show not a documentary.

Narcos has become one of Netlifx’s most popular shows. For a good reason, it has a good story line, and great actors. This show captures the story of Pablo Escobar, the infamous drug dealer, and the drug scene of Colombia in the 80’s. I myself enjoy the show, and appreciate not only because they filmed in Colombia, and that half of the actors are speaking Spanish, but also because they include Colombian actors as well. However, I’ve noticed people taking the show as an accurate representation of the country currently. Narcos is perhaps the most realistic show so far about the drug scene in Colombia, considering the fact that other movies and shows have portrayed Colombian cites as small villages, usually never use Colombian actors, and seem to have no research behind them, however, it still not accurate. Although the show for the most part follows the real story, it is dramatized and exaggerated for the viewer’s entertainment. It is also a representation of the country over 3 decades ago, not today. Taking the show as the absolute truth is almost an insult to how far Colombia has come as a country.

To begin with, the show romanticized and idolized the DEA role in this whole conflict, it is almost as if it were a war between the American officials and Colombia. Going against local authorities to put an end to the conflict, truth is, the credit should go to the Colombian authorities for Escobar’s downfall and the end to such a shameful period. Although the DEA played an important role, they weren’t the heroes of this story, for obvious reasons, they didn’t always have the citizens best interest in mind but were rather were focused on ending the drug problem no matter what.

The portrayal of local authorities was almost disrespectful. From the president all the way down to the police. It was almost made to seem Colombia like a joke which was in desperate need of help from the US. Police officers who don’t torture people nor do they ignore protocol all the time as the show suggested. Some deaths and characters are made up to make the show more interesting. And last but not least, cities are not a war zone, nor is everyone related to drugs somehow, which is the idea most people seem to have. Don’t get me wrong, the conflict was very real, and devastating. But Colombia is not the incredibly violent and unsafe place everyone think it is. I’ve had people ask me if I hear gunshots at night, or if I have a normal life back home.

Pablo Escobar is not a hero nor is he a representation of Colombians. He wasn’t for the Colombian people, he was at war with them. Shows usually ignore the fact that for the most part, he was rather unpopular and a horrible person. It seems odd to idolize someone who killed so many people and was the reason of a war drug back in the 80s.

Although the story is real, and it is important to put it out there, it saddens me that this is the image that people get of a country that it is so much more than drugs.

The entertainment industry has always over exaggerated the drug war to capture good stories, which has resulted in a stigma and a false perception of Colombians.

Let’s not forget that this is the Hollywood version of a man that deeply hurt a country and forever labeled them as drug dealers. It is really disturbing to see kids dressed up as a Pablo for halloween. Let’s not idolize a murderer, nor ignore the real story.

Although Narcos is a good show, it is important to remember that it is just a television show.