Why We Need Planned Parenthood 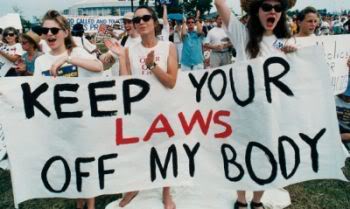 As human’s discovered many years ago, sex is pleasurable and not restricted for the sole purpose of reproduction. Everyone is entitled to sexual autonomy, whether that means waiting until marriage to have sex and having only one sexual partner in their lifetime, having multiple sex partners and casual sex or anything that might fall in between as long consensual is an act between adults.

Putting religion and ethics aside, sex involves one’s body and therefore, is related to one’s physical and psychological wellbeing.

All forms of birth control are essential for men and women to control and limit the risk of unwanted pregnancies which would result in unwanted kids, abortions or someone giving up their child on a option because they are unable to provide for them.

Emergency contraception and abortions act as a secondary recourse when birth control methods were inefficient or not used. STD testing, treatment and vaccines are essential for safe sexual relationships and public health. When not contained, STDs become a public health concern, and can potentially kill people and result on the government tax money containing the situation. Information and counseling is available to those who might not have guidance at home or when sexual education at schools fall short. And lastly women’s and men’s health care are important and valuable to those who can’t get access to it otherwise.

So why is the discussion centered around abortion? Yes, abortion is an important service, but why are some disregarding that planed parenthood and similar organizations are created to ensure accessible sexual health to everyone.

It is not a secret that healthcare is not as affordable as it should be in the United States, making it inaccessible for some. Organizations like planned parenthood, for some, are the only way to access health care regarding reproductive organs and sexuality in general.

It is 2017 and some people still believe abstinence is the only sexual education kids should get, when it’s been proved ineffective. Sex is a personal choice and should be treated like one. Everyone has the right to choose freely and should be offered the information and resources necessary to go along with this choice. It is time to look at sex as both a pleasurable and potentially reproductive act. Personal choices and views should not interfere with public health and the law, it is time to accept that different opinions are ok, there is no one way to do things right.

We can’t expect women to not have abortions while restricting the accessibility to birth control and sexual education, that would only result in more unwanted pregnancies and possibly more abortions. Obama’s presidency has shown that sexual education and birth control are the way to prevent and reduce the number of unwanted pregnancies. Not to mention that access to reproductive health and counseling affect the wellbeing of communities and it is a public health concern. Defunding or getting rid of organizations like planed parenthood will not end abortions in america, but rather promote unsafe and illegal abortions.

Health should not be a matter of political parties or social class. Unprepared or unfit parents are not only affecting their kids but to society as well as they will likely require government support that will likely be shamed for even though the situation could have avoided from the start.

There is no need to continue the vicious cycle.

It is time for everyone to be open minded, look at the facts and eliminate emotion from this matter. Stereotypes and misconception just hurt and become a treat to health.

Whether you’re someone who has multiple sex patterns or someone who waited until marriage to have sex, reproductive health is something everyone should understand, protect and have access to.

Others having access to services you don’t agree with don’t have to change your opinions or decisions. Access to a healthy sexual and reproductive life for everyone should never be seen as a treat.