Pick it Back Up 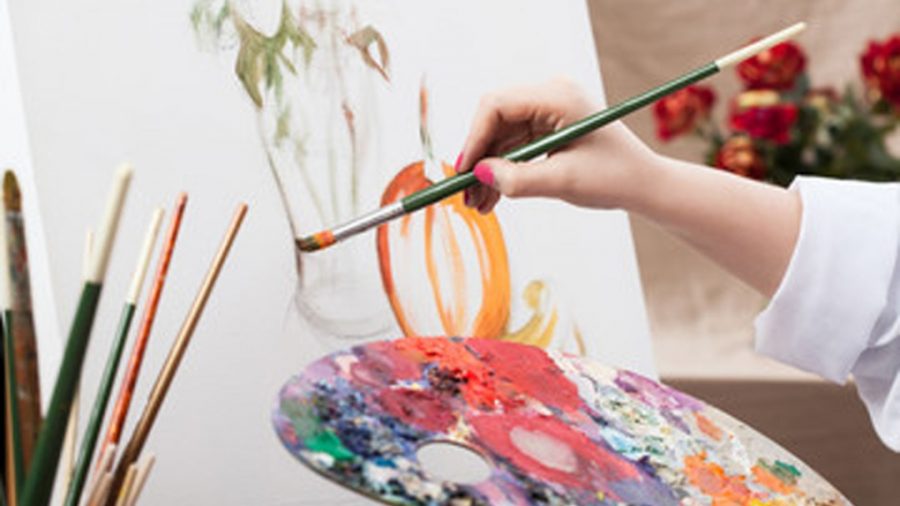 There was a tweet I had read a while ago that said something along the lines of  “Do you remember all the things you loved to do as a kid that you stopped doing as you grew up? Yeah, you’re not supposed to stop doing them.” There was also a video I had seen of a girl who recorded herself doing things that she loved doing as a kid like climbing a tree, coloring, and picking flowers. She did it so she could bring back the happiness that she once felt.

Ever since I had seen those posts, it reminded me of what I once used to love to do but stopped. I used to love to paint, color, take pictures, and pick flowers. I never realized that I had stopped doing those things. I don’t know whether I grew out of it, if I forgot about it, or just got lazy. When I realized it, it made me really sad. The thought of just one random day being the last day of doing those things without even realizing it made me feel upset.

I used to love to draw. My mom used to tell me I was really good at it, but I just always thought she said it because she’s my mom. She even told me that I should pick it up again because I was really good. I never believed her so I always shrugged it off and didn’t pick it back up. I don’t know why I did that. I could’ve been really good by now. Even now, I look at others’ paintings and wish that I had that creativity or that I could paint like that.

I look at my old drawings and find it so funny because at the time I thought they were really good. Maybe I’m too hard on myself and I should just accept my art for what it is since I did it for fun. Which makes me really sad to think that I stopped doing it because I became depressed. Which also makes me think: why would I stop doing something that I love just because I’m sad? Wouldn’t it make sense for me to continue to do it so I can have a way to express myself or to make me happy? My mind always drives me crazy.

Over the last couple of months, I tried to pick painting back up again. My friend and I began painting these little sculptures of pumpkins and cats. I really enjoyed it and it made me want to keep doing it again. A couple of weeks later we bought canvases and began painting whatever we wanted. I painted the solar system. When I finished it, all I could see was the coloring outside the lines and the strokes of the brush. I couldn’t just enjoy my painting because all I saw was the negative. I used to not think of my art like that. I used to love everything I made, errors and all. It made me really upset. When did I begin to think like that? Why was I so hard on myself for no reason? I didn’t even want to hang it up. That’s how much I didn’t like it. It’s still in my room on the floor.

I still want to keep painting though because I love it. Even though it’s a little ugly, it’s still mine. Recently, I started to color in this drawing and at first, I wasn’t too crazy about it. I thought it was alright, but after I showed it to my friend she said it was beautiful. My little brother told me the same thing. That made me feel a lot better about it. I began to look at it more and it wasn’t that bad. I really love the bright colors I used that are mixed with pastels. Not everything I make is bad and I have to stop being so hard myself, which is what got me into this depression in the first place. I’m hard on my looks. I feel like I don’t look as pretty as the other girls, which probably every girl feels this way. But, I really do feel this way. I’m also hard on myself education-wise because I feel like everyone around me is smarter than me. It’s like everything I do I always think something negative and I feel like I can’t control it.

I really want to control it with my art. I don’t want my negativity to stop me from painting again. Even though now I’m really critical of my work, one day I want to just look at my art and be content. It’s kind of like how I view myself. Right now I’m pretty hard on myself but one day I want to look at myself and feel content with who I am.