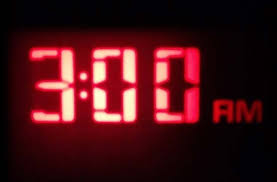 Growing up I never realized how important sleep was until I got older. I think everyone is that way though. I definitely went through a stage of staying up super late in middle school and high school where I would stay up until like 6 a.m.

. As everyone else who stays up late I would just go on my phone or watch something. When I was in middle school I would stay up reading Justin Bieber fanfiction. I used to read days worth of material in a night. I remember one night I stayed up to watch the sunrise. To be honest the sunset is prettier than the sunrise. Even now a days I still stay up late every once in a while on Facetime. It’s not healthy because sometimes I have work the next day in the morning and I go to work super tired and in a bad mood.

Even though we all know it’s not healthy to stay up super late we do it anyway. A lot of people stay up to do homework or study. I’ve always been the type of person that if I don’t know the material by midnight then I’m never gonna know it. I don’t like staying up late to study because I don’t retain anything so there’s no point.

As I’ve grown older, I’ve realized the value of sleep and the power of breakfast. Having a full night’s sleep is the best feeling ever. You don’t keep yawning every five seconds or you don’t have anyone telling you that you look tired. The power that breakfast holds is incredible. Having a good breakfast puts you in a better mood and you feel healthier instead of walking around with an empty stomach. Saying that is ironic considering I rarely ever eat breakfast because I never have enough time to make it because I wake up late. And, I wake up late because I go to sleep late. It’s a never ending cycle. However, on the days I do have a proper breakfast and not just coffee I feel full and happy. I thought it was bologna when people would say breakfast is the most important meal of the day.

Nowadays, I can barely stay up late. I don’t know if I’ve gotten old or something but once it hits midnight I get super tired. It’s like my body knows it’s time for bed. Unless I have a crazy amount of homework to do the next morning I’m not staying up or pulling an all nighter. I appreciate my sleep now more than ever. I think a lot of people think this way since most of us take one or more naps during the day.

It’s crazy how sleep can really influence how we go about our day. If we get enough sleep we can properly function. But, if we don’t get enough sleep we become tired and lazy which affects the way we approach our tasks throughout our day. Like, we might bomb a test because we’re so tired we can’t remember the answers. Being tired affects the way we pay attention in class or work. If we’re tired we might take a nap which may be in the way of doing chores or school work. It also affects our sleeping schedule. Your sleeping schedule could become going to sleep at around 4 a.m. or 6 a.m. and then wake up at around 3 p.m. Then that’s a never ending cycle. It’s safe to say I think we’re all better off just going to sleep at a reasonable time. We’re all getting older and the last thing any of us needs is to have horrible bags under our eyes.