The Lakers capture their 17th title in honor of the great Kobe Bryant. 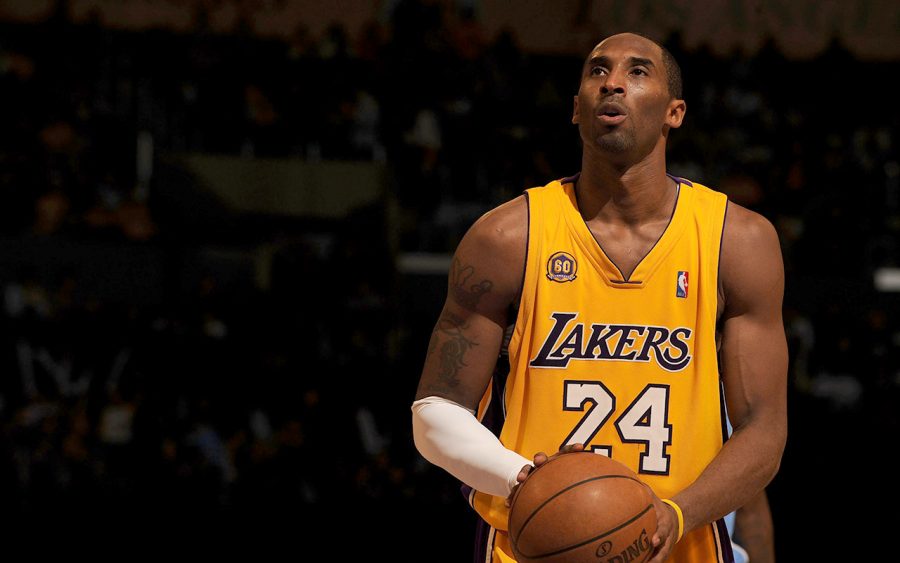 The Los Angeles Lakers were crowned the 2019-20 NBA Champions on Oct. 11. This was 355 days after the first game was played; the longest season in NBA history. Here is the road to the LA Lakers’s win.

For those of you that are not big basketball fans, I’ll begin by letting you know a bit of history about the Los Angeles Lakers. They have a long history of winning, tied with the Boston Celtics, with the most NBA championship rings of all time, 17.

The NBA logo itself is a player named Jerry West, a famous Los Angeles Laker. In the 1980s, the Lakers helped globalize the sport of basketball by creating one of the most interesting and intense rivalries in the history of professional sports. The Boston Celtics, led by Larry Bird, and the Los Angeles Lakers, led by Magic Johnson, played a plethora of grueling NBA finals series against each other. The high IQ, creativity, and physicality of these teams established a new precedent of seriousness for the NBA.

The victories of the Lakers continued in the late 1990s with the accusation of the massive Shaquille O-Neal and the drafting of high school prodigy, Kobe Bryant. The crew won three NBA championships in a row from 2000-02. Shaq left the team, but Bryant stayed. He began calling himself the Black Mamba, inspired by a scene in Quentin Tarantino’s “Kill Bill,” where the female assassin killed a character using a poisonous snake. Kobe saw himself as an assassin on the basketball court due to his cold-blooded offensive brilliance as a sniper and athlete.

The nickname stuck and Bryant became a Los Angeles Legend. Without his all-star center, Shaq, he still managed to bring two NBA championships to the city in 2009 and 2010. The Black Mamba began preaching an ideology called “Mamba Mentality.” The mentality urges the need to be competitive, trust hard work, and to believe in yourself. He spent his entire career with the Los Angeles Lakers, scoring 60 points in his last game at the LA Staples Center.

Bryant tragically died in a plane crash on Jan. 26 of this year. His 13-year-old daughter, Gianna, was also on the plane and died on impact.

The team’s passion to win the championship increased exponentially after the Bryant family deaths, needing to win it all in commemoration of their beloved teammate. The Los Angeles Lakers were already a powerhouse NBA team. Acquisitions of superstar Lebron James and Anthony Davis held the team dominantly as the number one seed in a difficult western conference. Mamba Mentality sunk into the blood of the Lakers and continued to motivate them to win more and more games in the regular season.

In March, the NBA season was put on hiatus because of the COVID-19 pandemic. Many feared the season would not resume. NBA commissioner, Adam Silver, in negotiations with team owners and the players association, struck a deal to have NBA players live in a controlled environment in Orlando, Florida. All personnel would be constantly tested and live in what was called the “2020 NBA Bubble.”

The LA Lakers continued to thrive in the NBA Bubble, continuing to hold the number one seed at the end of the regular season. In the first round of the playoffs, they faced a powerful Portland Trail Blazer team led by red-hot shooter, Damian Lillard. The Lakers were able to hold off the Blazers and win the series in five games.

The Conference Semifinals matchup came against the powerful Houston Rockets, led by Russell Westbrook and James Harden. The Rockets were unlike any other team in the league, not using a Center and thriving offensively from a run-and-gun three-point shooting approach. The Lakers were able to hold off the Rockets and win the series in five games.

The Conference Finals matchup came against the scrappy Denver Nuggets. European center, Nikola Jokic, and Jamal Murray upset the hyped Los Angeles Clippers in the previous round and were riding a high coming in to play the Lakers. The composure and height of the Lakers were too much for the Nuggets, and the Lakers, again, won the series in five games.

Finally, over 11 months after the first game of the season was played, the NBA finals were set. The Los Angeles Lakers would play the Miami Heat in a best of seven series.

The Miami Heat was an underdog team coming out of the Eastern Conference. The team’s best player is small forward, Jimmy Butler but he does not have the ball-dominant approach like most stars do. He believes in the strength in numbers approach, using the depth of the team to his advantage. Rookie, Tyler Herro, veteran, Goran Dragic, and rising star center, Bam Adebayo, had a massive impact on the Heat’s unlikely dominance in the playoffs. The Heat beat opponents that were much better on paper by trusting their teammates and playing together as a unit.

Game 1 was a blowout 116-98 win by the LA Lakers, led by big performances from their star players James and Davis. Miami players, Goran Dragić and Bam Adebayo, both suffered injuries in the game that significantly hurt the team’s chances of winning. Many considered the series to have already been over.

Game 2 was another dominant performance by the Lakers, winning 124-114. Veteran Lakers point guard, Rajon Rondo, brought an unlikely 16 points off the bench, helping lead the team to victory.

Game 3 had one of the most impressive individual efforts in an NBA finals game of all time. Miami Heat leader, Butler, put up 40 points, 11 rebounds, and 13 assists. This triple-double performance willed the Heat to win the game 115-104.

Game 4 was a critical Lakers win, 102-106. This was helped by a strong bench performance by Lakers sharpshooter, Kentavious Caldwell-Pope, putting up 15 points.

Game 5 held a chance for the Lakers to win the seven-game series. They wore their Mamba tribute uniforms and took to the court ready to handle business. Butler was a duel threat – scoring and assisting his teammates. Down by one point with under 30 seconds remaining, Lakers shooting guard, Danny Green, missed what would have been a series-winning shot. Butler hit two clutch-free throws and squeezed the Heat an 111-108 victory.

Game 6 can only be described as the epitome of Mamba Mentality. The entire Lakers team was hitting on all cylinders. Role players, Rondo, Alex Caruso, and Dwight Howard, all had dominant performances that helped pull the Lakers out to a huge lead. The gap rose over 20 points and was unclosable for the fighting Miami Heat. The reintroduction of Adebayo and Dragić into the lineup was not enough, as the players were still hurt and the team could not contain the killer spirit of the Lakers.

In postgame speeches by James and Lakers coach, Frank Vogel, Bryant’s Mamba Mentality was continually appreciated. The Lakers thanked Bryant again for all he did for the game of basketball, the city of Los Angeles, and the world.

The Los Angeles Lakers look to become the winningest franchise in NBA history, hopeful for another championship in the 2021 season.