The grueling history between PlayStation and Xbox 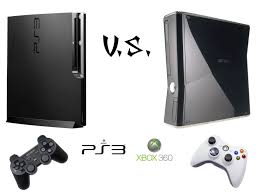 In honor of the release of the new gaming systems Xbox Series X and PlayStation 5 this upcoming holiday season, a history lesson is in order. The two systems have extremely loyal fanbases that will stop at nothing to prove why their system of choice is superior. The debate of PlayStation (owned by Sony) versus Xbox (owned by Microsoft), has been going on since their debut.

Microsoft would not release their first model of the Xbox until 2001, giving Sony a seven-year head start with the release of its first console called the PlayStation in 1994. The original PlayStation relied on memory cards because there was no built-in memory, but the O.S. allowed for better and more complicated games. When released in the United States a year later, it sold 100,000 units in its first week.

The PS1 was released in 1999 as a sleeker and quieter version of the original PlayStation. PlayStation’s popularity grew after the update revolutionized the look and efficiency of console gaming. The controllers were still wired and required memory cards to play.

After the PlayStation and the PS1, Sony released the most popular gaming system of all time: the PS2. The PS2 looked unlike any gaming system in the history of mankind. It was sleek, could play DVDs, and it was backward compatible with PS1 games.

Without any modification, users could play their favorite old PS1 games on their new PS2.

A year later, Xbox came out with its own slew of features such as a more powerful processing system and larger memory. The creator of Xbox, Microsoft, is an American company trusted for their innovations in the tech sphere. The initial surge of sales was great for the Xbox, but they were ultimately bested by the PS2, which sold over 150 million units.

The battleground stands at a firm one win for PlayStation in round one. Round two was a completely different story.

Microsoft released Xbox 360 in November of 2005. The new features were astounding. Users could, for the first time, play music and videos on their gaming console. They could surf the internet, as well as play some old Xbox games with the then newly added backward compatibility future.

Sony had a lot of ground to make up with their release of the PS3 in late 2006. The PS3 came with unique features such as the ability to play Blu-Ray DVDs, which were a staple of high-quality home movie viewing before the refining of streaming platforms such as Hulu and Netflix. Then, Sony’s online gaming service, PlayStation Plus, was introduced to the world.

The PS3 hardware was actually too expensive for Sony to be making a profit at its tagged price. They took a market loss for their first two years and ultimately sold 83 million units. This was much less than the PS2 and only slightly more than the Xbox 360 which sold 76 million units.

The subject of which console is better is very debatable, but the Xbox 360 earned more money because of the initial losses it endured following the release of the PS3. The two systems are nearly identical to one another, both in performance and in specs, but because of this fact, Microsoft ever-so-slightly takes the lead.

These extraordinary consoles are tied 1-1. Microsoft’s Xbox and Sony’s PlayStation squared off again in 2013 with release dates of their next systems coming out only a week apart from one another.

The Xbox One vs. the PS4 is less of a debate. Although the Xbox One had a faster processor, that was about it. With laggier online servers, a $100 heftier price tag, and bulkier design, the Xbox One was blown out of the water by the PS4. The Xbox One sold 41 million units compared to over 100 million PS4s sold by Sony.

This puts the standings clearly in PlayStations favor with a 2-1 lead over the Xbox.

Now, who will win the next battle this month?

We will just have to wait to find out.