In honor of dogs everywhere, helping to keep people smiling 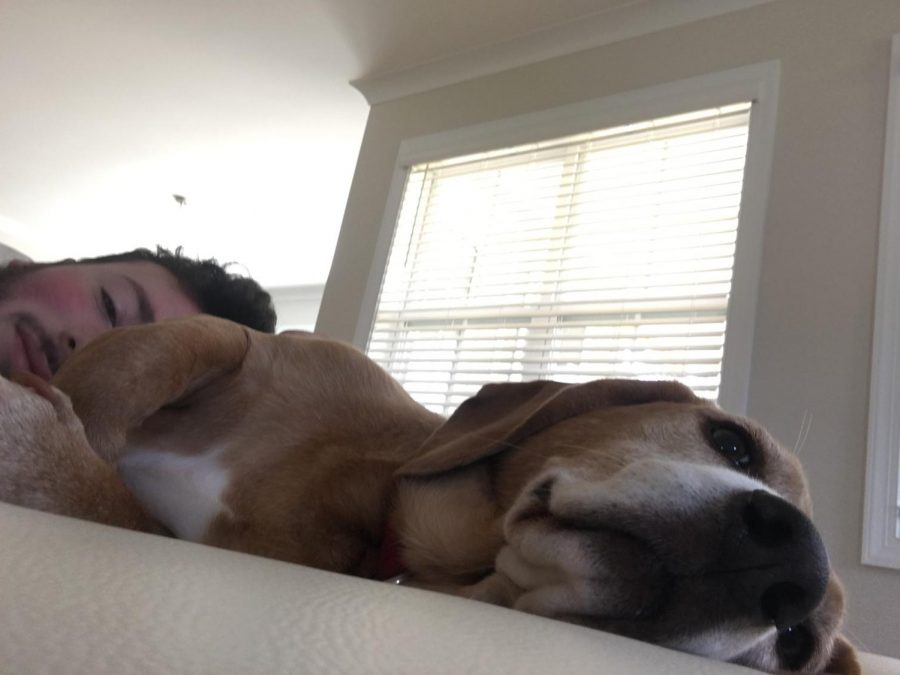 Tenth grade was a very difficult time in my life. I began the year by failing to make the junior varsity basketball team after making the freshman team the year before. The coach pulled me aside during the tryouts and yelled at me for getting out of shape. I had turned from an athlete with great potential to the epitome of a lazy stoner. The quality of my friends was decreasing, as most of my worthwhile friends had left, seeing as how I was no longer as fun as I used to be.

I began selling and experimenting with drugs at the ripe age of 16. I’m not going to get too deep into that topic today because that is not the focus of this story. After my first arrest, I was placed in a rehab program where I spent months out of school. After spending more time home alone than ever before, my mother thought it would be a good idea to adopt a dog to keep me company. It was impossible to know at the time, but she changed my life forever.

Maggie was an indescribable breed of dog. She most definitely had a bit of Basset Hound in her blood, but the rest of her was a mystery. When found by the dog rescuers, she was alone on a farm in Alabama. The tiny puppy was mistreated before entering a shelter program. She was living with a family not far from my house in New Jersey. As soon as we saw Maggie for the first time, it was love at first sight. She was skittish and tiny with golden fur gleaming off the afternoon sun. Right then and there, we signed the paperwork and brought her home. 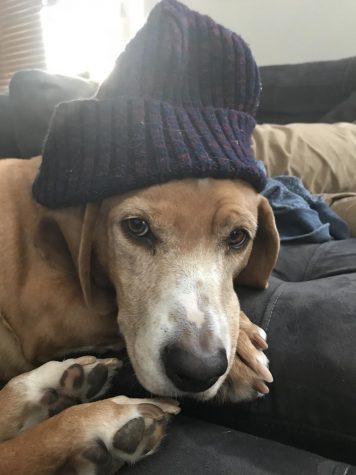 At the time, I was skeptical of adopting a new dog. I did not want to deal with the responsibility of helping to take care of her. She was far from housebroken and would urinate anywhere she saw fit. Maggie was a very poorly behaved dog that seemed to bring more stress than comfort to my family.

As my whole family either worked or went to school, I was left home alone with the tiny puppy. We sat on opposite sides of the couch and watched Netflix together. Midway through a very intense episode of a show, Maggie decided to jump off the couch and chase her tail in circles in front of the fireplace.

Suddenly, I lost my interest in the show and was fascinated by the stupidity of this dog to continue to chase her tail to no avail. I decided to give her a snack that she probably did not deserve, just to get her to stop running around like an idiot.

I cracked open a cheese slice and yelled, “Cheese!” sending her running into the kitchen. It was almost as if she already understood what the word meant. I threw the slice of cheese up into the air which she jumped up and caught on her hind legs.

The bonding continued throughout my entire sophomore year of high school. Through relapses, fights with my parents, and moments where it felt as though all was lost, Maggie stayed by my side. Sharing laughs and taking care of Maggie absolutely helped me through the most difficult time in my life. When nobody else was there, she was my support system, and I fell in love while our bond grew.

I broke out of the rut and regained gravity and substance in my life with Maggie getting older alongside me. She got more comfortable on the couch, in the house, and around guests. She found a new spot perched on the arm of the couch, much like a cat would do. She received a plethora of nicknames ranging from Gert, Gerty, Maggert, and most famously: Chicken.

The name Chicken stuck because of her skittish behavior, always chasing her tail and barking ferociously from a distance. My older brother wrote a song about her titled: “Chicken on the Moon” about this very phenomenon. She became a source of joy and light in our house, revved up with energy no matter what time of day it was. Jumping up on the table to try and eat our dinner and scavenging for scraps were unavoidable daily detriments at dinnertime. The scrappy little puppy had turned into an athletic mid-size dog with a little belly from all the extra servings of turkey and cheese in her dog bowl. 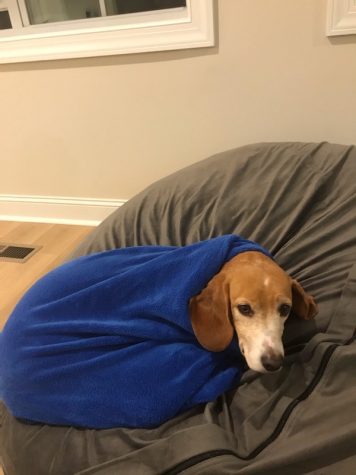 When my family moved to North Carolina, Maggie was the first to get comfortable. She ran around the big house, sliding her paws across the hardwood floors. The backyard was larger than the one we had in New Jersey, which she took full advantage of to run around and sniff like a maniac.

Maggie tragically hurt her back in the middle of November 2020. Even after steroid injections, surgery, and horse-size doses of pain meds, she spent nights upon nights crying in pain. Maggie was put to rest on Nov. 17, 2020. She will be forever remembered in my family as a source of joy and love.

I’ll remember her being there for me and helping me during a time when I would not accept help from anyone. Her light-heartedness, warm comforting fur, and heart were irrefutably important to my recovery.

I’ll always remember you, Maggie. Eat some cheese up in dog heaven for me.