Why Coming Out Still Matters 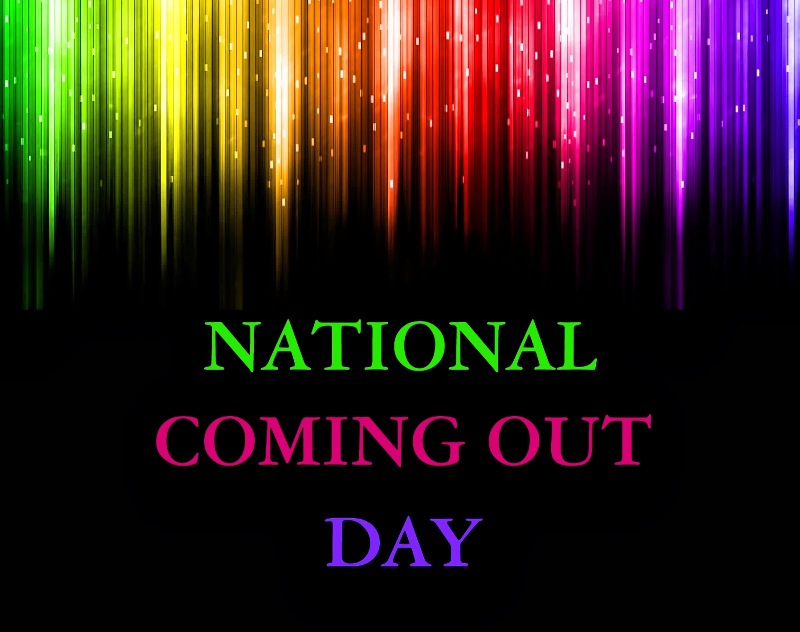 I felt compelled to start typing these words as I sat on the Metro-North. I chose not to look outside the sealed windows to view the landscape of upper Manhattan morph into the broken forests of Westchester County heading towards Connecticut. Instead, I felt compelled to look at those inside the train car.

I looked to my left at the man clinging a Diet Pepsi. I don’t know who he is, but maybe he’s a nice guy. I looked to the front to catch a glimpse, lest she think I’m staring at her, a woman using her long blonde hair as a pillow. Maybe she is tired after a day of work. I heard a woman sitting on the chair facing me speak French as she talked into her phone. Maybe she was talking to someone important to her because of how long the call had gone.

I don’t know. They did not come out for me to know.

I would had to come out to them and, I guess, the rest of the people in the train car as well if I said out loud.

Coming out is an experience only those who are LGBT can claim. Unlike those who Hispanic, female, or a distinct ethnicity, who are given an identity from birth and reinforced by parents and family who share that identity. A simplified view of the complexity of identity for sure, but important in its contrast to those who are, “Friends of Dorothy,” are of “the love that dare not speak its name,” are big fans of Madonna, or more known today as people of the LGBT community.

We have to travel on our possibly breezy or perilous journeys to discovering, learning, and accepting our own identity. Coming out, even if only once to ourselves, is the end of that journey (Another journey starts immediately after, but that is another column).

The month of October plays host to a special day commemorating this end of the road that was taken. Today, on Wednesday, Oct. 11, is National Coming Out Day (NCOD).

A day born in remembrance and perseverance. On Oct. 11, 1987, 500,000 people took part in the March on Washington for Lesbian and Gay Rights demanding equality and recognition. This same day The AIDS Quilt was unveiled displaying thousands of fabric squares paying tribute to each individual who died of AIDS-related causes.

The outpouring of emotion from that day caused a hundred LGBT activists to meet in Virginia who created National Coming Out Day, which was first celebrated the following year and every year since then.

It always feel ironic to me October is the month of National Coming Out Day. October was the same month, I first came out to myself, my friends, and not my dad.

I cannot tell you the date, but I can tell you the scene. I came out to myself crying on the kitchen floor, hoping, begging, and praying, that I would not be given another reason for people at school to not talk to me or bully me. I was afraid I would lose all my friends. I had barely learned the words to describe how I felt a week ago.

I went to school the next day terrified just saying it to myself had caused an alert to be sent to everyone.

The first coming out was full of “life or death” venting. The second sounds seamless. Over a rather uneventful lunch in the cafeteria with about almost a dozen of us sitting on a hard long metallic table, someone brought up a random thought saying they didn’t know any non-heterosexuals. For the record he didn’t use non-heterosexual, but it wasn’t derogatory in anyway.

“You are?” he asked back. An answer he didn’t expect to get from his random question. The moment was like a breeze. It came and it went. There was little discussion or even much talk about it. Not to hide it, but felt no need. It was said and it passed. I spent another couple weeks confirming for people at the table they heard it correctly.

A funny part about coming out is how you do it, even with, fellow people who are LGBT. I came out to a friend who was one of the most fabulous people I ever met and was still afraid of his reaction.

I didn’t come out to my dad in October to bind the other two with it as a trio. I did it on a Sunday night in February. I think I had watched a marathon of TLC shows in the hours before. I asked my dad if we could talk and it was a disaster in a good way.

I fumbled it like I was admitting to failing a test. I barely remember it because of how embarrassingly bad a coming out it was. I described my doctor’s visit like a retelling of a medical drama and groceries to get as though it were an immediate priority, before finally saying how I felt.

I struggled, but it was still serious. I had thought in my head how to handle an awful reaction in the harshest way. I had saved the cash my dad gave me the past month in case of the worst to happen.

My dad was quiet the rest of the night. It is the not the best or worst reaction, but better than many sadly. I didn’t expect an amazing reaction from a man born in 1950 who is a traditional German-American Lutheran. However, the sun rose and I woke up without a fear of being kicked out.

You may be wondering why I saying this all to you. Well read all the above again because you missed the point. You may have also noticed I never said how I describe what I feel, because that is not the point either. 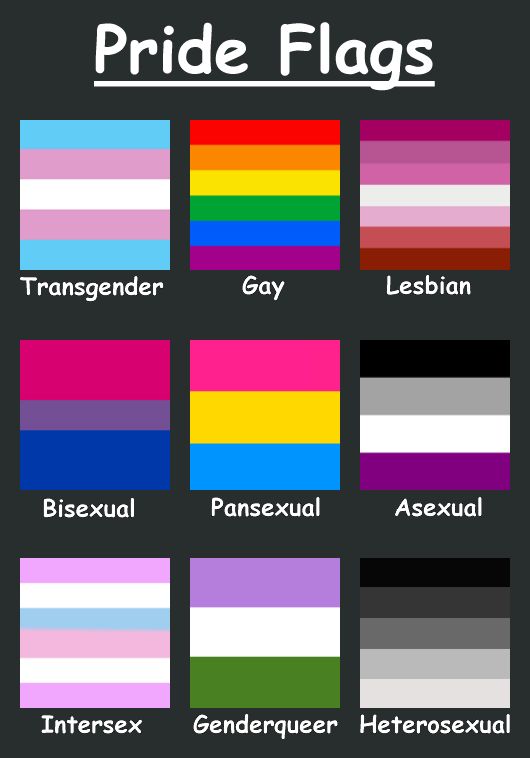 How I feel, label, or describe myself does not matter. What matters is you know I exist. What matter is I am visible, which can only be achieved by the act of saying I and millions of others in every town, state, and region of this country are not all heterosexual, but of many different shades each with a right to dignity, respect, and equality.

Harvey Milk, the first openly gay-elected official in the United States, said 1978, “Gay brothers and sisters, you must come out… break down the myths. Destroy the lies and distortions. For your sake. For their sake.”

No progress has ever been made by staying silent or remaining vague about why you speak out. Every inch, yard, and mile of progress for the LGBT community was made by LGBT individuals speaking out and living their truth, sadly sometimes, at the cost of their families, friends, jobs, and lives.

Coming out still matters because demanding visibility and recognition means having all the rights and privileges any other group or community deserves.

Coming out matters because how else will people know we affected history. How many know who Harvey Milk is? What about Frank Kameny? How many students studying mathematics, history, or computer science know Alan Turing, who played a crucial role in breaking the Germany’s military code, was gay, but persecuted for his sexual orientation despite his service in leading to the defeat of the Nazis?

California requires by law that LGBT history be taught as part of the state’s history curriculum. An expectation equal to the expectation the historical contributions of women and people of color be taught in school.

The California law and only one in the country was not done in a random fashion, but by LGBT Americans saying we exist and want our contribution to this country and the world be taught.

Coming out matters because how else will we see ourselves represented in our government. Senator Tammy Baldwin of Wisconsin, Representative Mark Takano of California, and others saying their truth guarantees we do have a voice in the governing of our country.

However, Senator Baldwin’s election to office, partially, came from her constituents knowing other people who are LGBT in their lives. Visibility may possibly bring violence and heartache, but the arc of history proves it does lead to safety, comfortability and acceptance of the larger community.

Hollywood and entertainment at-large while stereotyped as an attracting force for people LGBT has its own struggles to bear. Actors and actresses pressured by studios and agents to not say their identity. Directors and crew members afraid of being shut out of the industry.

The image projected may be one of acceptance, but the true test is how many major studios are creating films with LGBT characters. How many LGBT people are in industry positions that give them an ability to shape how a film, TV show, or web series is created?

Coming out still matters because the current administration is consistently trying to roll back protections for the LGBT community.

Coming out still matters because our government should listen to us, the safety of LGBT students should be valued, and what we watch should give space to our stories.

Coming out matters because it is the core of why millions of Americans and people across the world have opened their minds and hearts to their parents, siblings, co-workers, friends, classmates and mere strangers. Who are as valued and flawed as anyone else no matter their identity. 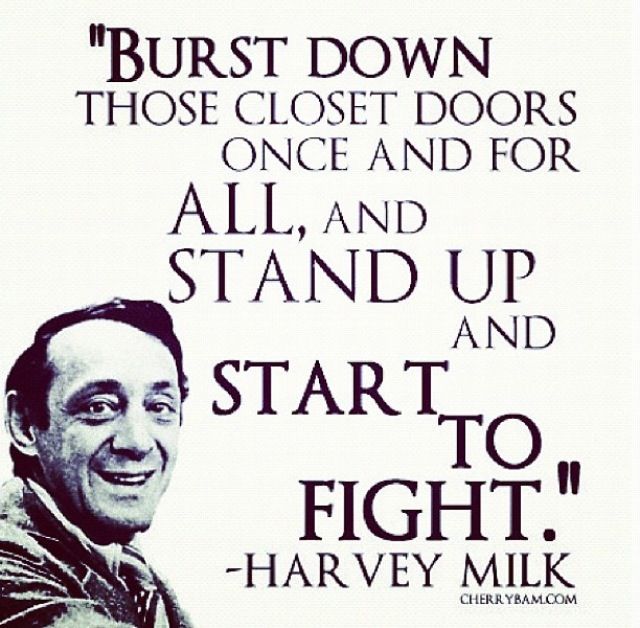 Finally, to all those LGBT I say to you directly: Do not become okay with the status quo. If you feel no discrimination against you remember someone else is facing it. Do not allow yourself to being seen as a “product” meant for entertaining others, remain on the sidelines, or go to pride and other LGBT events for only the party.

Remember yourself, but remember them too.