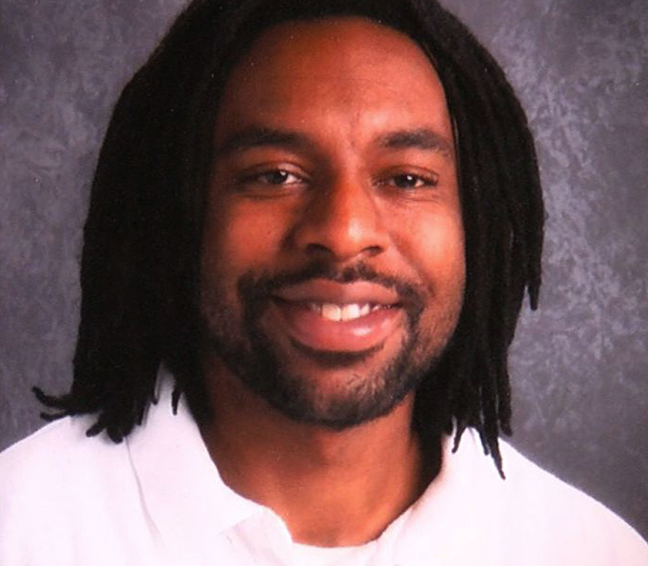 These four individuals and many others became names that rallied demonstrations against police brutality and misconduct, devoted news cycles to the events leading up to their deaths, and conversations about the state of race in our country.

Each person with an individual story that touches on the many facets, complexities, and questions regarding race in the United States.

Tamir Rice, a 12-year-old boy who was killed by police because they assumed his toy was an actual gun necessitating his shooting. How deep are racial stigmas and prejudices applicable to the youngest among us? Sandra Bland, a woman from Texas who was arrested and pushed to the ground by police after refusing the officer’s order to put out her cigarette and threatening he, “will light [her] up!” with his Taser. Bland later committing suicide in jail. Can people of color interact with an officer as they are or must they be “on the tippy toes” for fear of any perceived slight? Trayvon Martin, who was killed by George Zimmerman after walking back to his home after buying a canned drink and skittles. His death blamed by some on what he was wearing. How does clothing invoke racial stereotypes?

Philando Castille was driving with Diamond Reynold, his girlfriend, and her young daughter when he was pulled over by a police officer, Jeronimo Yanez. 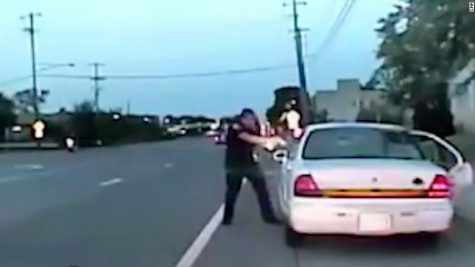 JY: “Don’t pull it out.” (Seven shots fired by Yanez inches away from Castile)

Is a person of color’s safety or life at risk if the express their right to own a gun, and is this right recognized for people of color?

A question that was not at the immediate forefront of the reaction to Castile’s death. Understandable as the horrific video captured live on Facebook by Reynolds is enough cause alone, but for those dedicated to focusing on one cause alone it is the National Rifle Association (NRA) that has failed in bringing Castile’s rights to the forefront.

At the 2016 NRA Annual Meeting, NRA CEO Wayne LaPierre described the organization as the “oldest, largest, and most effective” civil rights organization. However, the NRA’s response to Castile’s death was more tepid, than an effective call to arms. A statement by the NRA said, “As the nation’s largest and oldest civil rights organization, the NRA proudly supports the right of law-abiding Americans to carry firearms for defense of themselves and others regardless of race, religion or sexual orientation.

The reports from Minnesota are troubling and must be thoroughly investigated. In the meantime, it is important for the NRA not to comment while the investigation is ongoing.

Rest assured, the NRA will have more to say once all the facts are known.”

This is not an overly-long quote, but the entire statement by the NRA. The last two sentences are particularly interesting because the NRA as an advocacy organization and by its own branding is not known for its “wait and see” approach to commenting on matters it deems relating to gun rights and the Second Amendment. Also, the final sentence infers that a follow up will be made when the investigation is completed. Well the investigation was no longer ongoing on November 16, 2016 when Yanez was charged with three felonies, including second-degree manslaughter, or when he was acquitted on June 16, 2017.

No statement was made by the NRA on either day or in the days after. The NRA didn’t raise its voice and join in the thousands that protested the not guilty verdict of Yanez. Relentless criticism that included gun owners and several conservative news outlets did not prompt a response. It was only after a forceful letter by organizers of the Women’s March about an ad the NRA released and asking for a statement about Castile did Dana Loesch appear on CNN’s New Day to respond. Loesch said, “Do I believe that Philando Castile deserved to lose his life over a [traffic] stop? I absolutely do not.”

Since then, no further comment has been made regarding Castile and Loesch had to be asked if she was speaking for herself or in her capacity as an NRA spokesperson.

This lack of response by the NRA does fuel an argument against the NRA calling itself a civil rights organization. However, the NRA did accept civil rights activist Robert Williams’ application to start a Monroe, North Carolina Chapter of the NRA called the Black Guard so African-Americans would be prepared and equipped to defend themselves from the from the KKK and other racist-led attacks.

Neither side of the debate on guns is free from the discussion and history of race in the U.S. Laws dictating the ownership and use of guns were used at different times in U.S history to discriminate against people of color and their ability to defend themselves. As Adam Winkler wrote in The Atlantic on the history of guns in the U.S, after the civil war Southern states, “adopted the Black Codes, laws designed to reestablish white supremacy by dictating what the freedmen could and couldn’t do. One common provision barred blacks from possessing firearms…”

The Black Panthers, a revolutionary party that advocated civil rights was known for patrolling African-American neighborhoods with guns to protect residents from incidents of police brutality. In response, The Mulford Act outlawed public carrying of guns in California. The law was signed by 1967 by then-Governor Ronald Reagan who said the law, “would work no hardship on the honest citizen.” Coded language from Reagan who would once advocate for abolishing the Bureau of Alcohol, Tobacco, and Firearms, which enforces federal gun laws. Also, the NRA supported the passage of The Mulford Act, which brings us back to the question of, “Is a person of color’s, rights, safety or life at risk if they use their right to own a gun?”

This is not a question solely for the NRA, but the public at-large.

The NRA says there is right to carry a gun and defend oneself regardless of race. The NRA has branded itself as the leading voice on gun rights and is eager to have its positon heard whenever the debate on guns is brought up so why are they silent this time?

Adding to this prior point on having its positon heard, the NRA has been vocal on other topics, such as, Hollywood, the Women’s March and Donald Trump. Reminder, Loesch came on New Day to rebut criticism that the ad referencing these three topics was inflammatory.

The NRA can easily bring a discussion on this topic to the forefront. As John Oliver displayed in an October show this year the NRA is able mobilize its supporters with alerts on legislation. The alerts specifically saying when the legislation will heard from the day down to the exact room number. The NRA is one of the largest special interest groups in the country and has its own video news outlet, NRATV. It stands to reason, the NRA could send out an alert tomorrow to its supporters to press their elected officials to address police brutality and misconduct, or have Castile’s death discussed in length on NRATV.

It is time for the NRA to put up or shut up. Will it visibly and vocally defend people of color’s Second Amendment rights and speak out against the prejudices and stigmas people of color have faced when exercising that right?

It is not enough to have spokespeople and media personalities who are of color or make general statements that make promises not kept. This is a question that personally affects thousands of people of color who own guns, are interested in purchasing one or train to use one, or are supporters of gun rights.

My personal opinions on gun control and gun rights are irrelevant, but my personal circumstances are not. I spent my entire life growing up in an area that is heavily wooded with sparse cellular service and population. President Obama once admitted he understood why those in rural areas could place personal defense as a high priority. A couple years ago, my truck got stuck in a gulley close to midnight on a road that was miles from the two closest towns. I was scared. It was pitch black and I knew any help would take some time. I was lucky that several motorists passed by and assisted me, but what if they had driven by or worse?

This is not only situated solely to my hometown or rural areas, but urban as well. Last summer, I lived in New York City for an internship. On two occasions alone I was harassed and accosted with fear for my safety. Luckily, I noticed early I was being closely followed to make my escape and the other occasion was able lose them after entering the subway terminal. However, what if I was not so lucky?

Part of my identity is as a Latino, an Indigenous American, and a gay man. I have grown up in a situation where I’ve observed and been the recipient of racism and homophobia. My town’s Police Chief and police force once had to be investigated after the Police Chief sent racist caricatures of Obama to several people. I am not blind to the world, but a realist of it. I am currently unable to place my full trust in the police to protect me or have my best interests. The Pulse Shooting shook me to my core. The majority of lives lost were young, Latino, and LGBT. How could I not be affected?

It is a compilation of these events that has spurred my recurring consideration of purchasing a gun. A consideration that has grown and reoccurred lately because I am now twenty one. I can now legally purchase a gun and apply for a pistol permit to carry it on myself or in my car. I am considering purchasing one for my safety, but purchasing a gun may be what places my safety at risk.

I do not want to face the same fate as Philando Castile.

Castile made Yanez aware he was carrying a gun. He was clear that he was not reaching for his gun. He did everything the NRA, Everytown for Gun Safety, and logical person would do. He still lost his life.

If I choose to purchase a gun or any form of weapon to use for self-defense I want my life, not just my right protected and recognized by the NRA. My rights and Castile’s rights are meaningless if there is no life to exercise them or is ended because of them.

Any loss of life to injustice merits and deserves a response by all, especially those who claim to dedicate their lives to the topics, events, and values they relate to. The NRA has no excuse to remain silent.