Beauty is at the core of this season's exploration of fame, social status, and identity. 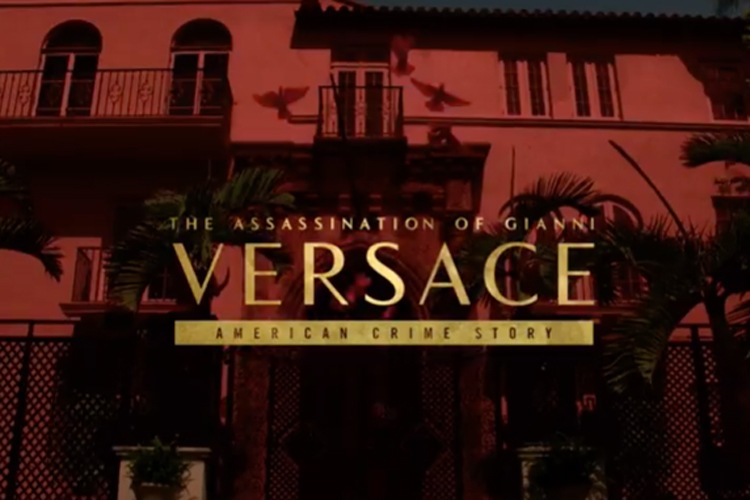 Ugly does not exist in American Crime Story: Versace (Full title: The Assassination of Gianni Versace: American Crime Story) from its illustrious opening of Gianni Versace awaking in his decorated to the final tile house to [SPOILER’S AHEAD] the perfect layout of the newspapers Andrew Cunanan purchases displaying Versace’s murder across the front pages. The cinematography and work of the director is the beautiful glue that brings together captivating performances motivated by the unfolding events around them.

The extreme attention to beauty in this installment of American Crime Story exposes one of the overarching themes: We want to be noticed, to be somebody, to be worthy of attention from someone like Versace. Beauty as vain as it might sound is what can achieve all this. Beauty expressed through clothes, physical appearance, emotions, settings, and so on can shape the perception of anything. If it is not then a large portion of our popular culture and creative industries are a lie that Ryan Murphy will expose in his exploration of the life and murder of Versace, and the chase for Cunanan.

The opening scene closes with Versace looking out towards the vast ocean before the camera flips  to focusing on him. The camera rises from above as the wind blows Versace’s robe in the air. If a person only saw this scene and knew nothing of the show they could very well believe it is the introduction of god himself. In ACS: Versace, Versace could be described as God. Why not, as Antonio D’Amico describes in the aftermath of Versace’s murder men did not need to be paid to have sex with him because his genius captivated them. 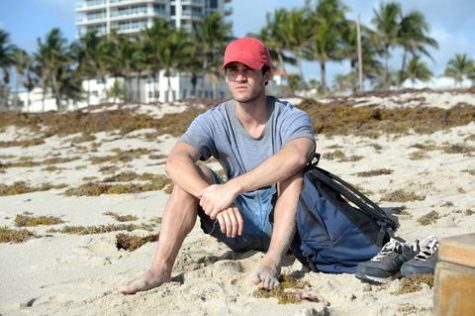 Andrew Cunanan, played by Darren Criss, is one of men captivated by him. Criss’ performance captures the mental turmoil Cunanan embodies. A man wrecked by a desire to be anybody but Andrew Cunanan or, at least, an Andrew Cunanan people like Versace want to be around. It is why Cunanan forgoes the meager options of his sparse closet. Instead, he decides to use his sister Lizzie’s husband’s suits instead as his attire for his opera date with Versace. It is when Lizzie finds her brother trying on her husband’s suits that we witness the shame Cunanan feels. A shame that drives him to want to be more than described as “look nice,” but the look of someone who has of course the best education, is the son of a rich pineapple businessman, and the gull to extend the offer of decorating the clothes of the film adaption of his fake book he is writing to Versace as though the famous designer is an amateur theater worker.

A series of lies not wasted alone on Versace, but on Lizzie, her husband, and fellow University of California, Berkley students. Cunanan lies it was Versace that came up to him, because he painfully wants to be someone Versace would walk up to. Cunanan turns down the advances of a fellow student, even after, he called out Cunanan on all his lies and hypocrisies, and still wanted to be with him.

It could be Cunanan’s desire to be someone else and the lies he weaves are what lead to him shooting Versace. This speculation will only be answered in the coming episodes, but what we do know is D’Amico, Versace’s companion, and Dontella Versace, his sister, played by Penelope Cruz, are left to pick up the pieces after Versace’s assassination. 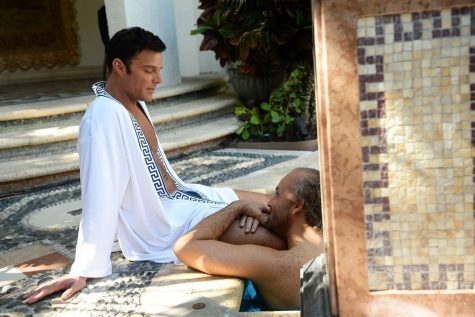 A theme previewed repeatedly in the premiere is how attitudes towards homosexuality and the character’s own sexualities will affect the criminal investigation. D’Amico when questioned by police is first asked if he was Versace’s escort handler. D’Amico becomes offended at the perception that he is the pimp or boytoy of Gianni Versace. He wants the police officers to know he is the partner and companion of Gianni Versace. That is the person he wants to be known as: a man who’s inner and outer beauty made him worthy of Versace’s love and devotion.

A want Donatella Versace is not interested in helping. Her first line of the series appears to be her demanding D’Amico be removed from the house. The verbal action coming after D’Amico’s hand reached out to Donatella in a plea for help. The result is revealed to be the removal of the police officer and not D’Amico, but Donatella asks not how he is doing, but what he told the police officer. 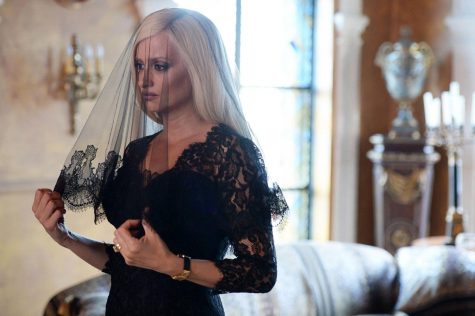 Donatella makes clear that the stain of the Versace brand, company, and creator’s life will not be tolerated. It will be protected under her watch. It is why she came to America. Her entrance into the series of her stepping off her private jet radiates the beauty of a movie star returning from a vacation abroad.

She leaves D’Amico alone with blood stains still on his clothing to speak with the businessmen in charge of the company. She regales the businessmen in a manifesto declaring Gianni Versace will be alive, as long as, the Versace brand and company survives. It will not be destroyed by a “nobody,” she says referring to D’Amico, telling anyone about Versace’s true life. A declaration in contrast to Gianni Versace’s explanation to Cunanan at the opera that he hopes his clothes will let other’s learn more about his true self and personality.

Well that hope and the god preaching it have been assassinated. A new god of the Versace’s has risen and her name is Donatella Versace as seen in the visual of her looking out as she stands alone on the balcony. What she does with that new authority remains to be seen.

How Andrew Cunanan uses his new authority as a man capable of killing remains to be seen, but is teased in the preview of what is to come in the second season of American Crime Story.

What has been seen is that The Assassination of Gianni Versace: American Crime Story is a beautiful addition to the television landscape. Gianni Versace only creates more beauty, even in death.

What are the pills Versace took in the first minute of the episode foreshadowing?
Everyone is HOT in American Crime Story: Versace. The entire main cast, the Versace household staff, the “hot nerd” who is turned down by Cunanan, even the old men in bathing suits. Leave it to Murphy to find the best looking old men in bathing suits.
Observation by my Clinical Laboratory Science major viewing partner: “That is not how doctors should dispose of bloodied gloves. I demand accuracy.”
Is D’Amico’s tennis partner involved in a sexual relationship with Versace and D’Amico?
The man trying to get into his car deserves being pulled to the ground by a police officer. Side story should be on what crime that man thought he was being arrested for.
If the person responsible for the cinematography does not receive multiple award nominations I’m committing mass arson.
All scenes involving Penelope Cruz as Donatella Versace should be turned into Gifs and Memes. First gif is her arrival off the private plane.