I Don’t Need an Umbrella and That is Okay

Dating apps are a complicated relationship, let alone, how it is involved in our wider dating lives. What happens when I remove them briefly from my life. 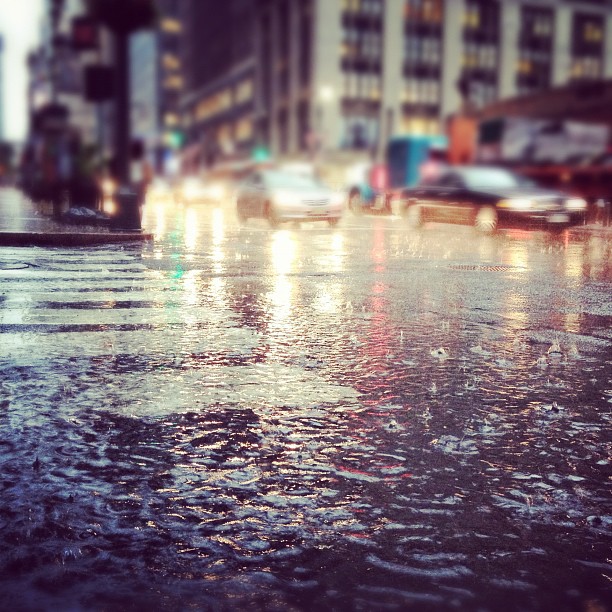 Maybe it was the second weekend of college or it could have been the third. What I do remember is the torrential pouring raining smashing the ground outside the doors of the first floor of the Main Hall building. I looked outside at the rain muttering “shit” under my breath for not having an umbrella. Here I was one week into having a dating app and I was preparing to run outside into the rain for a stranger.

My backpack hanging off one shoulder and leg shaking as I clutched my phone in my right hand. Waiting for the notification sound of another message. The sound like a wooden plank falling came. “I’m here. Near the soccer field.”

My last chance to turn myself around. Is this what these dating apps are for? Is this what I want? What am I doing? I couldn’t muster an ansewer as I walked out the first set of doors. I stopped right at the glass as I looked out. The raining beating the Earth as it fell onto it. The cold and dampness could be felt through the barrier between me and it. “Ready?” was the question I thought to myself.

I opened the door and walked outside. The rain trying to drown me as I took the first few steps down towards the parking area by the soccer field. I felt disgusting as the rain created a new pattern along my jeans and T-shirt. The drops hitting my head feeling as tiny bricks. As I saw a figure wave me over from his car I sprinted.

As I entered and sat myself in his car, pleasantries and small talk exchanged of course before he started to drive, I found myself asking the question again. What am I doing?

It’s the question I would subtly ask myself sometimes in honest confusion, happy disbelief, and embarrassment over the next three years leaving one app for another only to get a second, then exile the second one as only an unused app buried in my phone. Until three weeks ago, when I decided I was done.

I was exhausted and over them. I am unsure when I officially decreed to myself to stay off them. Maybe, it was on the train after work or late one night laying in my bed, but I knew I just not that into dating apps anymore. I sat in the library struggling to motivate myself to finish an assignment. My trick of hiding my phone in my backpack failing as I pulled it without hesitation.

As I the app loaded my phone buzzed signaling I had messages. One from a ten minutes earlier. The complimentary pleasantries of “Hi” and “What’s up” extended before he quickly moved to the most important word in the dating app dictionary: “Looking.” I messaged back “Yes” and my chest ached as I sent. Before I could even turned off my phone I felt the buzz again of messages. The L.I.P questions of course: Location, Into, and Pics?

I deleted the messages.

I couldn’t do it. I’m twenty-one years old. I can go out to bars. There’s no event I’m not of age to go to. Can’t I meet people in person first without them already making a judgement off what is said on an app? Wasn’t I not being of age and little to no openly guys who like guys on campus the whole reason I got one of these dating apps?

As the next couple days went by it felt a bit off putting to not use a dating app. It’s like if you had a classmate you would always see around campus everyday suddenly disappear. You’re left to wonder where they went. I had used a dating app since the beginning of college. It was how I met people for dates, the late night fun, and gain a few stories for those late nights with your friends at a diner or early morning train ride home if it’s that kind of night.

I felt at ease after the first couple days went by. I was content, mellow, and less on edge. I was not hoping for a response from someone I messaged or annoyed to receive messages from profiles that had were barren of information. I did not have to receive unwanted dick pics that I did not want and no one would ever ask from them. However, my decision to detox from the app was not solely a discontent with it, but my realization whatever I hoped to find on these dating apps was not working.

The guy I had messaged back in the library cause me to realize I was simply saying yes or no to whoever messaged me back or I answered their message.

I wondered to myself if dating apps are like a buffet choices for us, then why am I taking whatever was thrown on my plate?

Had it always been this way or had I become lazy? The questions buzzing in my head as I sat on the train full-speed along the Hudson River on the evening of Day 6 of my detox. The sky as filled with clouds as my mind was filled with thoughts. I placed my mind to the test. What did I really did I want to find in a man, in a relationship, or in a date?

Well, I knew I need my personal space? I want someone to share my day with and be interested in their day as well. What’s the point of going out with someone to dinner on date when you’ve already snapped your whole day to them? Also, I’ve come to realize I need to be intellectually stimulated. There is always that punchline on comedies of a girl saying the brain is the sexiest part of the body, before she gets laughed at by her friends. Well, I still don’t think it’s the sexiest part of the body. I still place a great smile first, but I’ve been converted to place the brain in the top five. I need someone who stimulates me physically, emotionally, and mentally. It’s hard to find a man who can go for hours physically so I need someone I want to spend hours talking with. No more dumbing myself down. Plus, a sense of humor. Have it or be gone.

It was on Day 9 I gave up on the detox. There is nothing scarier than going to an event solo, especially a networking event. You by yourself in a crowd of people you don’t even know. You trying to stay off your phone, meanwhile, everyone else is on their phone not speaking to anyone else. Before, the panel discussion began the event host directed us towards the food that had just arrived. The crowd mainly silent, except, for the few people that came with another person. Here I was having trouble talking to people who are here to talk to other people. Yet, I thought I could walk up to a guy in a bar or a party. I still have some ways to go and the app was not helping me get closer. As I stood in line trying not to be on my phone, I felt ashamed because I had been on my phone before I arrived.

It was before the event that pushed me to go the app again.

As I ascended from the subway staircase onto Union Square Park I was looked around. The benches and park paths mainly vacant for a few stray people passing by for another destination. The area that been filled in the summer with people you were lucky to find a seat on the concrete steps that led into the park. 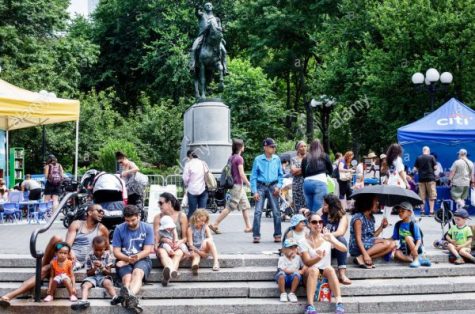 I remembered how a date and I once walked together through the area, how only a few blocks away was a man I had a friends with benefits relationship I had ended a few months before, and I remembered the relationship I ended on a bench in that park. All these situations started with the buzzing of the app to let me know I had gotten a message from them.

I may be overdramatizing it, but without batting an eye I pulled out my phone and went on the app.

I was disappointed again by it. The only messages I had received were advertisements and one from a guy who I had blocked a couple months prior because he flaked out on me. Oh yeah, another thing I want in a man is no flakes. No flakes for me.

After, the networking event that night I never officially went back on the detox, but my time on it has drastically decreased. The app is still far buried in my phone, but I’ll occasionally go on it once or twice every three or four days. If you have to have a relationship with something, at least, let it be healthier.

Maybe, it’s already started working. A guy messaged me with a profile describing himself in ways that did not involve drugs or sexual preferences. “Give it a shot,” I told myself. What led was five days of talking over snap, then a date on Valentine’s Day. A confirmed date because people try to be ambiguous in these modern days.

After an hour of sharing appetizers and comparing how each other’s drinks tasted we left for a nearby park, before he had to go on the subway back to Hoboken. It was a date you could hope for unless it was on Valentine’s Day when it’s a movie plot waiting to happen.

He preceded to ask me, “Hey, serious question what do you think about mental illness.” Remember, I want to be intellectually stimulated, but I could tell this would not lead to a though-provoking discussion. What occurred after was fifteen minutes of him first discussing his friend’s suicide attempt, then talking about his anxiety attacks. I listened and tried to reassure him everything will be okay, but am I crazy for being startled at what was occurring?

As I put on my best face on and I tried to steer the date back to where it was before. It’s endearing someone can trust you to talk about heavy and emotional topics, but I would not recommend a first date with someone you only started talking to five days’ prior as the most appropriate time.

With a kiss, I said goodbye to him before he went down the stairs to the subway. The rain drops that had begun to fall only minutes before it pouring rain as I continued to walk along the sidewalk. 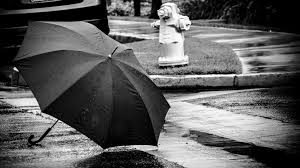 As I stood on the corner of Greenwich and 9th Avenue without an umbrella I felt no need to run this time. I can wait for the crosswalk signal to change. No need to risk it. The rain that was dousing me from head to toe did not bother me and neither did what happened on my date. I could handle it. I did not need to find cover from it. Any hurt or disappointment fell off me like the raindrops dripping from my soaked hair to the ground below.

I did not need an umbrella and that is okay with me.