Zoey 101, Drake & Josh, iCarly and several other TV shows on TV channels like Nickelodeon were the shows of my years growing up. It was those types of shows that hit the mark just right. The characters were just entering high school, but were still relatable to kids between fourth and ninth grade. The characters who seemed to jump right to high school graduation when Nickelodeon decided to end the show.

The light teenage angst about romance and friendship was embodied in Zoey 101. Drake & Josh capitalized on the adventures, misfortunes, and annoyances of having siblings and rebelling against your parents as a teenager. iCarly was ahead of the curve as it foresaw the YouTube web series and social influencer culture that would dominate our society before anyone else did. How far ahead of the curve was it? It was so far ahead when it was airing it considered American Idol still worth parodying one episode.

All three of these shows were funny, smartly written, and did not degrade its young audience with basic jokes. However, one show did something none of the three mentioned and many other shows didn’t. True Jackson VP was a show led with a person of color in a lead role and its premise had the character in an executive position so few people of color are in today. In this gluttony of TV show reboots from Fuller House to Gilmore Girlslets, I believe a reboot of or show inspired by True Jackson VP is needed not for entertainment value, but the message it carries. 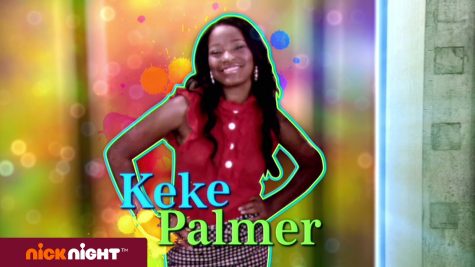 True Jackson VP starred Keke Palmer as a True Jackson who impresses Max Madigan, founder and CEO of Mad Style, with her creativity in altering his company’s clothes to fit her fashion style. Madigan decides on the spot to hire Jackson as the Vice President of the company’s youth apparel division. Jackson, being only fifteen, had to ask her mom, but it was a done deal. I mean it’s certainly a better way to spend the summer than selling sandwiches and cold drinks in the fashion district of New York City.

Jackson’s sudden hiring to be a Vice President of a fashion company is the fantasy work of television. However, her character’s job position is a subtle inspiration for children of all races, especially children who are of color, and both genders that they can dream to run their own businesses. The can feel empowered to want to become leaders of companies as they progress to teenagers, to college students, and then as young professionals. An empowerment that is greatly need to overcome the leadership glass ceilings that currently exist in many professional fields and industries.

The reality of many companies and businesses is that women and people of color make a small fraction of CEO and leadership positions. A report by Fortune found of the sixteen Fortune 500 companies that were willing to share their employee demographic information only 20.5% of senior managers and 6.4% of CEO positions were held by women. Only 3% and 2% of senior executives are held by Latinos and African-Americans. Based on these poor results and logic, if these companies were the one’s willing to share their information, then the companies not sharing have the same percentages or worse.

True Jackson was an African-American woman in high-level position that few like her are in when it comes to fashion or any field. I am not African-American or a woman, but I am Latino and of the LGBT community. None of these communities have significant presence in the board rooms, in CEO offices, or have a leading role in deciding the direction of a company.

There are several issues with varying degrees for why so few people of color, women, and those LGBT have been able to crack the leadership glass ceilings. However, one that crosses across the board is the lack of role models who look like us. A study conducted at American University was written about in NPR last year that hit right at this topic. The study found “Having just one black teacher in third, fourth or fifth grade reduced low-income black boys’ probability of dropping out of high school by 39 percent,” and African-American students with African-American teachers were more likely to graduate high school.

An image most remembered of the Obama Presidency is an image of a young boy named Jacob who asked to feel President Obama’s hair to see if it was actually like his hair. “I want to know if my hair is just like yours,” he asked before Obama obliged by lower his head to be eye-level with Jacob. If you were to look at the images most used in describing his presidency this image is likely to be one of them. Despite, the image being several years old it has continues to resonate for the same reason a show like True Jackson VP does for me. 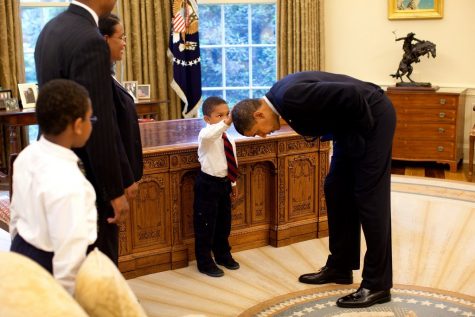 We need role models or people we want to emulate in our lives. Usually, the people that serve this purpose for us is because they look like us, share a common cause or want with, or we are able to relate around shared identity.

True Jackson was a fifteen year old black woman who wanted to pursue her interests and prove the naysayers around her wrong.

Again, I am not a woman or African-American, yet, to see someone of color on television giving the orders, following her passion, and taking charge was a motivator for myself. I was not going around East Hampton, Connecticut saying, “Oh well True Jackson…” as a thirteen year old, but the show helped add to my confidence and comfortability in stepping up to lead a group in a class project, to in a leadership position of a club, and say “I want to do…” with authority not passiveness.

One show cannot improve diversity in the leadership of fields and industries, but surely any additional motivator or role model for today’s younger generations to not lower or limit their goals and dreams because of their gender, skin color, ethnicity, or sexual orientation is warranted.