Kacey Musgraves Voice is Vibrant in Her Golden Hour

The raising country singer releases her most soulful and genre-bending album to date. 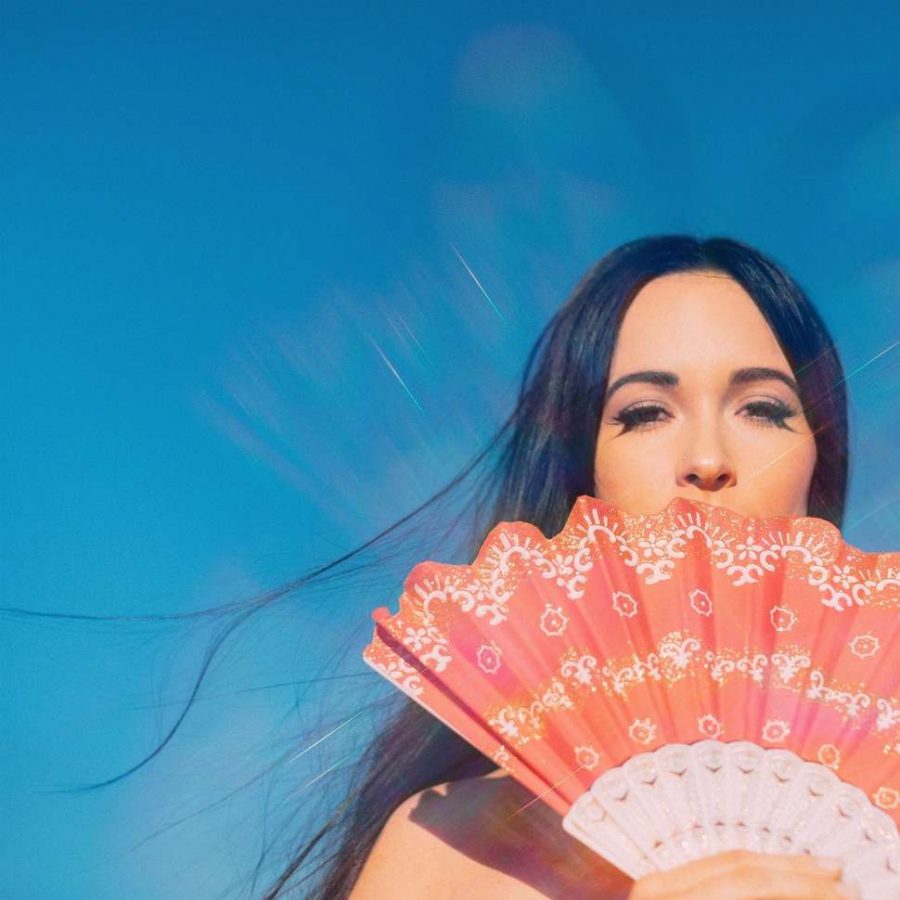 “Keep me in your glow / Cause I’m having such a good time with you,” Kacey Musgraves sings in the title track of her newly released album Golden Hour. The fourth album released by the 29 year old singer-songwriter from Golden, Texas showcases her at her most carefree state of mind and throwing caution to the wind.

Musgraves, who first gained attention as a contestant on the fifth season of Nashville Star over a decade ago, has garnered recognition for her music style incorporating outlaw country. The word “outlaw” unintentionally the best to describe Musgraves place in the country music scene.

Her open support of the LGBT community making her an outlier in a country music scene that values traditionalism in style and political positions. “Follow Your Arrow” was not only in the Top 40 of Rolling Stone’s Greatest Country Songs of All-Time, but a welcome anthem for the LGBT country-music listeners searching for a friend in the genre.

Musgraves is not one to write call to action songs, but prefers a more subtle turn of words style for reflection on social issues. She channels her beliefs through the prism point of saying everyone is welcome and should be given space to be themselves, and those who disagree can “Mind their own biscuits and life will be gravy” as she sings on “Biscuits” from her album Pageant Material.

“I’ve never gotten taller making someone else feel small,” goes an earlier lyric from “Biscuits” that perfectly sums up her attitude to others and sets the bar for how she expects others to treat her and those around her. She has been upfront about the struggles and double standards woman in country face between radio station hosts saying women country artists be “tomatoes in a salad” (meaning women artists get little air time) or risk being called a “bitch,” racy, or described as “she thinks she’s hot shit” for the act of not smiling when expected to do so or god forbid she show her mid-thigh on the album cover of her album Same Trailer, Different Park. 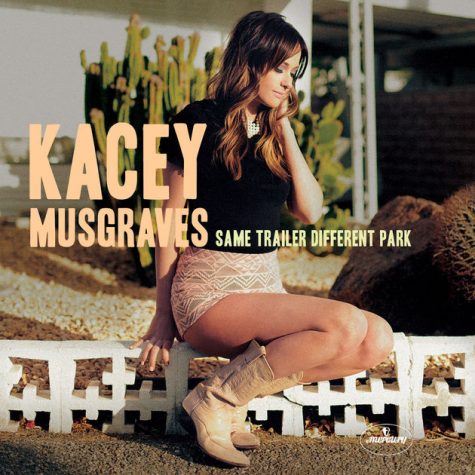 “She isn’t going to sacrifice her art or point of view for any gatekeepers,” Maren Morris said in a Billboard article about her friend. The fellow raising country star having known Musgraves since their early teens.

Musgraves continues to hold closely her break free style in her newest album. The singer is blazing new territory in country by naming her album’s sound as “galactic country” and “space country,” but she enters uncharted fields for herself by making Golden Hour her most personal album to date.

Musgraves offers no doubt about her serenity and happiness for where she is happy in life. She recently married musician, Ruston Kelly, and credits him as the one who “untangled all the strings round [her] wings” as she sings on her album’s lead single “Butterflies.” The singer sounds as though she is floating above the ground and in the clouds as she hits the lyrics “Cloud Nine was always out of reach / Now, I remember what it feels like to fly / You give me butterflies”

In “Butterflies,” Musgraves alludes to feeling she did not know herself and finding recovery in her marriage. An indicator of past feelings without the usual reflection of the past that comes with song’s about finding the ability to heal in love typically heard in country songs. She exudes an aura of living in the present and is asking the listener to join her in this very moment.

A moment she draws the title track’s origin to the solar eclipse that occurred this past summer. The eclipse’s path of totality included Nashville and just happened to occur on her birthday, August 21. She took it as a sign from God, she told the Entertainment Weekly, “to be present for, to witness and relish in the beauty of this incredible world.” A need to be present and be a witness merging seamlessly with her feelings for husband, Kelly, on the title track.

The first verse of the song displaying the merging of the two themes, “All that I know is you caught me at the right time / Keep me in your glow / ‘Cause I’m having such a good time with you.” The guitar strummed in the background with the slow moving beat of a drum never overpowering Musgrave’s vocals, but setting the tone of a song that sounds more like the musings overlooking a lush field from your porch than wandering around pandering for the one you love that happens so often to be the image to come to mind with love songs.

Musgrave’s so subtly changes the dynamic of the country love song by not allowing the illusion she is pining, but content and at ease as she sings. The emotions bursting around not driving her to dramatic actions, but lighting up the world she is happy to now be in. “the color of my sky / You’ve set my world on fire / And I know, I know everything’s gonna be alright.”

It is this ease and serenity with her emotions that carries over to “Lonely Weekend.” “Guess everybody else is out tonight (Out tonight) / Guess I’m hangin’ by myself, but I don’t mind (I don’t mind).” Musgraves opened up about the depression and lack of creativity she felt before inspiration hit her for the album, but she also alludes to how she’s never been one for time management. She sings of a million things she has yet to do, but has not done one thing, but it’s all okay.

Musgrave’s album main offering of inspiration for the listener is to not rush, be present, and it is okay to slow down like she lives her life. Yet, I found another inspiration in her confidence and openness about loneliness. How loneliness or spending time by yourself is not something to pity another person for or the end of the world, but is a feeling that can be embraced as natural.

She tells of only having two friends and remarks she should check up on what they’re doing, but decides to do otherwise. She is hanging by herself and doesn’t mind, because it’s a lonely weekend and that is all what she wants.

Her mention of the fear of missing out driving us to check our phones speaks to the wider topic of social media. We look to our phones to show us what our friends are doing. When we see them out on the town, with a large group of friends, or doing something we think is exciting it can leave us hurt that we are not there or are not living a similar experience to share with others on our phones. Her declaring in her soft atmospheric vocals that she doesn’t mind that is a lonely weekend feels liberating to listen to. It is okay we are listening to her sing on our couch or driving alone in our car. It’s a lonely weekend and we should feel no shame.

Musgraves Golden Hour is at its most experimental and free with “High Horse.” It is not country, but still country as Musgraves creates a sassy disco song to complete her newest album. Again, Musgraves is known for outlaw country so is it any surprise she would create a song in a genre that could be considered on the opposite end of the music spectrum from country. When is the last time you heard a disco-country song.

The song made Taste of Country’s List of 10 Disco-Country Songs They Can’t Stop Dancing To. The song one of the more recent originals among 70’s hits and covers of songs that originally that came out over 20 years ago.

“Oh, I bet you think you’re John Wayne / Showing up and shooting down everybody” begins the song. The song serving low-key shade in its lyrics, most especially, the opening pre-chorus lyrics, “’Cause everyone knows someone who kills the buzz / Every time they open up their mouth,” which is amplified in the lyric video with an open fan in the background of the lyrics. An open fan the recognized symbol of serving shade.

“High Horse” is the final proof needed that we are witnessing not a new Kacey Musgraves, but the true Kacey Musgraves. A singer-songwriter no stranger to risks and pushing boundaries subtly in her lyrics, but is now letting her boundary pushing merge with the sound of her music. The disco flare of “High Horse,” the heart hitting ballad that is “Rainbow” and piano-centric “Mother” that feels not out of place with her more country-aligned “Butterflies” and “Golden Hour.”

Her efforts leading to a multi-genre bending album that has received critical acclaim and sold out tickets. I should know I just checked online and all the tickets to her shows opening for Harry Styles at Madison Square Garden are sold out. It’s not my golden hour, but it is Kacey Musgrave’s.