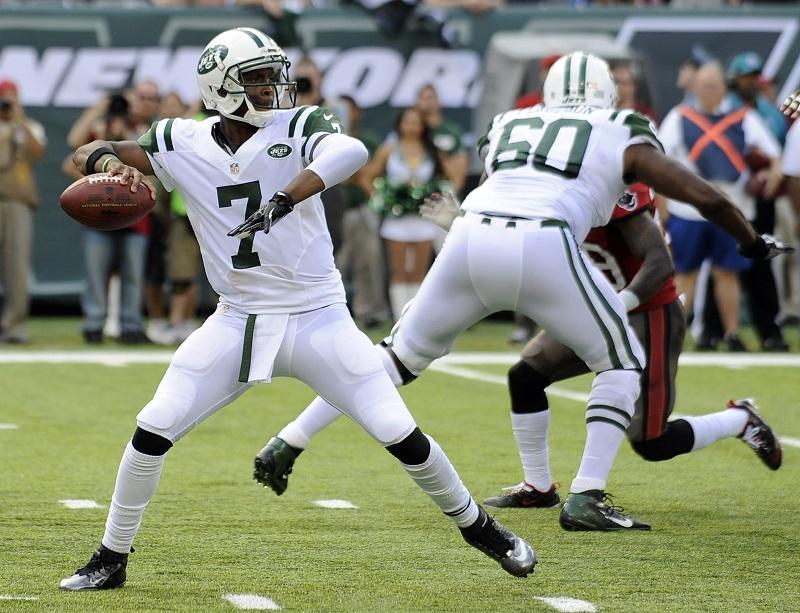 So close, but yet so far.  On Thursday night the New York Jets lost a real heartbreaker to the rival New England Patriots in Foxboro by a score of 13-10.  Throughout the game, the Jets had numerous chances to take control of the game and ultimately start the season a surprising 2-0 after expectations had been so low for the team this season.  Frustrating, disappointing, and bitter are just some words that myself, and I am sure many other Jets fans were feeling after the game was over. Although it was only week 2m the loss still hurts.

It is hard to win football games when you do not catch the football. It sounds so simple, but for the Jets on Thursday, catching the ball thrown by rookie quarterback Geno Smith was easier said than done. In my opinion, the drops were the main reason Gang Green was unable to come away with a win. While the weather was not ideal in New England with rain coming down in the second half, the receivers still needed to make sure to secure the football.  Receivers Clyde Gates, Ryan Spadola, and Stephen Hill all had big drops at some point during the game.

While the drops were certainly an issue, there were some positives that I took from the game. One of those positives was the play of the Jet defense. Aside from the first possession of the game where Pro Bowl quarterback Tom Brady drove right down the field for a quick touchdown, the Jets defense was close to dominant once again. In week 1, the Jets shut down Buccaneer star running back Doug Martin in an 18-17 winning effort. Week 2 was close to the same for the Jets, minus the victory.  The Jets defensive line was all over the field.  If things go the way the Jets hope, the line of Damon Harrison, Muhammad Wilkerson, Kenrick Ellis, Quinton Coples and Sheldon Richardson have a chance to be one of the best lines in football for years to come.

All offseason,  Geno Smith has been in the spotlight. All eyes have been on the Jets second round draft pick out of the University of West Virginia ever since draft day.  My gut feeling before the season was that Smith would eventually be names the starter, and week 1 my gut feeling became true. Through two games so far, Smith has had his share of great moments, and some poor moments. Against the Patriots, Smith showed off his strong arm when he was able to connect with veteran wide receiver Santonio Holmes on multiple occasions to move the ball down the field. Geno has shown great poise and leadership that must be a great sight for the veterans on the team.

Next week the Jets once again take on an AFC East division rival in the Buffalo Bills. The game will take place at 4:25 on Sunday Sept. 22 at Metlife Stadium. My prediction is that this will be a very close game with the Jets defense having its way with the Bills offense. But once again I believe the Jets struggles will continue on the offensive side of the ball. I will predict a 21-10 win in favor of the New York Jets.