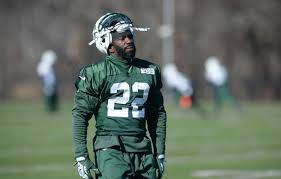 The Jets roller coaster season continued this past week when the Jets traveled to Buffalo to face their division rival in the AFC East. Coming off of the bye week, in which every scenario possible that could help the Jets increase their playoff chances happened, expectations were high for the Jets against the struggling Bills.  But just as the entire year has gone for the Jets. nothing that was supposed to happen, happened.

Earlier in the week, the New York Jets grabbed headlines when they signed future hall of famer Ed Reed to help their weak secondary play. Reed was a Houston Texan earlier in the year, but his time their did not work out. The Jets signed Reed and reunited him with his former coach Rex Ryan. Everything was going well for the Jets, that is up until the start of the game.

Coming off the bye week, the Jets finally seemed relatively healthy. They got back tight end Kellen Winslow from suspension, and wide receiver Santonio Holmes, who is the teams number one wide receiver. The Bills were without their two best receivers in Stevie Johnson and Robert Woods, but it turned out that quarterback EJ Manuel did not need them.

Right from the start, the Jets were out hustled, and quite simply out performed. Right from the start, it was obvious it was not going to be the Jets day. Coming into the game, Jets kicker Nick Folk had been a perfect 23-23 on field goal attempts, and was just one make away from tying the Jets franchise leader Jay Feely for the most consecutive field goals made. Early in the game Folk lined up for a 48 yard field goal, and as soon as he kiked it, the ball took off in the wind and wound up way to the right of the upright. It seemed that after this miss, the game just got out of hand rather quickly.

When the Jet lose, it can be blamed on many things. But every time they lose, it seems as if the Jets are unable to get pressure on the opposing QB. This week was no different. The Jets were unable to get to EJ Maneul, and allowed him to sit back in the pocket and pick apart the Jets secondary. All day long Manuel was finding open receivers and converting big play after big play. Both Jets corners, Dee Milliner and Antonio Cromartie were beat for long touchdowns, which has been a problem for the Jets all season.  The Jets shut down both of the Bills running backs CJ Spiller, and Fred Jackson with relative ease, but they simply could not stop the pass.

On the offensive side of the ball, it was easily the worst game of Jets quarterback Geno Smith’s career. He turned the ball over three times, and just did not look comfortable in the pocket all day. The Jets were also unable to get the running game going, and the offensive line played very poor.  While Smith played very poorly, his wide receivers did not help him out. The receivers were unable to gain any separation from the Bills cornerbacks, and Smith was forced to make many tough throws. Overall it was a disastrous game for the Jets. This week they take on the Baltimore Ravens, in  a game that is very important for both teams if either has playoff hopes. The  Jets will be on the road in Baltimore and the weather is supposed to be cold and windy. Expect a lot of Jets running backs Chris Ivory and Billal Powell on Sunday. Alos, Ed Reed goes back to where he spent majority of his hall of fame career. Safe to say he will be fired up for this one.