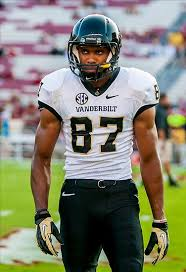 The NFL Combine is considered the biggest week of future NFL hopefuls life.

These former college stars all meet up in Indianapolis and are put through many drills and must perform many tasks in order to impress all thirty two teams. Throughout the history of the combine, many players made themselves millions of dollars simply based off of their impressive combine weekend. But on the other hand, many players have lost themselves millions of dollars from falling short of expectations.

The pressure of the combine is like nothing else. Imagine lining up to run a forty yard dash. In the back of your mind, you know that if you do not run faster, or even the same as the others at your position, you potentially will lose millions of dollars, and may even cost yourself a spot in the NFL. The pressure is very tough for the athletes who are no older than 23 years of age.

While the players feel pressure at the combine, you can bet that John Idzik and the New York Jets felt the pressure as well. How could they not? This offseason is one of the most important and critical off-season’s in recent memory for Gang Green. The Jets will have 12 picks in the NFL Draft come May, and will have over 40 million dollars to spend in free agency to help improve the team. If the Jets want to take the next step and become a consistent playoff contender, the team needs to have a terrific offseason.

At the combine, no position stood out more than the wide receiver group. As it just so happens, the Jets biggest need is a wide receiver, so the Jets will certainly have the option of picking a talent wide receiver with the 18th overall pick. The most impressive of the group was former Clemson star Sammy Watkins. Watkins has been compared to pro bowlers AJ Green and Julio Jones, which is high praise for a guy who has yet to play a snap in the NFL. If the Jets really want Watkins, they would probably have to trade up into the top 5, which I find to be incredibly unlikely.

Three receivers really stood out to me at the combine. Odell Beckham JR, Brandin Cooks, and Jordan Matthews all had a very impressive weekend, and it would be tough to complain about any of these three if the Jets decide to select them in the first round. Beckham JR does a little bit of everything. Coming in at just 6’0, Beckham JR has the ability to take the top off the defense, and possesses strong hands and solid speed. Cooks is the type of receiver that gives a defense fits. His speed makes him a matchup nightmare coming out of the slot. A combination of Cooks and Jeremy Kerley would make the Jets passing game very dangerous. Jordan Matthews is unlike the other two in regards to his height and way he plays the game. Matthews is a huge possession receiver who would be a great fit in the redzone and on the outside.

It is no secret that the Jets are in dire need of a wide receiver, and lucky for them, this draft is loaded with talent at the wide receiver position.