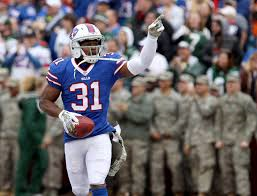 Last year, the New York Jets overachieved and finished with a respectable record of 8-8. But that was last season.

Before the start of the league year last year, the New York Jets replaced general manager Mike Tannenbaum with former Seattle Seahawks front office man John Idzik. Idzik did what he could with limited cap room, and made the Jets a competitive team in 2013-2014. But this offseason is where the real fun begins. This offseason, the Jets are rumored to have around $50 million to spend in free agency. This is assuming the Jets part ways with QB Mark Sanchez, CB Antonio Cromartie, and WR Santonio Holmes.

With these three veterans off the book, the Jets will have a surplus of money to spend on improving the team. Everyone has different opinions of what the team needs to do to once again be a serious playoff contender.  To me, this offseason is so important to the future of the Jets, that John Idzik should go out and do whatever he feels will make the team better. If that means over paying for a specific player, so be it.

The Jets have one of the best front sevens in football. Youngsters Sheldon Richardson, Mo Wilkerson, and Quinton Coples are nightmares for opposing quarterbacks and constantly create pressure on opposing offenses.  To go along with this dominant group, the Jets need to add talent to the secondary. The Jets have an up and coming star safety in Antonio Allen, who had a very strong season last year, and also have nice depth with Josh Bush, and Jaiquawn Jarrett.  While depth is there, the Jets secondary, and overall defense could become elite with the signing off one player. That player is Jarius Byrd.

The former Oregon Duck and Buffalo Bill has been a star since arriving in the NFL. After the Bills decided to not put the franchise tag on Byrd, he now has the freedom to sign with any team come the start of free agency on March 11th.  In recent years, the Jets have not spent money on the safety spot, but if I am the Jets, Byrd is priority number one this offseason.

When it comes to a Rex Ryan defense, the play of the safeties and cornerbacks is vital. Ryan loves to blitz and constantly put pressure on the quarterback, while leaving his cornerbacks in one on one matchups, while the safeties either matchup with the tight end, or play over the top in coverage. Last year, the Jets corners struggled at times, which resulted in many big plays.  Adding Byrd to go along with Antonio Allen would give Rex Ryan a piece of his defense he has not had in years. Byrd has the ability to play ” centerfield” in the Jets defense, which Is simply playing back and reading the quarterback. Byrd also could be used to blitz, or cover the opposing tight end, which has been a huge weakness for the Jets for years. Signing Byrd would be exactly what this defense needs.

Byrd will certainly not come cheap considering he is the best safety on the market this offseason. The Jets will also have many competitors for Byrd’s service. All in all, Byrd would instantly improve the Jets defense, while improving the team as a whole. If I am John Idzik, Jarius Byrd is the number one priority this offseason.