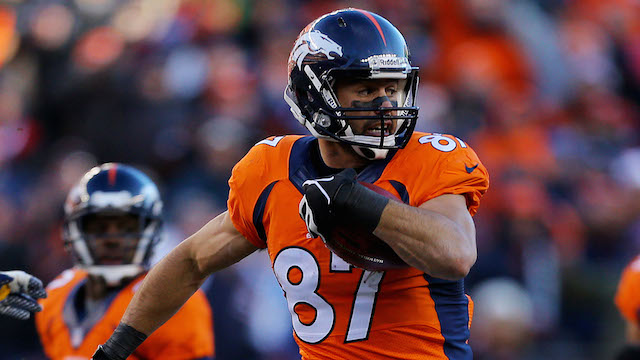 So far in free agency, New York Jets General Manager John Idzik has been on the receiving end of a large amount of scrutiny from many fans for not being incredibly active.

While many fans are upset that Idzik is letting many high name free agents go to other teams, I personally could not be happier with what Idzik has done. It is quite evident that Idzik has a plan in mind, and he will not over spend for any player, no matter how big of a need the player will fill on the Jets. This strategy is exactly what the Jets need after what has happened to them in recent memory.

Former General Manager Mike Tannenbaum had a very different strategy while he was in power with the Jets. Tannenbaum was not afraid to offer big money contracts to players he felt would help the team in the previous year. While this sounds like a smart idea, this is what wound up leading to his firing. Tannenbaum handed out many lucrative deals to QB Mark Sanchez, WR Santonio Holmes, and CB Antonio Cromartie. While all three of these players were a big part of the Jets back to back AFC Championship game appearances in 2009-2010, there contracts put the Jets in a very bad spot in 2012-2013. You can say Tannenbaum was simply ” worrying about the present”, but in reality he really hurt the future of the Jets.

John Idzik on the other hand is all about the future, and all moves are with the future of the New York Jets in mind. At this point in free agency, the Jets have the third most cap space in the entire NFL. But don’t let that fool you, Idzik is not just going to throw that money at anybody.

So far this offseason, Idzik signed arguably the best available receiver Eric Decker to a 5 year 36.25 million dollar contract, and signed right tackle Breno Giacomini to replace former right tackle Austin Howard, who recently signed with the Oakland Raiders. Decker instantly becomes the Jets best wide receiver and is an immediate upgrade over what the team had last season. Giacomini is a very tough and physical player, while Decker is exactly the type of player that can help Geno Smith continue to improve at the QB spot.

Recently, the Jets have reportedly had interest in many notable free agents. Dominique Rodgers-Cromartie, James Jones, Darrelle Revis, and Alterraun Verner.  While it was reported the Jets had interest in all, the Jets did not come to terms and sign any one of them. Seeing former Jets star Darrelle Revis sign with the rival Patriots, and seeing DRC sign with the Giants certainly left a bad taste in the mouths of Jets fans, who have been used to the Jets spending money in bunches in recent years.  But not overreacting and over spending for these guys is exactly why the Jets will have continued success for many years to come, and not just be competitive for 2-3 years at a time.

While many Jets fans are panicking over the patience of John Idzik, I am loving every second of it. The future is very bright for the Green and White with John Idzik in control.