The Great MMA vs. Boxing Debate: Round 2 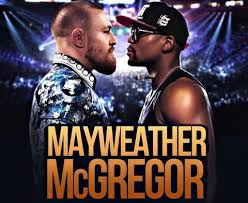 It has begun again, the flood gates of online vitriol spurred on by an attempt to gain supremacy in the world of combat sport has re-opened.

Depending on who you asked, it was either the greatest spectacle the world had ever seen, or that same world was seemingly falling down upon you crushing you into dust like your jaw if it came into contact with Mike Tyson’s fist.

It seemed every category and sub category of fighting fan came out of the woodwork to voice their elation or frustration. There were the MMA purists who loathed the idea, in large part at the possibility their superstar could be thoroughly embarrassed in the ring. There were the boxing purists, who felt personally offended that a novice boxer would step into the ring against their all-time great. They felt it was stealing the spotlight from other of boxing’s greatest stars, and possibly that their legend’s legacy could be maligned by a loss to a first-time boxer and MMA fighter. We cannot forget that it wouldn’t be a historic fight without the legions of McGregor and Mayweather acolytes tossed in the mix to dab just a little more salt onto the wounds of their elitist peers’ woes.

Given the gift of hindsight, the bout was nothing short of a massive success for all parties involved. McGregor, for his part, displayed a great deal of skill in relation to his experience, which was zero. Mayweather, checked into retirement by surpassing Rocky Marciano’s vaunted 49-0 record to reach the summit of boxing excellence at 50-0. The respective sports of Boxing and MMA received a massive influx of eyes, in reality the bout became a social media phenomenon and it became one of the top news stories in the country. There was also the little extra caveat of Mayweather pocketing one hundred million while McGregor took home a modest thirty million.

In the months following the bout, Mayweather sailed off into retirement and bought a new home in Beverly Hills, McGregor sailed off (literally) to the Bahama’s, and the MMA vs boxing debate subsided to a great extent. The debate was only further banished to the dark recesses of fight fans minds once boxings most highly anticipated fight, Gennady Golovkin vs. Canelo Alvarez, came to fruition. Aside from some teases by Mayweather and UFC President Dana White of a future in the cage, and the occasional testy Twitter exchange between an MMA fan and boxer Paulie Malignaggi, both sports returned to their own ecosystems.

That has changed in the past few days.

The debate has seemingly awoken from its comatose state and reared back to life like a scene straight out of The Exorcist. It started with Floyd Mayweather’s Twitter taunting of McGregor, in which he steps inside a cage and paces back and forth.

As if Mayweather dangling a juicy rawhide chew toy just out of reach of ravenous MMA fans hungry for his evisceration in the octagon weren’t enough, current pound for pound boxing great Vasyl Lomachenko posted his own video of him grappling. He does so while taunting prospective opponent Jorge Linares. He captions the video by stating that if Linares doesn’t except a fight, he will go off and win a second belt in the UFC.  This post, and semi challenge was accepted by current, and two-time UFC Bantamweight kingpin TJ Dillashaw.

The recurring issue amongst the “infighting” between MMA and boxing fanbases, is that the whole argument is futile in nature. The reality is that whether it is an MMA fighter in a boxing ring, or a boxer in the octagon, the fighter in his or her respective element has a superior advantage.

There is no superior style of combat, no greater fighter. Boxing is simply just one form of martial art, just as Brazilian Jiu-Jitsu, Muay Thai and Dutch Kickboxing, Judo, and various forms of wrestling. MMA is simply a relatively new concept of fusing them all into one competitive setting.

Yet, that last fact is the most crucial into understanding why Mayweather and Lomachenko would not fare well inside the octagon. In the boxing ring, McGregor handled himself quite well, but at no time did Mayweather seem in any modicum of danger. In the cage, Mayweather would see the roles reversed and he would be in McGregor’s position. The only difference being McGregor would have more tools to finish him in that setting.

MMA has evolved over the past decade, it has become a savage wilderness of elite fighting machines that are well rounded and can compete in every discipline to some degree. The days of pure strikers and grapplers are dwindling as they simply cannot compete at a high enough level against somebody who can do everything well while they are experts at just one discipline. There are the outliers, such as grappling legend Demian Maia who continues to succeed, or even Conor McGregor, who is almost purely a stand-up fighter. However, McGregor’s only loss in the UFC came by way of submission to Nate Diaz, who is highly skilled in both boxing and jiu-jitsu.

Lomachenko on the other hand would have the greatest chance of any boxer for success in the octagon, outside of the heavyweights, a division that has a perpetual habit of head hunting for knockouts. Lomachenko has many things going for him, youth, athleticism, speed, and footwork. As seen in his tweet, Lomachenko has what many boxers don’t, a background in grappling. However, a background in grappling, one that he most likely hasn’t used in a competitive setting in a decent amount of time, doesn’t translate to success in the UFC. In a hypothetical bout against TJ Dillashaw in the octagon, Lomachenko would be facing a two-time champion who has faced superior wrestlers, and who has been activally refining his boxing and wrestling skills in a highly competitive setting for the majority of his professional life. Only seeing the fight come to fruition will we know if Lomachenko would be able to defend the takedown, or defend the submission from Dillashaw should he be put on his back.

The same would go for Dillashaw in the boxing ring, despite being one of MMA’s better boxers. Dillashaw would be thoroughly outclassed by boxings most brilliant technician in Lomachenko.

If I haven’t been clear to this point, the MMA vs. boxing debate is simply not worth the time or effort. We as fans of combat sports would be served by coming together as a community and helping our love of all martial arts, whether combined in an eight-sided ring, or as separate entities, ascend to the levels of boxings glory days.