Sorrows of a Fight Fan Part 3: The Storm Clouds Dissipate 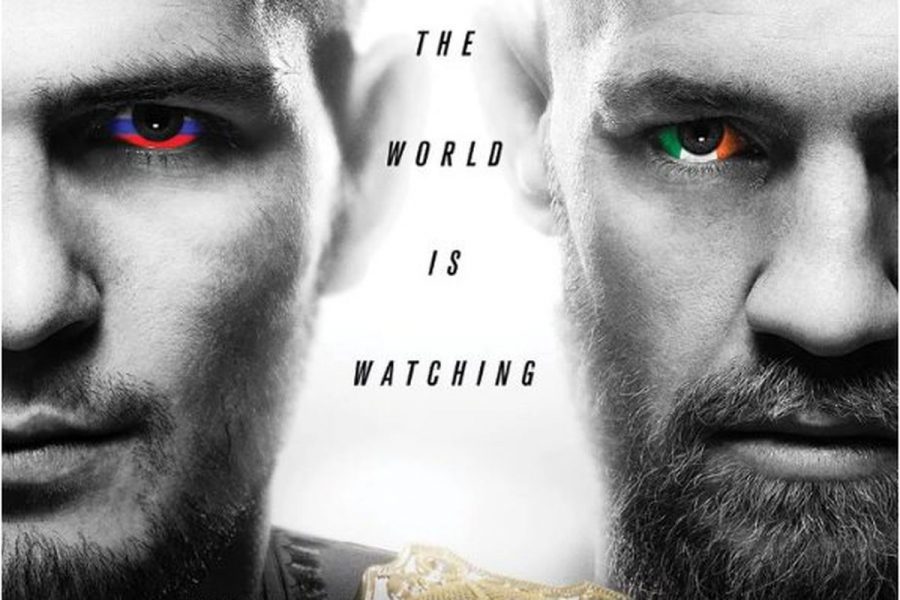 Just this past April, it seemed as if the world of combat sport was collapsing in upon itself. It was as if the Four Horsemen of the Apocalypse had ridden out from within the chasm and unleashed every possible blight or pestilence onto the world of mixed martial arts and boxing.

Before we analyze what has transpired since let’s look back at the myriad of events that transpired over those few days in April.

Firstly, the much anticipated Tony Ferguson vs. Khabib Nurmagomedov was canceled for the fourth time in as many years. The bout was scheduled to decide the undisputed Lightweight championship with the reigning champion Conor McGregor being stripped as soon as a winner was decided. Ferguson was forced to pull out of the fight after tripping on a wire and tearing a ligament in his knee. The news broke on April fools day, another sign the MMA gods were unhappy.

Despite the disappointment of seeing Ferguson and Nurmagomedov canceled for the fourth time, news of featherweight champion Max Holloway’s insertion into the bout had eased some of the pain. As was the case with virtually anything during this period, it was not to be.

Holloway was ultimately unable to make weight in a safe manner and was eventually pulled from the bout also. Nurmagomedov’s opponent was finally set with Long Island’s “Raging” Al Iaquinta, who hadn’t fought in a year.

At this point, the storm clouds had darkened the sky and rain was imminent; the downpour came on April 5 at the media day event for UFC 223.

Following the conclusion of the event, word began to spread that the notorious one had stormed the Barclay’s Center in an attempt to find Nurmagomedov; who had begun departing the building with the other fighters. McGregor and his entourage charged the bus carrying Nurmagomedov. Trash cans, bottles, and even an attempt at a metal guardrail where all used to target the bus. Ultimately it was a dolly which McGregor had thrown at the front of the bus that caused the most damage. The dolly caused the driver’s side window to shatter, sending glass particles and dust throughout the inside of the bus.

UFC lightweight Michael Chiesa suffered cuts to his face and flyweight Ray Borg sustained an eye injury due to glass particles from the window shattering. McGregor’s teammate, Artem Lobov, who took part in the assault was removed from his scheduled bout as well. In all, four bouts were lost for UFC 223.

The assault was in direct relation to an encounter between Lobov and Nurmagomedov days earlier in which Nurmagomedov and his entourage had an intense encounter with a lone Lobov. Upon hearing this news, McGregor jumped in a private jet and flew across the Atlantic to support his friend who he thought had been wronged.

Following the assault, McGregor soon turned himself in and was released on bail. As for UFC 223, the show produced several exciting bouts and Iaquinta earned himself a cult-like following in a one-sided but spirited defeat to Nurmagomedov.

Think that was bad? Let’s jump to boxing.

With the retirement of Floyd Mayweather and Manny Pacquiao in the twilight stages of his career, Saul “Canelo” Alvarez and Gennady “GGG” Golovkin are two of boxing’s biggest stars. Boxing, like other sports, is almost entirely driven by star power. Boxings brightest days come when equally bright stars grace its ring. Boxing has also been marred by never-ending scandals of corruption, as was the case when Golovkin and Alvarez met the first time. What had seemed like a straightforward win for Golovkin ended in a draw, the general consensus was to set up for a second fight.

To the shock of absolutely nobody, the second fight was set for May 5, Cinco de Mayo. However, on April 3, exactly during the chaos that plagued the UFC; the fight was canceled after Alvarez pulled out. Alvarez had tested positive for clenbuterol, although Alvarez maintained his innocence and insisted he was a clean fighter. This was not outside the realm of possibility as clenbuterol was the culprit in many cases involving tainted meat in Mexico, Alvarez’s native birthplace.

Legitimate an excuse or not, boxing’s biggest fight was off and MMA’s biggest star was possibly going to prison.

Alvarez received a six-month suspension and on June 15 it was announced that the anticipated rematch was back on, this time scheduled for exactly three months later on Sept. 15. As for McGregor? He accepted a plea deal on July 26. that enabled him to avoid jail time.

GGG vs. Canelo 2 was the beginning of the storm clouds pulling back, it was the start of brighter days in the combat sports world. The month of July saw a significant turn for the world of MMA as well. It began with Light Heavyweight Champion Daniel Cormier’s historic first round KO/TKO win over Heavyweight Champion Stipe Miocic at UFC 226 on July 7. It was a magical moment for Cormier, one of the sports perennial good guys. With the victory, Cormier became just the fifth fighter to hold championships in two different weight divisions, and only the second to hold them simultaneously; the other being McGregor.

The UFC 25th Anniversary Press Conference on Aug. 3 saw the biggest shot of adrenaline to the MMA world when a scintillating palet of fights was announced for the fall of 2018. Featherweights Frankie Edgar and “The Korean Zombie” Chan Sung Jung, welterweights Donald “Cowboy” Cerrone and ‘Platinum” Mike Perry, and middleweights Israel Adesanya and Derek Brunson.

But that wasn’t all.

You thought that was the “you know who?”

Yes indeed, the matchup that has been brewing for years, the fight few thought would come to fruition, Conor McGregor vs. Khabib Nurmagomedov was announced to headline UFC 229 on Oct. 6. Now does this lend some credence to those who thought that the whole fiasco in April was staged? No. The simple fact is that this only gives credence to that old proverb “time heals all wounds.” We all know that the UFC is a business and that after the initial anger and frustrations over McGregor’s actions subsided; the money would soon talk. The reality is that from a promotional standpoint, nothing screams massive numbers like drama and big names. Furthering the momentum the next night was TJ Dillashaw securing his second win over Cody Garbrandt with a first round KO/TKO to put a close to arguably the second most heated rivalry in years.

Now we come to the current month, September.

Welterweight Champion Tyron Woodley cemented himself as arguably one of the greatest welterweights in history after a dominant second-round submission over a young rising star in the Liverpool born Darren Till. The biggest talking point of that fight? A potential future fight with the designated one of the pound for pound greats in Georges St. Pierre.

And now we come to the big one, Gennady “GGG” Golovkin and Saul “Canelo” Alvarez that happened just a few hours ago.

The adjective “classic” will be thrown around a lot as of late as the world of combat sports has seen a few moments that qualify, GGG vs. Canelo is one of them. In a fight that lived up to the original in spades, twelve rounds of pure action that drew the crowd from their seats. The larger more lengthy Golovkin worked his jab while the smaller younger Alvarez utilized a violent body attack to the 36-year-old Kazakhstani.

However, as with all things, it is never cut and dry positive.

Once again, the fight was marred with controversy as Alvarez walked away with a unanimous decision in a fight that many felt had gone Golovkin’s way. Unlike the first fight, however, the decision is not as controversial. In the first fight, it seemed clear that Golovkin came away with a win, a mind-boggling 118-110 in favor of Alvarez from Judge Adelaide Byrd only furthered the uproar. The second fight was razor thin, an argument could be made for either man.

I’ll be honest, if it means GGG vs. Canelo 3, I can live with that decision.

Now the attention turns to October when the Notorious One and the Eagle of Dagestan meet inside the six-sided cage to settle their differences in what looks to be the biggest fight in the promotion’s history.  The UFC 229 press conference is scheduled for Thursday, Sept. 20, at 5 p.m. ET. where the two will meet face to face for the first time, dolly’s excluded.

April was a mere five months ago, but it seems like a lifetime. It seemed at that time that the heavens had opened and the flood waters were about to engulf the MMA world like the forces of Rameses in “The Ten Commandments.” Now, a series of amazing fights and historic moments have given way to an only a larger amount of fights and moments that look to set records and solidify themselves in the history books.

Yes indeed, the storm clouds have subsided, the sorrows of a fight fan have given way to pure ecstasy.