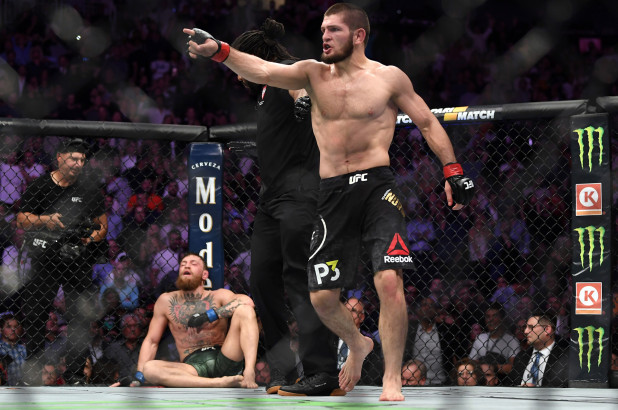 UFC 229 was supposed to be the culmination of the month’s long kerfuffle between the camps of Conor McGregor and Khabib Nurmagomedov.

The McGregor and Nurmagomedov fued has been one of the most intensely personal rivalries the UFC has ever seen. Ethnicity, religion, politics, and national history have all been used as fodder to feed the promotional machine, the majority of which came from the notorious one.

McGregor’s skill is undeniable. However, a significant factor of his success has been his masterful utilization of mental warfare against his opponents. This was no more obvious against the legendary featherweight kingpin, Jose Aldo. Aldo, who had been undefeated for an astounding ten years, was virtually beaten before he ever stepped into the cage against McGregor. The pristine left hook from McGregor helped a little bit as well.

McGregor’s antics visibly agitated Aldo and it became evidently clear that the emotion overwhelmed him as he charged haphazardly into McGregor’s fist, ending his ten-year reign in just thirteen seconds.

In the buildup to his clash with Nurmagomedov, it wasn’t exactly clear whether McGregor was successful in burrowing his way into Nurmagomedov’s psyche. If it wasn’t obvious during the fight, it became crystal clear after the bout. 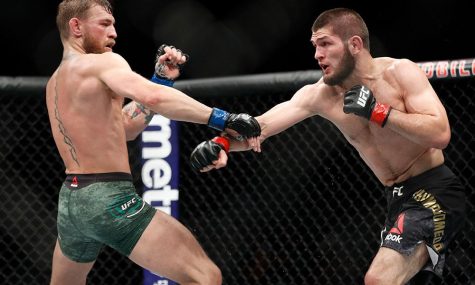 Nurmagomedov was already a poor stylistic matchup for the Irishman, but his venom-laced barbs during the press conferences, and that little incident with the bus, ultimately earned him an even worse beating.

In all fairness, the question of whether McGregor’s takedown defense was poor has been answered pretty clearly. McGregor showcased a relatively strong takedown defense against Nurmagomedov, for a while.

The issue for McGregor was that while his initial takedown defense might have been successful, the subsequent attempts by Nurmagomedov proved too much. Nurmagomedov is special not in just his grappling, but his chain wrestling.

His repeated attacks make it virtually a certainty he will take his opponent to the mat even if the first attempt is unsuccessful. Nurmagomedov wrestled an exhausted McGregor to the mat in round 4 where he mercifully forced him to submit with a vicious neck crank.

After briefly taunting his fallen adversary Nurmagomedov turned his attention to McGregor’s corner where he violently threw his mouthpiece in their direction. Nurmagomedov briefly stood at the edge of the cage screaming back at McGregor’s corner before leaping up the cage with cat-like speed and vaulting into the crowd with a kick directed towards the McGregor corner, in particular, McGregor’s Jiu-Jitsu coach, Dillon Danis.

Both McGregor and Nurmagomedov camps began a brawling outside the octagon with security and police desperately trying to stop them. Inside the octagon, McGregor attempted to scale the cage as well but was prevented doing so by security. McGregor threw a stiff punch towards Nurmagomedov’s brother, who was perched atop the cage. At this point in the fracas, another member of Nurmagomdov’s team circled around security and struck McGregor, prompting McGregor to strike back at him. McGregor was then struck several times in the back of the head by another member of Nurmagomedov’s camp who had scaled the octagon and attacked from behind.

So where do we go from here?

Both Nurmagomedov and McGregor, and their respective camps will likely receive fines and suspensions. Certain members of both teams might never receive visas to enter the country again, and certain members of Nurmagomedov’s camp, who are also UFC fighters, might find themselves out of a job.

The issue isn’t whether Nurmagomedov and McGregor will suffer penalties for their actions. The most troublesome issue from the event is the twisted and contorted logic regarding the justification of the brawl.

There are certain pockets of McGregor fans that have absolved him of all wrongdoing in the brawl, he is not.

For his part, McGregor stoked the flames. It was McGregor who engaged in his own criminal behavior back in April when he rushed the Barclays Center and threw a dolly at a bus, injuring several people. It was McGregor who repeatedly stooped to a level as low as attacking Nurmagomedov’s family, culture, and religion.

Yes, the fact is that it was intended for promotion, and yes it ultimately worked. But McGregor chose to use tactics against an individual from a society that puts extreme emphasis on such issues. He shouldn’t have been surprised when Nurmagomedov lost control the way he did. And it is hard to not understand Nurmagomedov’s perspective, who wouldn’t be angered.

Nurmagomedov isn’t absolved of blame either. Yes, McGregor stooped to a level much too intense for promotion, but it was just that, promotion. Nurmagomedov knew very well who and what McGregor was about, the odds that McGregor meant or believed the vitriol he was spewing are slim.

Nurmagomedov, while coming from a society that covets honor and family, should also have realized that he is in a country that allows the right to speak one’s mind freely without fear of being attacked. There is nothing wrong with holding such emotions close to heart, but the repercussions for speaking out is something that the United States protects individuals from. The most obvious flaw in Nurmagomedov’s actions, ones that the few rational thinking minds have pointed out is that Nurmagomedov got his revenge through four rounds of punishment, solidified by making his opponent submit. 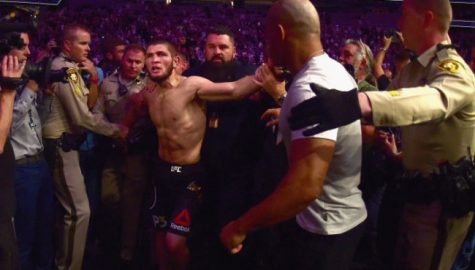 Nurmagomedov ultimately overshadowed his own biggest moment, his coming out party to a mainstream audience. An event that should have seen him crowned one of the elite fighters in the world, ended with him pulling a classic professional wrestling heel turn.

That last anecdote reveals the most troubling aspect of this whole brawl, the reactions. Now, most people wouldn’t put much stock in online comments through Facebook and Twitter. But after browsing through the cellar of humanity for a few minutes, I was struck at how few rational minds were present. Like a needle in a haystack, every sane comment condemning the actions of everyone was ultimately hidden underneath a sea of tribalesque barbarism. It never crossed anyone’s mind that the actions of Nurmagomedov were uncalled for, understandable, but uncalled for. Whether driven by a deep-rooted disdain for McGregor or just a flawed thought process, the fact that a wild brawl that could have left innocent bystanders and employees injured didn’t seem to deter them from their self-righteous platform.

The most common defense of this backward thought process? Well, McGregor did it too. Yes, yes he did. But what is one of the first lessons we learn as children? Two wrongs do not make a right.

In one poignant debate between comment section experts, an individual proudly boasted that because McGregor said something unpleasant about Nurmagomedov’s religion, that is was completely acceptable what he did. The next commenter would question this standpoint by simply repeating that statement in a different but much more poignant way, that because of someone saying something nasty about your religion, violence was acceptable. It definitely paints a different picture, a picture that describes the horrors and violence that has gripped the world for most of this century. The only difference is it doesn’t end with brawls.

This event has highlighted that we, as a society, still revert back to an antiquated idea of an eye for an eye. That at some point, even as sophisticated and advanced as our society has become, we still have a lot to learn.