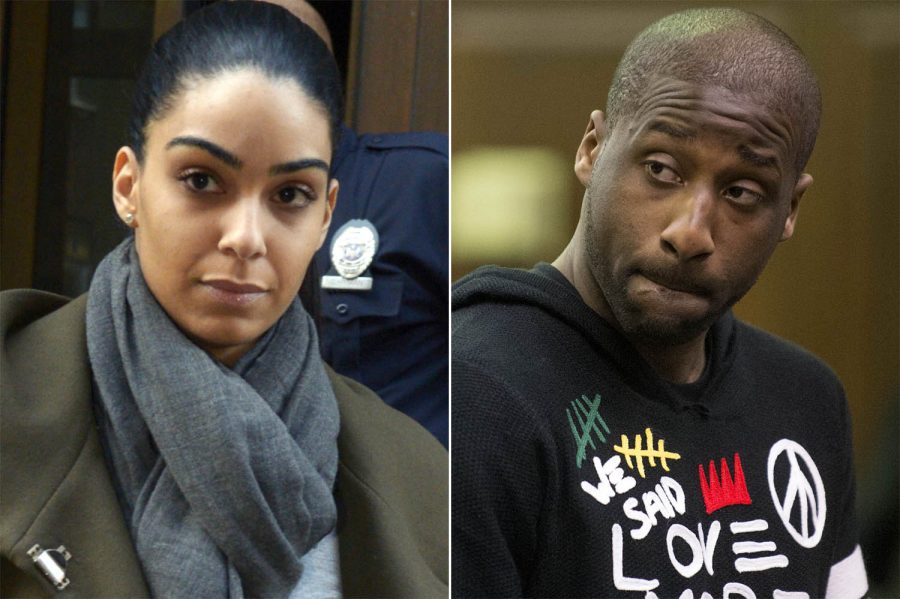 New York Knicks guard Raymond Felton waved a pistol loaded with body armor-piercing bullets at his wife during several spats in their Upper West Side pad — prompting the terrified woman to turn the gun and her estranged husband in to cops, law-enforcement sources said Tuesday.

The illegal gun’s magazine was packed with 18 of the savage bullets — with one in the chamber ready to be fired, sources said.

Felton was arraigned in Manhattan Criminal Court on Tuesday evening on one felony and one misdemeanor count of illegal weapons possession — and freed on $25,000 bond. He’s set to practice with the team Wednesday and play against the Miami Heat in Florida on Thursday.

Felton’s wife, brunette beauty Ariane Raymondo-Felton, 24, told cops that Valentine’s Day was the second time in a month that he pulled the weapon on her.

There also had been two other incidents since mid-August, she said, fueled by their fights over his alleged cheating.

“When we’d have arguments over our marriage, he’d would pull out the gun and wave it. It was obviously done to intimidate me,’’ Raymondo-Felton, who filed for divorce last week, told cops, according to sources.

One source explained, “She said, ‘He’s out doing his thing.’ Looks like he was banging some girl on the side. They were arguing about domestic stuff.”

I can imagine that it is hard to be and trust a woman that you feel is cheating on you, but if you feel that bad about your relationship then you need to just leave her. All of this pulling guns out on your spouse is never going to benefit your relationship, in fact it may just want her to leave and cheat even more.

The New York Knicks are once again in desperation and are in need of a new point guard. We knew that Raymond Felton was distracted and off of his game this season, but to get arrested on gun charges.

The Knicks are only five games behind the 8th playoff spot, with a little more than 30 games left in the season. I believe that they can get in the 7th or 8th spot before this season is over. In order for them to do it they need their starting point guard to actually be at the game and not in jail! They need him to not only be present at the games but they need his 100% focus. Carmelo Anthony cannot be the only player playing well.

It makes you wonder how long of a future does Raymond Felton have here in New York?

If Raymond Felton is sentenced for the gun possession what does that mean for his basketball future? Forget his contract with the Knicks because that is looking like it is coming close to being over.