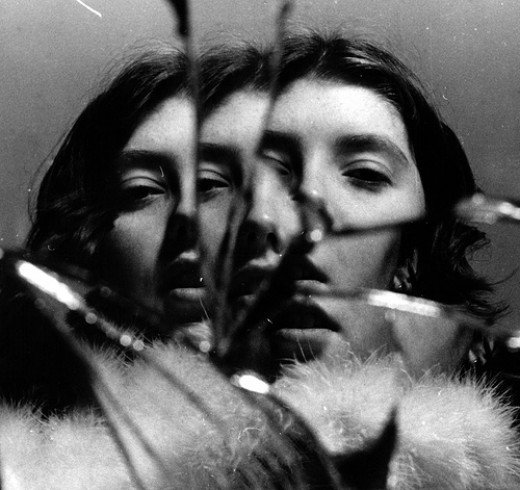 As of late, I have been feeling really guilty. I recently started my YouTube channel having to do with beauty and makeup (links are coming soon, I promise). But I can’t help but think back to a couple of months ago when I had tried to do this exact same thing with a friend. To talk about this situation isn’t something I was originally going to do. But I feel like if I don’t, I’d be faking it –whatever it is- for the rest of my career, both on a journalistic level and beauty wise. I want so badly for my dreams to come true. I think that’s what most people strive to achieve. Iyanla Vanzant said it best “Where’s your darkest place? Go there because that’s where your healing is”. I feel like before I can start anything, like truly start anything, is to tackle how I felt and how I still do feel. And probably will feel for the rest of my life.

I want the Night Owl Narrative to chronicle my journey through self love and growth -‘narratives’ of my life if you will- that can in turn make me a more beautiful person, overall.

I think every person has that moment when the metaphorical mirror is placed in front them and they’re forced to reflect. Mine was in the shape of a Vanity Girl Hollywood Mirror but I digress. You will either like what you see or despise it. I think the events leading up to that are important. Everything until then makes up who you are just as much as the events that follow it. It took me a minute to realize that. That I am both the ugliest version of myself when pushed against a wall and the best when I am allowed to flourish. And no makeup can hide that. People can tell when you’re faking, and feel the energy you resonate.

It can either destroy or make you. And in some painful instances it can do both. When I think about that night when I had to look at myself, I get choked up. I remember screaming through my cellphone receiver for her to never speak or think about me again. Do I regret it? Yes and No. Yes because it didn’t have to go there. No because we were or at least I was stagnating as a person. That a little bit of time has passed and after the fact I realize that the situation would have ended for me anyway. Had it been that night or in the future.

The night I decided to leave, like truly leave, was one of the most difficult things I had ever done. To leave people you have literally gone through everything with is like ripping duct tape from your skin. But the last 2 years had felt like 50. I had gone from a size 5 to a size 0 and I stayed there for the better part of a year and a half. Everything I ate melted off of me. But I stayed, because I was loved and needed. Because I wasn’t the one who had given myself the people I had in my life. It wasn’t about me so I dealt with it and I stayed. In those 2 years I had developed a slight anxiety, I skipped school a lot and flunked some of my favorite writing classes and had migraines for the better part of the week. I became more silent. I began to walk a path in shoes that weren’t mine. I wasn’t me.

Because I wasn’t me, because I went there. I had come to the decision to want to make content on my own. I think I felt like I was being stifled or we were just making content for one type of viewer. I honestly don’t know. So many other things contributed to this decision as well. I think most of all, I was exhausted. I was tired of proving and fending and I wanted my space. That space in turn meant something of my own. But I had made a commitment, I was going to do this YouTube channel with this person because we had agreed and promised each other. And after everything, I couldn’t have another person disappointed in me. I couldn’t have another relationship fail because I had put myself first… again. But somehow no matter how hard I had tried to stay and compromise I was unhappy.

That night, I was alone. Truly alone. The loneliest I had been in years. To have someone come to me and tell me that I’d die or be intentionally hurt because I wanted a break. And to know that that same night I went there too, the words flying from my lips before I could catch myself. To know that if people were actually coming for me, I’d be going down kicking and screaming. The tightness in my throat as I told her I didn’t want to hear it. That it was done. It was over. For her to never call or speak to me ever again. And then to wake up the next morning feeling sorry for defending myself. Because I had gone there, I had gone to the deepest darkest crevice of my soul and threw out everything I had because I wanted a break.

So here’s my metaphorical mirror: Who the hell am I?

So how am I supposed to become this beauty YouTuber who’s inspiring and beautiful and essentially flawless? Do I deserve the success and loyal following? That is something that will be answered over time.

For so long, I had been someone I wasn’t. Not that I was faking or anything, just a different version of myself. Because I am no longer who I was, I am starting over and this new journey will either make or break me.

Now, a couple months later and nearing important dates that mattered (and still kind of do) and it annoys the hell out of me. I am writing again. I am a size 3 now. My anxiety has reduced tremendously and I only ever get headaches when I’m hungry. I’m passing my classes and I actually like being in school now.

Things are on the upswing and when the mirror appears again, I shall be happy with my refection.