Subbed Or Dubbed? Manga, Anime and All That Jazz 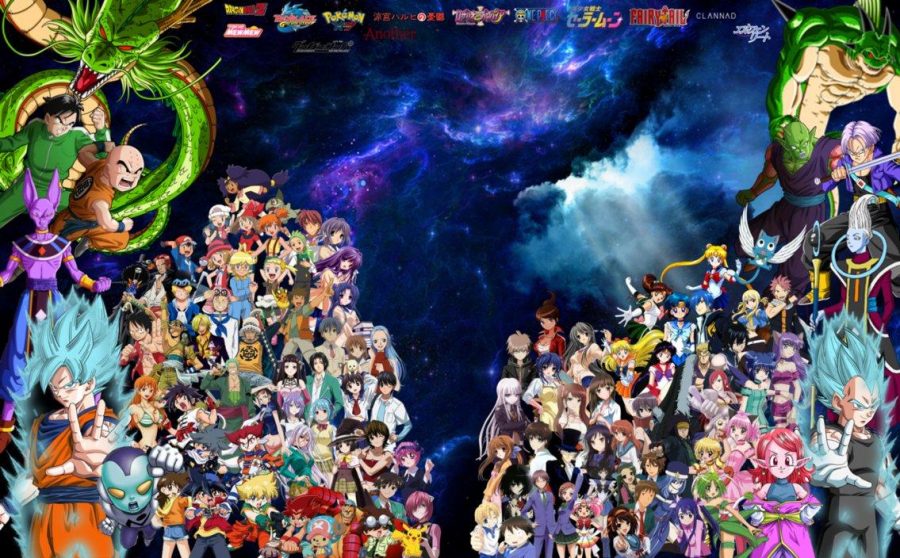 Subbed or Dubbed? This is a common question amongst Anime lovers these days. Do you like to watch your Anime with Japanese audio and English subtitles? Or do you prefer to watch it dubbed over in English with no subtitles?

For me that answer, now, is subbed. There’s a certain authenticity that comes across the screen when you hear the characters speak in Japanese. Whereas in English things can sort of get lost. And the long banter characters usually go off on sounds really dumb in English. Oftentimes too English voice actors don’t match the original character concept or they try too hard. In english they can come across to be too mousy or too rough. Or the timing is just bad in general.

There are some shows however that I can switch back and forth between being subbed and dubbed because they’re so popular. Shows like Bleach, Naruto, and One Piece fit this. But shows like Michiko To Hatchin and Durarara!! do NOT fit into this, in my opinion. It’s just better in Japanese.

For me, I watched Bleach in English up until i couldn’t anymore because the newer episodes weren’t available in English yet.

People who prefer to watch Anime Subbed are called Purists. Purists claim that enjoying the show it’s truest format doesn’t take away from the art form as a whole. Some people can argue that watching anime dubbed doesn’t make you a real fan, whereas watching anime subbed does. It’s a load of BS anyone can be a fan.

However for those lazy nights when you’re too tired to read or you just want to listen to your show in the background while you do something else, dubbed anime is the key!

Anime came into my life about 8 years ago, give or take when some girls on my color guard team were reading manga in the hallway. (manga is the graphic novel while anime is the animated show) -Manga and Anime usually coincide with one another. Manga’s almost always have an Anime counterpart for it. I know many people who read the entire series and then watch the show.- Since then, I have been hooked.

I started by borrowing manga from friends and reading it, before I knew it I’d read through a series in a week. Then to my knowledge I learned that all of my favorite saturday shows like Naruto and Pokemon were of Japanese origin and called Anime. Then the knowledge grew as I learned more about the craft each and everyday. Then I got into Hayao Miyazaki and the films under his Studio Ghibli roof (Kiki’s Delivery Service is a childhood fave). To find out I had been a fan longer than I had originally thought was pretty freaking cool.

Today anime and manga is something I can only enjoy in my spare time now. But when I can binge I do. I’ve finished Bleach’s 300 episode long series in about 3 months whereas with shorter shows like Deathnote, I finished in 2 days.

Recently I’ve finished X’amd (pronouced ‘zammed) and I’m in the middle of Monster. But on top of all of this, I have put my Naruto watching on hold to fit in shorter shows. And I have yet to tackle One Piece because it’s nearing 700 episodes.
Whenever I meet someone who likes anime as much as I do, I always try to put them on to new shows or share what I think of one’s we have in common.

So I’ll leave you guys of a list of my favorite shows. Which is in no particular order because I hate to leave some of my faves out.

Whereas Free! Iwaobi Swimming Club (One of my faves) can be classified as a Shojo and is geared towards females audiences between 10-18. It’s all ab shots and men being emotionally aware.

Just because a show is geared towards a certain demographic doesn’t necessarily mean that they are watched by said group. Recently Shonen anime has grown amongst female fans.

So, enough of my rambling. I’ll leave you guys of a list of my favorite shows. Which is in no particular order because I unintentionally leave some out from time to time

Some cool sites to watch some Anime on are: animefreak.tv, crunchyroll, animeram.eu, and Netflix who is expanding their selection.

** And yes, I do think Avatar: The Last Airbender counts as anime although it isn’t Japanese.