If I Were To Be Stuck on a Deserted Island…

The Journey of Moving On 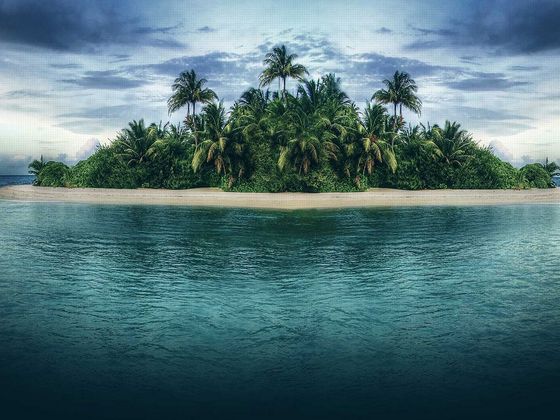 I was speaking to someone one recently. (I was looking to date this person but our plans fell through and we never reconnected but I digress). Through our brief courtship, he had asked me “If you’re were to be stuck on a deserted island with anyone, dead or alive – who would it be?”

I immediately answered with the name of someone I look up to. An inspiration. I thought for a second and for some reason that answer didn’t feel right. I then told him that I’d pick my dad to be stuck on an island with.

It had been a long day at school. I was ready to go home. To sleep and to relax. A few hours after I had been home alone and finally settling in for a nap, I heard the front door open. My mother’s light and quick footsteps echoed through our home.

Her was voice stern.

Sighing heavily and reluctantly leaving my cocoon of warmth, I crept downstairs and held my breath, preparing myself to get scolded for the dishes I didn’t wash.

I sat down on a stool at the island in the kitchen. She paced back and forth. Once and only once before turning.

“Your father passed away…”

Whether she had said ‘today’ or ‘yesterday’, I don’t remember.

I don’t even remember what day it was.

All I can remember is thinking is that my mother was lying.

It was until my mother hugged me that I actually began breathing again.

The breath came with sobs that choked me and this impending doom that felt like my world was crashing.

My world went dark. The room spun and for the first time ever I couldn’t feel anything. Was this happening? Why me? Why not someone else’s father? Was I being punished for something I had no knowledge of?

The next day I went to school. In my second period Geometry class, my teacher had asked why I didn’t have my homework.

Her eyes filled with worry, concern and was that… confusion?

“Then why are you here, honey”?

That night I dreamt that he was still alive. He came to pick me up from school.

I imagine that if I were to see my father again, I’d run to him. And he’d hug me and apologize for leaving so early. I would tell him that it was ok and he’d protest and tell me no, it wasn’t. Then I’d cry and let go of everything I’d been holding on to.

He’d asked me to fill him in on what he’s missed.

I would speak of all my accomplishments and my mistakes.

I graduated high school and was accepted to college.

I fell in love for the first time.

Fell out of love and struggled with myself for a bit before finding it again.

I would speak of everyone I hurt and crossed over.

I would talk his ear off.

By then I would have graduated college and would probably be starting a family.

I’d speak of my husband and then he’d go on to tell me whether he approved or not.

Then I’d ask him how he’s been and he’d say fine and not worry about him. Like he did so many times when he was still here.

Except this time it would be true.

I would finally be able to rest.

He’d reflect the person I remember seeing when I was young. The little lump on his arm where they poked him over again for dialysis would be gone. And all his hair would be there, brushed into waves that he so meticulously worked for.

Today at 22 years old, I see my father in me more than anything else.

I scared myself once because of an expression I made in the mirror bared such a resemblance to him.

I heard somewhere that the death of a parent doesn’t really hit you until you’re in you thirties and starting your own family. I hope that isn’t true, because I can’t imagine a worst feeling.

Just to say all the things I need to say and to catch him up on the things he’s missed.

Until our date on the island, Dad. One day.