What Graduating With Honors Means To Me 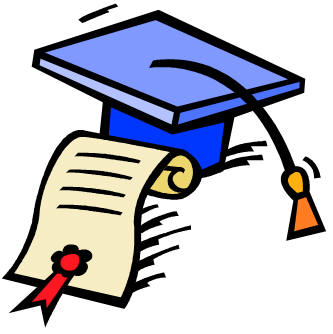 Academic achievements have always been important to me, since a young girl. My family would shower me with gifts and fancy dinners whenever I would receive an award or a good grade. This carried on up until middle school.

After awhile the recognition for my hard work began to fade. It seemed as if everyone was used to me bringing home certificates and A’s so much that it was almost expected of me. This made me feel like I was putting in effort for nothing. I know as I say this it seems as if I were only doing well in school for the praising but that was only a small part of it. I was fine if I didn’t get a fancy dinner at a restaurant of my choice, money or anything else.

The thing that bothered me most was my family’s absence at my award ceremonies. Nothing made me happier than having my name called and hearing the loud applaud and cheers of my family in the audience as I accepted something. What used to be “I wouldn’t miss it for anything” slowly turned into, “I can’t make this one but ill make the next one.” Those words crushed me.

In junior high I was enrolled into English honors classes. I’m sure my family was proud but I never knew how proud because I was under the assumption that my accomplishments no longer mattered. So I stared to slack off. I found more interest in hanging with my friends than studying, I enjoyed TV more than reading and I began cutting class for the first time. I figured why not? No one cared if I was doing well in school, so they wouldn’t care if I was doing badly either. I was wrong. My second year in high school I was dropped from English honors and my family was more disappointed than I had ever seen them. This whole time they actually cared? I was confused and even worst, I felt like a failure. Soon I would be able to find motivation to excel again.

I was already in my senior year of high school and the effort that I put into my last year didn’t help my GPA much because of the previous years, so I took a year off and then I applied to Mercy College. I had spent a year working and doing absolutely nothing with my life and I missed school terribly so when I began my first year I was happy, although it took me awhile to get back into the rhythm of balancing school and work. Another factor that I had to juggle was the freedom. I was away from home with no one checking up on me, no curfew; I was free to do what ever I wanted. This steered my focus in the wrong direction, once again. I had forgotten the promise that I made to my uncle – to myself.

After the first semester I received at 2.7. I was disappointed. How could I mess up again? I knew I could do better; I just had to buckle down. So I did. The next semester I got a 3.2 and every semester after that my GPA increased little by little. It wasn’t long before I received an invitation to an award ceremony for honor roll and dean’s list. Being that this was the first award that I would be receiving in a long time I was hesitant to invite the rest of my family but to my surprise they all showed up. I remember waking up that morning and feeling so good inside, knowing that in a few hours my family would be cheering me on once again. I later made up for being dropped out of English honors in high school by being inducted into the National English Honor Society. Just like old time’s my family wasn’t able to attend but this time it didn’t bother me. I had accomplished something for myself, I set a goal and I achieved it. But I didn’t want to stop there.