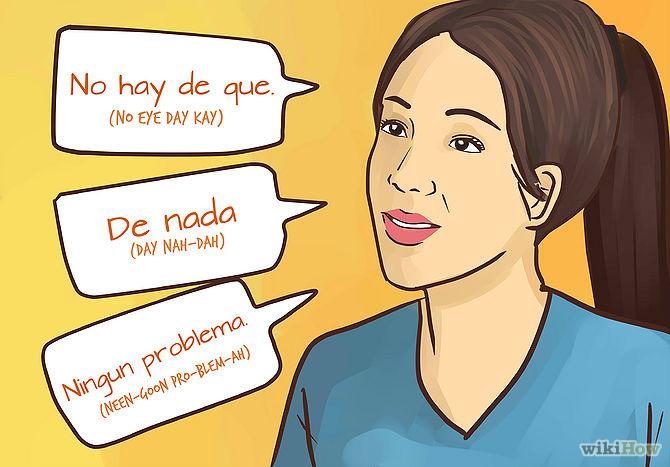 Being bilingual is a great advantage that I will never get to experience. My mother is African-American (amongst other races) and my dad is Mexican. I was about three-years-old when we left my dad in Georgia and moved back to New York. It’s hard to pinpoint when exactly my mom and dad separated because even after living in different states my dad would always come stay with us.

My mom always tells me stories of how I would cry and she could never understand what I was saying because I was speaking Spanish – the only time I ever would. After being away from my dad for so long I dropped it and I’ve been language deficient ever since. It sucks. No matter where I go, friends and strangers ask, “Do you speak Spanish?” or, “Hablas Espanol?” And when I say no I get the gapping, “Aren’t you Spanish?” or if they’re native Spanish speakers they start saying a bunch of stuff I can’t understand. I get it, I look the part so I should be able to speak it, but it really isn’t my fault.

I have been taking Spanish-speaking courses since middle school, all through high school and my first two years of college – I am still not fluent. I can read it better than I can speak it and even then I’m still terrible. It just never sticks. I envy those who can pick up four languages just because. I can barely perfect the English language.

One of my longest friendships was created on the terms that I would learn Spanish. I was in the 7th Grade and I was on a school trip. I noticed a girl who happened to be in my Spanish class and we agreed from that day we’d be friends and she also agreed to teach me Spanish, (Ashley I’m still waiting for the other part of our bargain.) Ten years later we are best friends, yet I still remain monolingual.

I once worked in a Spanish owned grocery store and boy, oh boy, did I piss customers off. Any time someone had a question or concern I’d try my best to keep up, but if they spoke too fast I would immediately belt out, “no hablo Espanol,” that is the most useful phrase I have ever learned. Working at Associated, I assumed I would learn Spanish quickly and easily because everyone there spoke it, but the only thing I learned to say was llave – that means key. Whenever there was an error at the register we would yell “llave” so the manager would come with the key and fix whatever needed to be fixed.

The most embarrassing thing is when people talk about me in Spanish about not being able to speak it and I can understand them. I try to defend myself, but honestly, how am I suppose to explain that I don’t know enough Spanish to communicate with you, but I know enough to know you’re talking about me, so most of the time I just keep quiet (a hard thing for me to do).

The thing that bothers me most about not being able to speak Spanish is my grandmother in Mexico. I have never met her before, but my dad plans on taking me soon to visit. He tells me she has a baby picture of me that she prays and speaks to everyday. Once in a while he’ll three way us and play translator for us both. All I can say is, “Hola abuelita, Como estas? Or Te amo mucho.” Recently I was so embarrassed that I typed in exactly what I wanted to say into my Google translate app and read everything right off the screen of my phone. Both my grandma and my dad were surprised. I surprised myself a bit too; my pronunciation wasn’t as bad as I thought it would be. I have such a close relationship with my grandma on my mothers’ side; I just want to be able to share that same relationship with my grandma in Mexico.

I’ve heard stories about people living in a non-English-speaking household, which makes it easier to pick up a language because there really is no other choice. Maybe I’ll just spend a summer in Mexico. My only fear is that my family would be ashamed or disappointed that I barely know the basics. I won’t give up, no matter how hard the language is I am committed to learning it and being able to speak it fluently. And if I ever have children of my own I will see to it that they are bilingual.

What language do you have trouble learning?