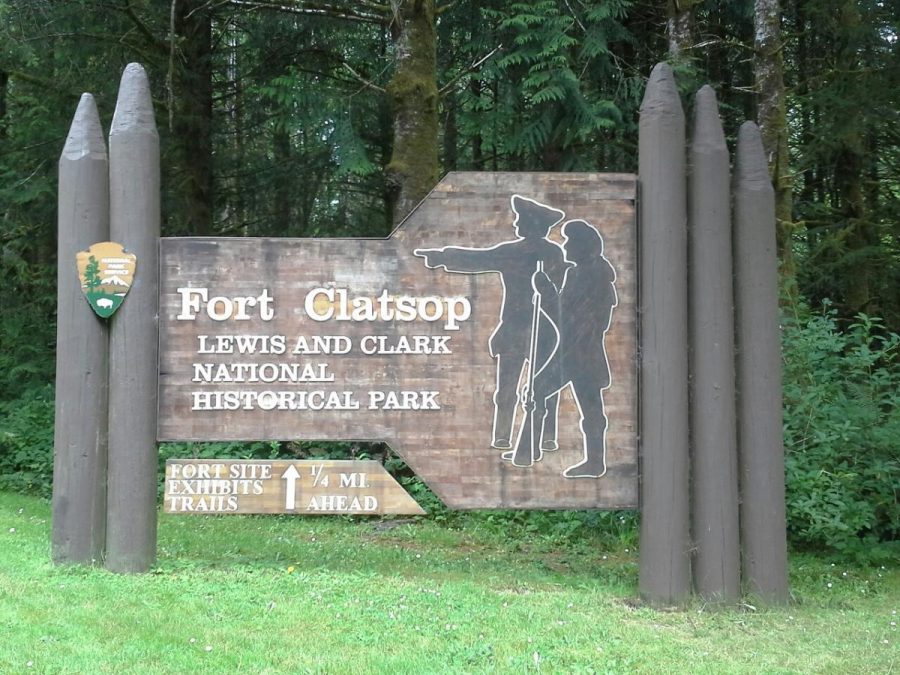 In the 4th grade, my class took an end of the year trip up the coast of Oregon. Our destination was Fort Clatsop in Astoria. Fort Clatsop was the winter camp for the Lewis and Clark Expedition from December 1805 to March 1806.

In 1803, President Thomas Jefferson bought the Louisiana Territory from France. After the purchase Jefferson wanted to send out some explorers to see what is out there and he wanted to find the Pacific Ocean. He picked Meriwether Lewis and William Clark to lead the expedition. Together they got some men together and form the Corps of Discovery that took them on a two-year expedition to the Pacific Ocean.

The expedition started in May of 1804 and ended in September of 1806. They started in St. Louis, Missouri, where the Gateway to the West is. It was built as monument dedicated to the westward expansion of the United States. I got to see this amazing  gateway a couple years ago and it was breath taking. Anyway, once the expedition began it was right on schedule, they were finding new species of animals and plants and sending them back, they were discovering new bodies of water, and meeting some local Indians. It wasn’t until the summer when things started to change.

John Newman was born in Pennsylvania, and in October of 1804 he had some kind of disciplinary problem and was court-martialed for his actions. He was sentenced to 75 lashes and was removed from the expedition but since they were already in the unknown wilderness he stayed with them until they could get to Fort Mandan in North Dakota. During the course of the winter Newman worked hard to redeem himself with Lewis and Clark but it didn’t work. He was sent back in April of 1805.

During the first winter, the Corps of Discovery met the famous Native American, Sacagawea in North Dakota, at Fort Mandan. Her husband, Toussaint Charbonneau served as a Hidatsa interpreter for the expedition. Lewis and Clark hired him because they discovered that Sacagawea could speak Shoshone and they knew that they were going to need help communicating with the Shoshone tribes later on. Sacagawea and her husband would live at the fort with the explorers during the harsh winter. On February 11th, while still at the fort, Sacagawea gave birth to a son named, Jean Baptiste Charbonneau, whom would stay with her mother throughout the expedition.

I remember learning about Sacagawea in the 4thGrade and all the help she was to the expedition. It amazed me at how much she helped and what all she did with a baby. She was a amazing, hard working women. I found that she was my favorite thing to learn about, it made it even more fun because I was still losing the last of my baby teeth at the time and the Tooth Fairy would give me a Golden Dollar with Sacagawea and her baby on it. I loved getting those! 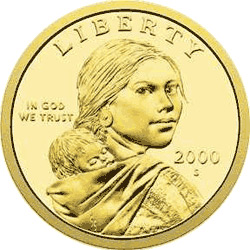 Sacagawea would go on to be somewhat of a guide for the explorers to and from the Pacific Ocean, getting them over and around the Rocky Mountains and other passages.

In October of 1805, the Corps of Discovery reaches the Columbia River, which is part of the border between Oregon and Washington state. The river took them directly to the Pacific Ocean. On November 7th Clark wrote in his journal, “Ocean in view! O! The joy!” It didn’t take until a couple weeks later where they reached the ocean at the mouth of the Columbia River. Just a few days after the discovery, the Corps settled on where to set up camp for the winter, on the south side of the Columbia River, about 6.5 miles from what is now Sunset Beach and the city of Seaside.

After finding the perfect land for their winter home, on Christmas Day, according to one of the explorer’s journal “We all moved into our new Garrison or Fort, which our Officers named after a nation of Indians who resided near us, called the Clatsop Nation; Fort Clatsop.” Fort Clatsop measured just about 50 feet and housed 32 men, one women, one baby, and a dog. Over the course of the winter the members of the expedition fell into a routine of chores, for two reasons; one it helped passed the time until they could begin their journey home, and two the chores were just there to keep the fort running by supplying food, water, and wood.

The corps would begin their journey home on March 22, 1806. They wouldn’t reach St. Louis until September of that year. The journey took a total of two years, four months, and ten days. Everyone made it home alive and well, in that two years the corps only lost one member due to a ruptured appendix.

If you were to see this fort today, you unfortunately can’t. You can however see a replica of the Fort which is located pretty close to the exact location. When I saw Fort Clatsop it was the second replica to be made. The first one was built in 1955 and tragically burned down one evening in 2005. The second one was built and completed in 2006. The second replica is considered to be closer to the original since new information was found after the first one was built, When I first saw the fort it was spring break of 2007, not long after the replica was finished, in fact I remembered there was still some caution tape up to finish off some details.

You can’t drive right up to the fort but there is a trail leading from the visitor center to the fort. That trail is beautiful, it takes the visitors through a wooded area, a clearing, and a boardwalk on the water. Right by the water, there are these plants called, Skunk Cabbage, they smell exactly what people think when they hear that name. They are everywhere along the trail, but fortunately the smell passes so visitors can enjoy the jaw dropping view. Walking into the fort transports you back to the 1800s to have a look at how people lived and what the conditions were like for those 34 people during that winter. Fort Clatsop also offers reenactments of the different chores that were done, from starting a fire to hunting.

I love Fort Clatsop and definitely believe it’s one of those places to see if someone is a first-time visitor to Oregon.