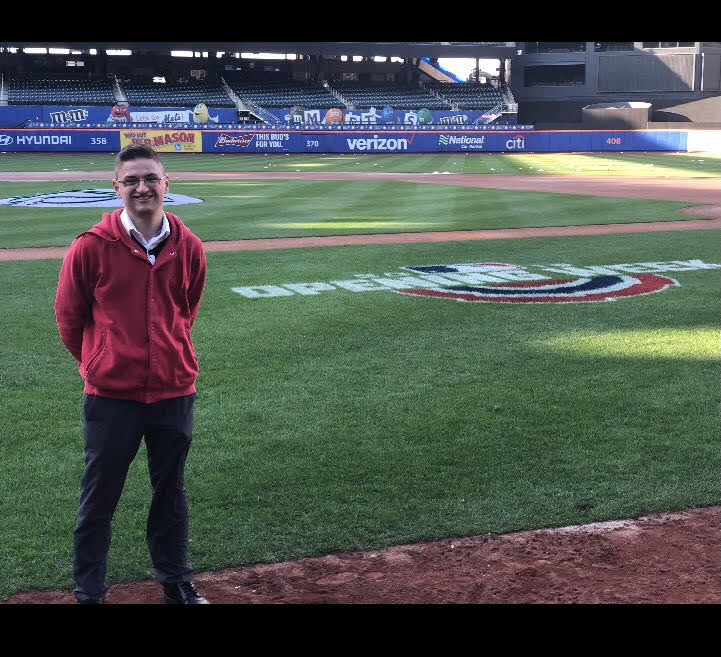 As I enter into my third to last semester of undergrad, I spent a lot of my Christmas break reflecting on my journey so far. All of the friends I have made and lost, all of the trials and tribulations, and dealing with some of my lowest moments in life so far. Life is nuts. Just six years ago I never thought I would be a college student with an above 3.0 average and only three semesters away from receiving my degree.

It feels like it was just yesterday when my guidance counselor in my junior year of high school told me I shouldn’t go to college and instead take up a trade. There is nothing wrong with learning a trade like plumbing or being an electrician. Those are great professions that are in high demand but that just wasn’t for me.

It all started when I was in fourth grade and I was diagnosed with ADHD by a doctor. I could never focus and it is a problem I’ve had since first grade. I didn’t truly realize it until fourth grade when I got pulled out of my class in the middle of the day at Lakeview Elementary in Mahopac to transfer to Fulmar Elementary, which was on the other side of the town to be put into a special education class.

On the first full day at my new school, all I remember was crying like a baby for most of the day for a few reasons. The biggest reason was I lost all the friends I made at Lakeview because now I went to a different school. Another big reason was that I was in special education classes and fourth and fifth-grade kids would bully me for being special ed.

That went on up until 8th grade than things started to get better, but once I arrived at Mahopac High school the only thing I worried about was playing football, hanging out with my friends, and trying to get girls. I didn’t get many though. I’ll be completely honest with you I was a loser in high school.

My biggest concern in high school wasn’t how many girls I got or how many friends I had, it was my failing academic career. I just didn’t give a damn about school. I would go to class and just sit there and go through the motions of the day. Sometimes I would just fall asleep in the middle of class. I was that kid that sat in the back corner of every class so the teacher never called on me.

I just didn’t care except for English.

For some reason, English was the only class that I would pass with flying colors year in and year out. I always liked to read and write. I felt like it was something I was actually good at and probably the one thing I felt somewhat confident about.

As senior year was coming around the corner all of my close friends in my group, and kids I got friendly with on the varsity football team, all started to talk about where they were going to college after high school. Due to my poor grades and failing three New York State Regents exams, that I still had to pass to graduate, I was on the brink of flunking out of high school. College wasn’t in my future. At this point, it was just graduate high school so you don’t become a fifth-year senior. That would be embarrassing.

The conversation I would have with him would be the same as the year prior when I was a junior. When I walked in there he told me straight up that college wasn’t for me. He told me I should go to BOCES and learn a trade or do something else other than further my academics. Honestly, I understand why he would say that because my grades were horrible.

However, he started to show me pictures of a student he had a few years prior that was like me.

He was a poor student but went to BOCES and learned how to be an electrician. The pictures he showed me were of this guy’s big house and his nice car. I don’t remember what kind of car it was but I remember it was nice. I felt like my guidance counselor was trying to sell me on a dream that I didn’t want. I never cared about material possessions that much, where I would take a 9-5 job I hate just so I can afford those things I honestly didn’t need. They would be nice to have and maybe someday I will have those things while doing something I love. Back then and even right now that is not my top priority.

My mindset started to change, what he said kind of lit a fire from under my ass and I was motivated to pass all my regents exams to graduate from high school. Which I did, I studied my tail off and worked so hard during my senior year. Most seniors were chilling because a lot of them already got accepted into the colleges they applied to.

After I passed all my regents exams I was ready to graduate with my class. A week before the graduation ceremony, I got a call from my guidance counselor to tell me congratulations and how much he was impressed. He then asked me what I will do next and I simply told him I really do not know.

A year later, I did the complete opposite of what he told me and I applied to Westchester Community College. The rest is history. The moral of this story is to do whatever you want. Don’t let someone tell you what you can and can’t do because they don’t know the person from within.