Who do You Know? 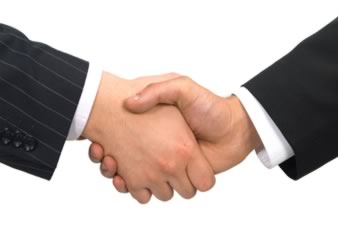 “It’s all about who you know” the phrase that has been floating around for years and the reason why many people get jobs without having the proper qualifications; CONNECTIONS.

Networking is one of the most instant and powerful ways to market yourself and to meet people in your area of interest as well, as other areas that might benefit you down the line.

However, networking isn’t easy for those people who feel like they are not part of the “in crowd” or for those who are shy and fade away in class as if they were never there.

In my first year of college, I remember sitting daydreaming or constantly escaping mentally, with thoughts of leaving class and going for some drinks.

And although I attended each of my classes with a ranging hangover, after classes or that night I would give in to having that drink or go clubbing that night typically, with the friends I met in school.

Talk about the people you tend to gravitate towards!

These people usually were the ones who spoke about partying that night or going to play pool with more “all-nighter” friends not realizing, that level of networking was not beneficial to me.

Networking is just a matter of making connections and building mutually beneficial relationships with people. It ranges from being in your neighborhood, walking the dog, to your local coffee shop, supermarket, as well as that boring class -with a bunch of old hags you hate.

How do you network? Ahh,’ the golden question and, while you may think it is manageable and not that much of a challenge, it really is.

You have to be vulnerable and put your self out there along with mustering the courage of not being intimidated or at least not showing it.

Everyone knows somebody that knows somebody and its all about the simple things like courage in introduce yourself.  Many of times you will find that you must make that first move, they do not need you, you need them- remember that.

As a student, we all come from different backgrounds with similar and distinct personalities. You are in class with the “Cool Kids”, the invisible shy and quiet students, the slackers who do not participate much nor talks to any classmates, and then you have your “know-it-all,” students who have the answer to every question and who get the satisfaction of knowing that they are outshining others. All these different personalities that is an obstacle in itself and can halt you from actually talking to someone.

Extend your “Hello’s” when entering your classroom, knowing that you have one full semester with your classmates gives you more than enough time to get the following answers to; who is in your field? What year are they in? Who is currently taking an internship? Or who is currently working at a job in your field? These are all questions you can have answers to weeks into your semester gained from your routine greetings.

Sparking conversations before and after class is also a great way to network and to find out more about your classmates. As your semester goes by you will know who to grow friendships with and who will not benefit to you down the line.

Look at me, I graduate in May with my Bachelors Degree in Journalism and it is sad to say that I do not have one contact in my roll of decks of a present or previous classmate who is in my field.

Another important factor in networking is being consistent and growing long-term relationships with people in your field.

I am sure that if I would have sparked a conversation with those in my field with their foot already in the door or grew a relationship with them, I would have probably had a job lined up at their companies after college.

Better yet, they could have even recommended me or guided me down towards the direction needed to establish myself in the beginning stages of my career.

Networking can be the reason why life can become easier for you. Knowing the right people can save you from wasting numerous of hours researching via Internet.

You have direct contact to people that can help in not just your field but as well as other fields.

For example, you may have been in a math class with a student who was studying law who then later became a lawyer. By you maintaining a relationship with them after college, you now have a lawyer in your roll of decks that you can call for any legal consultation/ advise you may have or who may even represent you in the future.

Vice versa, if they or someone in their family wants to study journalism and I am already established in my field, I will be able to guide them in the right direction, introducing them to the right people.

It’s really all about whom you know. NETWORK!!!