Where is my Place? 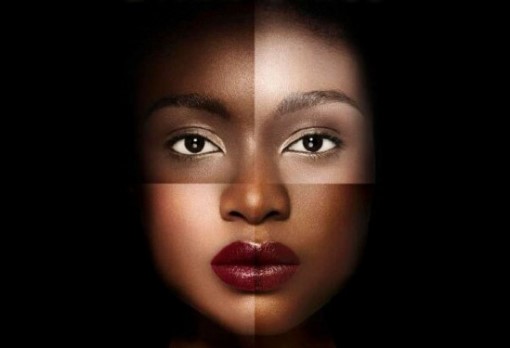 Ever since I could remember I’ve had to fight to belong somewhere whether it was in high school; trying to fit in or today on college campus.

What strike me the most is that New York it’s self is a melting pot of different cultural backgrounds. I guess the big question is where are these feelings coming from?

As an adult I notice how ridiculous it might have been for me to think that I had to prove myself to people who probably shared the same insecurities I did. And it was not until just recently that I discovered this was resulting in the color of my skin and the perceptions people had of it.

Now, I’m not bringing the racial card out but think about it.

Black young women, especially in there 20’s, hate amongst their own kind. They’re reciprocation of what it means to be African American gets blurred.

It is an unfortunate reality that everyone wants to hold the obvious pain. When pain is discussed, no one wants to acknowledge degrees of privilege, just shared pain.

Everyone has their own rendition of “you didn’t have to prove yourself the way I needed too,” and the loudness of voices competing to be understood and validated continues to drown out any real healing in this colorist society.

By men, by society, and by some of us, it is silent on films depicted and persistent stereotypes of them being perceived as loud, ghetto, promiscuous, uneducated, and poor.

Going back to my “black men statement”- especially the ones, who are educated or are currently in college, go through the “jungle fever process.”

If he is the typical jock “basketball player,” or “Mr. Popular,” not disqualifying any girls that are attracted to him, he is most likely to lean towards the white girls.

And only towards the black girl if she has enough merits and is considered or viewed as the same standards as him, and of course that almost always is the light skinned- long hair-“BLACK girl”.

But this is not about me raving and ranting about that’s really black because everyone does it. I am a dark Latin woman, and most people perceive me as a “black woman.”

Which brings me back to my original question where is my place?

Voices are scattered around my head lingering with comments from my own Latin people like; “I knew she was too pretty to be black”, or “if you would have never spoken Spanish I would have thought you were black.”

Or from black men; “are you mixed?” “What are you, I know you’re not black with that texture hair like that.”

I sigh realizing there are just so many barriers we need to break, and it begins with the stereotypes, I mean what is “good,” or “bad hair.”

Colorism — or discrimination based on skin color — is a centuries-old phenomenon that, despite all of our movements towards acceptance and equality, still remains a relevant issue.

African-American and black women have always had to deal with that ever-hovering beauty concept that lighter is better.

Just look at the most famous African-American and black female artists in the scene today: Beyoncé, Rihanna, Nicki Mina — all lighter skinned and all arguably more successful than the rest of their darker-skinned peers.

This certainly affects those who identify with being “Afro-Latina”, or Latina women who also possess African/black roots but were born or raised in the Hispanic culture.

Many Afro-Latina women deal with being caught in between not being considered light-skinned enough to fit the ideal Latina beauty standard or dark-skinned enough to truly integrate with those of an African/Black background.

Because I wasn’t validated as a Latina to my own Hispanic community I turned to a community that would accept me, but that came with its own price.

I gravitated toward the African American community because people already perceived me as one.

I started to change everything from cutting my hair, listening to hip-hop and dressing more urban-cliché, but honest. I was ashamed to be Hispanic because I felt I was not good enough to be it.

It took me a long time to get over that phase especially when I lived in a predominantly black neighborhood.

Things were literally spiraling out of control and all my friends though I was African American. We would meet outside or in school; they were never be invited to my household because I did not want them to recognize I was from a Hispanic background.

And it didn’t help that all my friends were African American because they all mocked and made fun of Spanish girls they even bullied them.

It was so out of control that they would talk horrible about the Spanish race in general and I would keep quite, agreeing with them.

I became disgusted with myself and this created an internal problem.

Today, I’ve come into terms with who I am but still to this day I do things like wear my hair a certain way or dress a certain way so that I don’t like “too black,” or “like a hick.”

It’s a working process and I constantly try to break that cycle but the media and society are so influential that I don’t think people notice what really influences their choices anymore. It ranges from why they are the way they are, or better yet who they choice to gravitate towards weather is a friendship or relationship wise.