Watch out for VDT syndrome ! 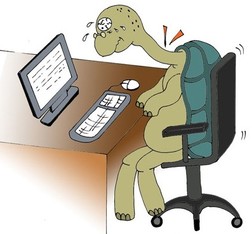 With the increased use of computers and the Internet, many people are spending extended periods of time using computers at work and at home. This has led to an increase in Computer-related health problems which are called VDT syndrome. VDT syndrome refers to pain in the neck and shoulders due to shoulder-arm-neck syndrome, and other musculoskeletal symptoms, fatigued eyes and foreign sensation, skin conditions and neuropsychiatric problems. VDT stands for visual display terminal ―meaning computer screens.

The initial symptom of VDT syndrome includes pain and stiffness of the muscles, myofascial pain and lower back pain. Secondly, symptoms of the eye can occur, such as foreign body sensations, redness, photophobia, dry eyes, myopia and other refractive problems. Thirdly, psychiatric problems such as Internet addiction, game addiction, depression, sleep disturbance and headaches occur.  Lastly, although controversial, exposure to electromagnetic radiation can cause health problems, such as skin disease, teratogenicity and miscarriages. 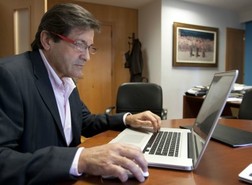 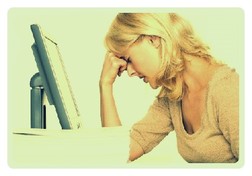 The causes of VDT syndrome include poor workspace design, a dry environment, low quality computers, the use of the wrong prescription glasses or contact lenses, bad posture, repeated pressure from keyboard use, repeated movement in a fixed posture and insufficient rest. I think that the reason for the increasing number of VDT syndrome patients to be increased individual computer use, larger screens, the increase in the number of laptops, and the use of computers by the middle aged and the elderly.

To prevent VDT syndrome, maintain a distance of at least 30 centimeters between the eyes and the screen. This decreases the angle of the neck, to decrease pain in the neck and shoulders and also helps the eyes from tiring out.  If you feel that your eyes are tired or if your muscles are stiff, rest whenever you feel these symptoms even if you have not worked for 1 hour. You should also try to reduce the amount of stress and enjoy your work.

VDT syndrome can happen to anyone anytime just like me. I think when we suspect VDT syndrome, we have to go to a hospital first and receive the right diagnosis. This is because VDT syndrome can lead another symptoms as time goes by. So, I want to say it again “Watch out for VDT syndrome!”