Embarrassing moments can be a life changing experience. A moment where I was highly embarrassed was at the Black Student Union Talent Show my junior year. From that situation, I remember these specific things: what happened at that time, why it embarrassed me so much, and how I prepared not to be embarrassed in the future. This instant was significant because poetry is very important to me.

Spoken word is poetry expressed aloud in an elaborate manner. The first time I succeeded in doing one was my sophomore year. I was as proud as a high school graduate. But the second time didn’t go as well as the first. At the talent show, I was performing twice and I wanted this specific performance to be on point. The piece I was displaying was special because it was designed in a way the audience would react to. I was doing a fine job until I was about one-third of the way into the poem and I could no longer remember any part of it. Like a statue, I froze onstage hoping the next line would come to me soon. When it didn’t, I repeated the poem from the beginning with hopes that I’d be able to pass the obstacle I met. When that didn’t work, I secretly panicked. Someone from the crowd yelled out words of encouragement and prompted me to start over again. I chose to freestyle my way through the performance and rush off the stage, for my embarrassment was now at its peak. I entered a bathroom and cried in frustrated anger because I failed at a talent I was both known for and expressed importance of: poetry.

Although it was my second time performing spoken word I felt horrible. It was like Michael Jordan getting the ball stolen from him ten seconds before the last quarter in the game ends, when the team is already down on points. Poetry was everything to me and I was unsuccessful in executing its art. What made it worse was that I was the president of the Poetry Club on campus. So it felt as if everything I was teaching to the club members were false. I became highly discouraged afterwards and no longer wanted to teach or perform. I envied those who perfected the craft of spoken word so easily and my sorrow carried on for some time. After a while I decided to learn from my embarrassment so that it would never happen again.

Upset about my performance and knowing how it should have went, I set out to try again. My friend had wanted me to perform at her showcase and not knowing how to explain to her what happened, I reluctantly agreed. I had seen this as a chance to redeem my shattered talent. Because I did not want a repeat of the talent show, I practiced my poem as if it was essential for survival. I had noticed that my main problem was not giving myself enough time to practice because I was distracted in other areas. Knowing I have a hard time remembering lines, I should have given myself more time to do so. When I performed at the showcase, there was hardly a crowd. Nevertheless, I preformed with accurate skill and a genuine finesse. I felt glad and accomplished. I was ready to spread my wings once more into the poetic skies. 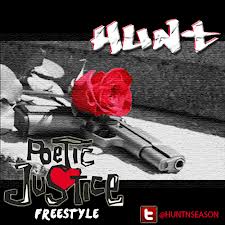