Chivalry Was Murdered. But Who Killed It? 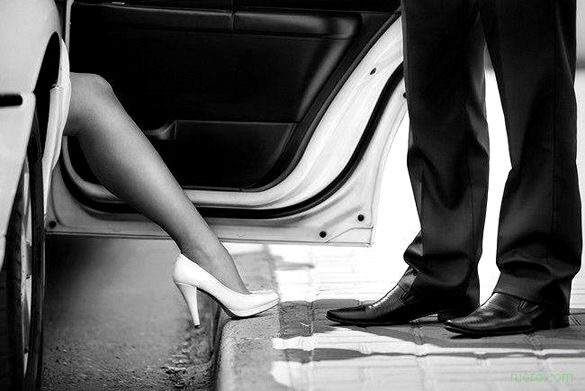 Women constantly whine and complain claiming that chivalry is dead. For those of you just checking into the world who didn’t realize that they complain about it, newsflash, they do!

You can go back to the death of chivalry and wonder did it just die – or was it murdered?

My usual guess, Col. Mustard in the ballroom with the candlestick. Okay maybe not, but it’s kind of that simple.

The only people who can totally be blamed for chivalry being dead are the same people who complain about it, the women themselves. Not saying men don’t have anything to do with it. Come on guys you can’t get off the hook that easy. But the overall death of chivalry can be charged to the women and the way they act. It doesn’t help that women lower their standards and let men treat them crappy but that’s for another day.

Chivalry can be displayed in the simplest form. It doesn’t always have to be this huge gesture where someone brings flowers and chocolates for you everyday. Holding the door open for someone, or offering a helping hand are all simple forms of it.

Now the death of chivalry isn’t the only death that we’re mourning here. I’m also grieving over the loss of my car, my baby, my four wheel drive beast, my Land Rover named Sheryl. Recently when the blizzard that was Juno hit I was really upset that she was gone. See currently I’m driving a small car that get makes one inch snow seem like one foot. I guess I must have been spoiled because I’m so used to not having to shovel my car out completely that I didn’t do it. Or maybe I’m just lazy and don’t want to do it. Either way I’m stuck, on the street alone and have to get to practice.

My neighbor, who I don’t know too well, offers me his help, which I could really use. But what do I politely say? “No. I’m okay, thanks though.” Really? In my head I’m screaming “yes please help I don’t know what to do” but no.

Now why do I do this? Why can’t I admit to myself that I need help? It’s because women like me believe we’re all independent and it’s offensive that others think we can’t do things on our own. Seems almost as if getting help from someone is a crime.
So why even bother asking? There’s a way of going about it politely or some women will literally stick their noses up and let the world know how offensive it is. How dare they think that you’re incapable of doing a task they’ve been watching you struggle with and then offer you help?! How incredibly rude.

This is why men don’t offer their help when you actually need it. Knights in shining armor are endangered creatures because when it comes down to it women will refuse their help, and they know it.

In my house at a young age my brothers learned simple things in how to treat women. If a lady comes into a room and you are seated you get up and offer them your seat. Now, do my brothers do this constantly? No. I see it all the time. I shove an elbow into them and ask them why. The answer is mostly always the same. Something along the lines of “why bother?”

And why should they?

If their good deed is going to be seen as a negative and degrading comment towards women and how they view them why would they continue? Albert Einstein defined insanity as “doing the same thing over and over again and expecting different results.” So it would be insane for them to try again. Just like it’s insane for women to continue to be insulted by these men yet expect them to be display acts of common courtesy.

So here we are at a crossroads. Women who complain about how chivalry is dead can only blame their fellow sisters. Maybe if we can mind our manners and be polite about how we answer, some of those Knights in shining armor will come out of the dark and out of their caves. Less scared about snotty women sticking their noses up like their better than everyone

Don’t scare those sweet endangered creatures away. Their innocence misunderstood. So next time you see someone making some sort of act of chivalry how will you react? Will you send them back to the dark to hide out, or will you be polite and even possibly accept. The choice is yours. But don’t be one of the ones complaining, remember we have no one to blame but ourselves.