An Athletes Struggle to Return… Again 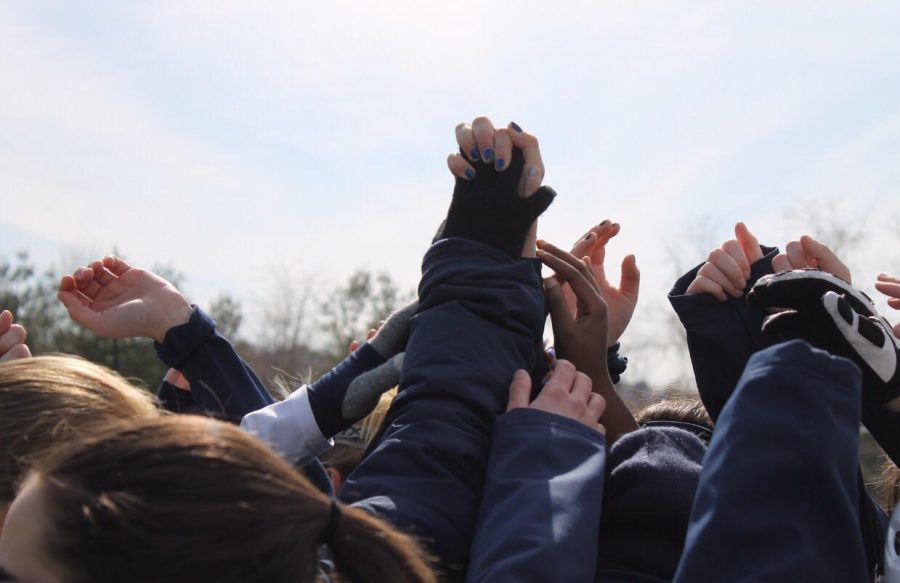 Returning back to school towards the end of January felt like it came too soon for me. I was not ready to be back at school. Mostly I was not ready for my last season of lacrosse. This will be my fourth year of playing and the end of my NCAA eligibility.

I struggled extremely hard over the break. My anxiety came back around full force. I got depressed about playing. At some points I didn’t even want to. I was ready to drop my stick and walk away.

When the whole team was excited to come back I was annoyed. I wasn’t sure why.

Working three jobs at home didn’t really help. I was exhausted and had no time to myself. My days consisted of getting up in the morning going to one job and then darting over to the other. As the sports saying goes “no days off.” Did I really want this again when I came back?

Right before break ended I had gone to the doctor for what I thought was the flu. Maybe get some antibiotics send me on my way no big deal. They did find something to be wrong when I came in, but it wasn’t the flu. My kidneys weren’t doing so well.

I was in denial for a while because my kidneys are not something else I want problems with. My liver has been a problem for me as well as my thyroid.

I believed I could play through this just the same as anything else.

Being sick is nothing new to me. Normally I push it to the side and play through it. I’ve played through stomach infections, throat infections, colds, flus, you name it. Not to mention the pain of battling through injuries. I’ve played through having walking pneumonia my sophomore year. My only restriction from my coach, I wasn’t allowed to play in the rain. Fair enough.

People look at me like I’m crazy for doing this. Sometimes I look back and think the same thing. Personally for me it’s what makes someone an athlete. The ability to push through all these struggles just to continue competing.

I’ve been pushing myself through for four years. My body has physically broken down on me. When people joke about me being an old lady, it’s not a joke, it’s reality. I feel brittle and like my legs may snap off and every are actually strenuously tiring.

I feel like the little engine that could almost at the top of the hill and ready to give up.

At first I didn’t mind. I was in so much pain, even walking was painful. But there I was watching from the sidelines. All talk and no action. The only thing I could do was watch as my teammates played around me. I guess you can say I snapped right back into it.

The game I had fallen in love with as a child was flaunting itself in front of me. Teasing and seducing me to come back and play. Physically I couldn’t do it.

As I started to get better, able to walk without pain again, I was also getting worse.
The pain was going away and kidneys curing, but the prescriptions they had put me on we’re making me sick to my stomach. I felt extremely weak and brittle. I would see stars when I would stand up too quickly. Almost pass out when I exerted myself in the smallest of physical tasks.

Was it such a great thing to walk normally if the only place I was going was to the bathroom to throw up?

I didn’t feel well enough to eat, I slept like crazy. A bear in hibernation. Still not allowed out to play.

After two and a half weeks on the sideline I finally got the okay from my doctor to play once I’m done with my prescriptions. Ironically enough it was a Wednesday, me about to attempt to get over a hump.

My only stipulation from my trainer: take it easy, if you need a break, take it.

Coming back wasn’t all sunshine and roses. Not even close. We did stations that day. So there I was going from station to station. I honestly thought I was going to pass out after my first set of burpees. But I continued to go from each station busting my butt like I always have.

This must be why people looking on think we’re crazy. It’s something others just don’t understand. When it comes to effort I’m giving it 100%, 100% of the time. I’m not holding back.

So how did that make me feel after stations? Like absolute crap. I actually went to the bathroom after to throw up. Came right back grabbed a quick drink and went into a drill.

Whenever coach says “split up into offense and defense” I know it’s going to be something that I like. Just the anticipation of looking forward to those words was something I missed. I rarely am on the scoring end of the field. I’m a true defender and I love it.

When the drill started and it was finally my turn to go in it felt like I had never left. Except for maybe being out of shape. But I was back. Every turn, my teammates would cheer for me and compliment me after, and it felt great. Until I felt like I was going to pass out again and I had to step out.

I felt like crap after practice that day. I was barely able to eat. I went home laid on the coach passed out and then got sick again. Questioning my sanity. Why do I do this to myself?

See there’s something about hitting a girl so hard your giving her bruises up her arm, keeping her away from my goalie, and your teammates cheering you on for it that holds a place near and dear to my heart. Something about a group of girls coming together and working everyday to achieve one goal. It’s something about that group of girls becoming a family sometimes caring even more for each other than themselves.

It is something I lose sight of sometimes. Being a part of something that is bigger than yourself. Pushing yourself to be your best so others around you can better themselves. A family in and of itself that can show tough love at times.

If you’ve never gotten to experience that then you wouldn’t understand. And you never will.

So now here I am. Struggling to get myself back where I was. Exhausting myself mentally and physically so at the end of the day and eventually the season I’m not stuck wondering about what I could’ve been or done. I just have to do it.