So Many Ways to Love 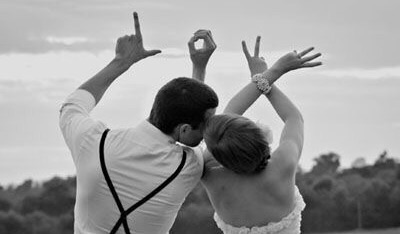 With Valentine’s Day just this weekend the word love came right along with it. They are in a relationship together walking hand in hand through life for the rest of eternity. Or until someone randomly decides that they want to end Valentine’s Day, which is not happening in the near future or anytime soon.

The word love is a powerful word. It can make or break relationships, friendships and family ties. But what exactly does it mean?

Love in the dictionary is described as a noun meaning “an intense feeling of deep attraction” and as a verb it’s defined as “feeling a deep romantic or sexual attachment to (someone).”

But these definitions are no longer true, as this word is something loosely used.

People have different definitions for the word. Maybe that’s why they don’t stay together. When people say “I love you” to one another they don’t have the same meaning to each person and so it becomes misconstrued to the other.

The word is so loosely used because now there are so many different types of love that people can feel towards things.

The way that someone loves their parents and their siblings it doesn’t mean that they feel a deep attraction to them. Nor do they feel a sexual attachment. They are around them so often and feel a connection to them like no other. Its compassion and appreciation for everything they have done for you.

It’s the same with great friends. The ones that have been there for you through everything. The highs and the lows and all the in betweens. You don’t have to feel a deep attraction to them to love what they have done for you and how it makes you feel.

Then there is the way you can love your pets. Their presence or just cuddling up with you. I mean after all dogs are a “man’s best friend.”

It’s a companionship where you will never be wrong. You will never be judged or made fun of. Which technically does make them the best friends that you can have. The ones that don’t talk behind your back (mostly because they can’t) but that’s why you love them. Just as much as you would a friend.

But out of all the loves the love for food may be the one that triumphs over all. The love people feel for something that they put into their bodies everyday. It almost is in a sexual way.

The fact that you need food to survive probably doesn’t help. You want to eat things that are not only beautiful but also make your mouth water. You want it to make you feel happy and taste like something you can only dream of.

Maybe there’s a different word for all these different types of love waiting for us somewhere in the future. We just have to figure it out.

Personally if you ask me, my opinion of love varies. But here is what, for me, remains true.

I believe love is a feeling you develop for people you care about more than you love yourself. I believe that you can love someone without being in love with them. It’s something that makes the world go around and without it the human race might actually implode. It is what distinguishes humans from animals although at times it’s still hard to tell the difference.

In order to be in love is something I can’t really say much about. I’m no expert there. I’ve never been comfortable enough or even close enough with anyone to tell them that I’m in love with them. And who knows if I ever will.

Maybe it’s because I’m not sure what the meaning is to myself.

Maybe it’s because I don’t want to get close to people. Because I get annoyed with little things so easily that I pick them apart for it and don’t like them anymore. Waste of my time and effort if they’ll just be out of my life soon enough.

Maybe it’s because I don’t know what I’m looking for. Because the movies and TV shows make it seem like something that you have to do over the top things for all the time. Like its something that’s so easy with no effort and it’s possible for everyone. But life is not a movie, and people don’t do things like that in real life.

These are people that I often hate and that drive me crazy but would defend them to the edge of the earth.

So until we can find out a universal meaning that everyone agrees on, this word can forever go on in mystery of its true definition. Love. A word defined as urban dictionary as “nature’s way of tricking people into reproducing.” Just another misconstrued meaning. Leaving more confusion.