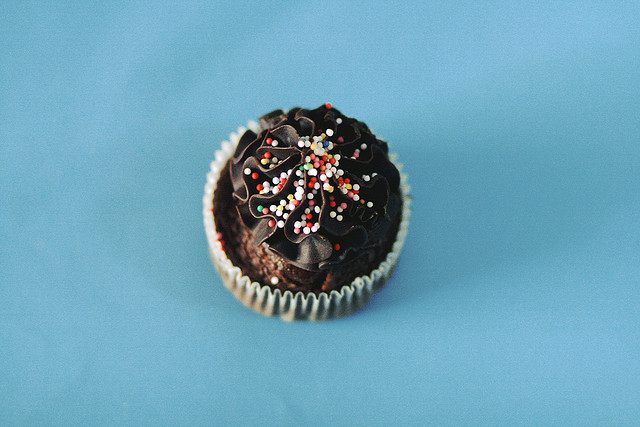 I wanted to make my birthday special so when thinking of activities to do I did what anyone my age would do… I Googled it.

“Things to do on your birthday.”

The results for the most part came up all the same. Go out to eat. Throw a party. Hang out with friends. Have a spa day.

After filtering through all these results I finally found something that I couldn’t help but love. I found a website, thebdayproject.com with a mission to give back on your birthday. Instead of just celebrating you for that day, they want it to be a day to give back with random acts of kindness.

So that’s what I set out to do! For my 22nd birthday, I didn’t have much money. So I worked with what I had and what I’m honestly pretty good at. I wrote 22 hand written letters (something that seems to be a lost art) to people around me and in my life who I rarely get the chance to thank.

Now I only handed out a few of them. Not all of them. Blame it on being sick, or lazy, (whatever…) but I have yet to hand all the letters I’ve written to everyone. But still I’m going to share how my birthday went.

My birthday was Sept. 8. The end of a long summer and two days before my first class. And as this summer of mine, which was filled with sadness and anger came to a close, I wanted to end it on a note that was a bit more up beat and happy.

I can honestly say sitting down and writing something about someone who you respect and care for is such an eye opening thing. You have to explain to them what it is that they do for you that makes them such a great person. It’s like a long letter full of compliments.

When you take the time to realize how much people around you actually do for you, and how much they have your best interest at heart, gives you an instant confidence boost.

Anyways, back to the letters. I wrote a bunch of them. Haven’t gotten a chance to give all of them out. Maybe I’m nervous about the reactions I will get from some people because the one I left for my manager at my job was perhaps one of the best reactions I could have hoped for.

It was also very unexpected.

I left the letter at the desk for her and she found it on the morning of my birthday.

When she read it she immediately texted me. Saying how much she appreciated it and how beautiful it was.

She was also crying her eyes out. Yes, tears flowed. Mission accomplished.

When I came in to work, what made it even better was the story she told me that went along with it.

She had come into work that day with the worst mindset. She didn’t understand why things could never be easy for her. It seemed to always be something. Whether it was a payment for her car or even her cell phone, or just something as simple as scheduling errors. She came in almost crying to our “Big Boss” as we call her. She was so stressed and just didn’t feel like doing anything.

She came and sat down in the desk finished her normal morning routine and saw a letter with her name on it and she knew it was from me.

Which honestly made her nervous.

She thought it was my two weeks notice. She thought she lost me and was going to be devastated.

When she opened it, she said she was happy to see something positive. Reassuring her that she’s doing something right. She honestly is the best boss in the world. She doesn’t ask for much and if you make any mistakes she’s super lenient. She’s trusting and encourages you to be creative when we can.

It honestly made my day.Which is what my birthday is supposed to be about anyway.

It’s hard for me to voice how much I really do appreciate people when just talking in conversation. So these letters were really hard for me to give out.

But if I get more reactions like that I think it will make everything worth while.

This summer I learned so many hard lessons.

One of which is that life is honestly is too short so you have to appreciate what you have while you still have a chance to. You never know what could happen tomorrow. I lost some good friends. Maybe I’ll fill you in on that at a later date.

I think this a step in the right direction.