Looking For a Punchline In My Summertime Sadness

A summer of heartbreak that just doesn't seem real. 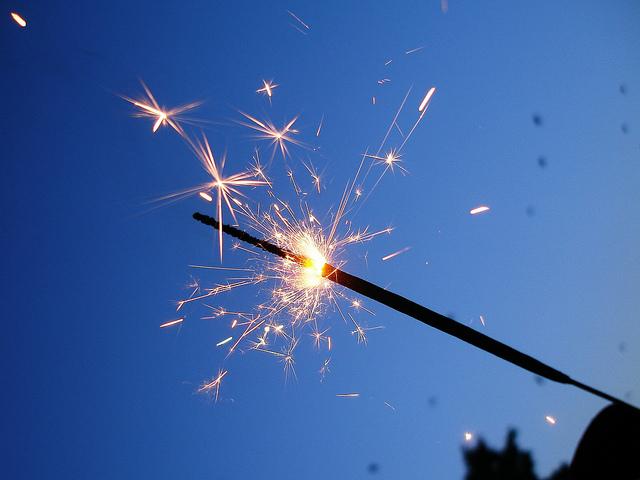 I constantly keep saying the term “I had a bad summer.”

Or when people ask just how my summer went it takes almost everything in me to stop myself from crying.

When you think of summer you think of happy things. Vacation. Sunny summer days. Beaches. All care free things that you normally would not feel the need to cry about.

I won’t lie. I did have some fun times. I went to Turks and Caicos and was able to dance at a couple weddings. (Weddings are always fun!) But my mind was always wondering to all of the bad things that were happening around me. It seemed like I couldn’t avoid conversations that were being brought up, forcing me to deal with situations I didn’t want to talk about with the people who brought them up.

Going back to school at the beginning of this month seemed like just the change I needed. But it really didn’t make too big of a difference.  But as the hot summer sun melts away, the green leaves on the trees begin to change their colors and start to make their descent to the ground below.

It finally feels like a change is occurring within myself as well.

As if I am finally ready to get it out and let it go.   So here it goes. The story of my summer.   As school was beginning to let out, my mom called me telling me that she needed to talk. I got worried. That she was sick or something was happening.   She called to tell me that her and my dad were getting separated. News that I was not expecting.

So many emotions ran through my body at once. I was mad, angry, confused. I just didn’t understand where it was coming from. But just like with anyone else in my life – I just wanted everyone to be happy. Even if I wasn’t. When I went home it didn’t feel like it was my home any longer.

I’m one of four children in my family. And two weeks earlier, both my brothers and my sister all moved out into the world on their own. So when I arrived back to an empty house it just didn’t feel right.

It was an adjustment to say the least. But I had a busy summer ahead of me. I was working my job at the customer service desk at the local mall and I had my internship all set up at a local production company in my town.

If I’m busy, I’m distracted, and it’s much easier for me to deal with my emotions. We all need a mental break from them.

I was happy with my internship. That was until I found out some information about the owner of the company.

He was my mom’s new boyfriend.

He was overly nice and trying way too hard to make sure I thought he was a great person. Which made me feel more and more like he had something wrong.

As my internship came to an end, I started a new job at American Eagle in the mall. Unlike many people I actually enjoy working. I get satisfaction out of a job well done.

But just as I was starting this new job I got some bad news.

My good friend from middle school and high school, Trent, had passed away in a car accident. The driver lost control of car and ran into a tree flipping the car over, he died on impact. The driver surviving.

I had to take off from work within my first week of working for the funeral.

It felt as if a hole went through my heart. My stomach turned upside down. I couldn’t even speak about it with anyone. All I could say is things like how and why. I just didn’t understand how someone so young with so much potential could just get taken in a blink of an eye.

But like all things time passes, healing the open wound and leaving you with a scar. And right as not only I, but the whole community was healing, BOOM. More devastating news.

Another friend from high school, Ryan, passed away from a drug overdose.

At this point I just felt numb. I believed it had to be a bad dream and soon I was going to wake up. I couldn’t stop feeling like something wasn’t right. Everyday felt like a struggle. Like tomorrow was going to come and it was all going to be over. A bad joke and we’re all just waiting for the punch line.

But the punch line never came.

I began to start feeling really sick. I thought it was because I was depressed. But when I woke up with a huge lump in the side of my neck I freaked out.

I went to the doctors. They put me on antibiotics for swollen lymph nodes. After a week of being on them, finishing the prescription, and actually feeling worse I had to go back. I had another lump on the other side of my neck, my throat was almost swollen shut and I had a rash all over my arms and legs.

They said it was the same things and put me on stronger perceptions and scheduled me for blood work. After a couple of days my results came in but that wasn’t before my lungs swelled shut almost completely.

And the doctors had made it worse, because they put me on all of the antibiotics.

But just like me, I didn’t stop working. I still worked 12 hour shifts combined at both of my jobs. I needed money. All I wanted was to sleep. But the only place that pays you to sleep is NASA and I already applied. They didn’t ever call me back.

Sitting at my desk at the mall one night, I found out the the joke with no punchline wasn’t quite done just yet.

This time I broke down in tears. It truly felt like I was being tested. Tested to see how much someone could take until they broke.

That day FOUR kids that I went to high school with passed away tragically in a car accident. Dante, Jeff, Jante and Karieem.

The driver survived. A girl who didn’t take a turn but continued on straight. Embarking on a journey down a 200-foot embankment.

I still just don’t understand. So many unanswered questions go through my head. All those feeling I had from the first bad news of the summer continue on. Only now they are worse. I’ve never felt so out of control of my emotions in my whole life.

I’m trying to take these losses and challenges as lessons to move forward. You truly never know when or how things can change in just a blink of an eye. When I think of things like this summer I just remind myself to stay happy in whatever I am doing, and to live life to the fullest.

Currently I’m still working both jobs. It’s hard but it’s just the distraction I need. Everyone is extremely positive and understanding. It’s just what I need.

But now I look to the future in hope that it brings many more positives and much less negatives. 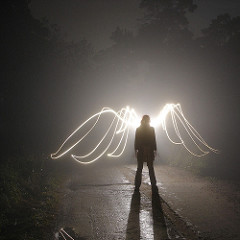 I try hard everyday to keep a smile on my face. And so far I believe it’s working.

Thank you for taking time out to read also. Keep a smile on and spread it to the world.