Reflecting on My Childhood Best Friend 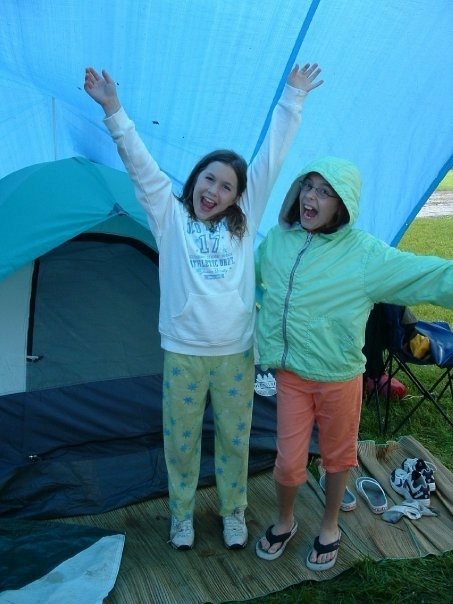 In the beginning of the semester one of the other writers on the staff Kayla wrote an amazing piece about her childhood best friend. Something I’ve always started writing about and would automatically stop.

It’s something I don’t like to talk about because to me it seems to be a bit different than most.

I always say I have a weird connection with death and how I deal with it.

When most people hurt they become angry. They don’t know how to deal with all the emotions running through them. It never seems to be a feeling that they would want to embrace.

I seem to be the opposite. I don’t mind the hurt. I embrace it. I’d rather hurt and be sad than be angry. Because there is honestly nothing you can do.

That feeling of hurt is something that I’ve come to terms with.

The thing about scars is that they heal. And when they do heal the skin that grows back becomes stronger than what it used to be. Learning to adapt and deal with it’s new surroundings.

Being only 22 I’ve experienced more death around me than most people might go through their entire life. And honestly it never gets easier. Each one hurts just as worse as the next.

Like Kayla said, everyone has a childhood best friend. Whether you’ve grown apart or not, that person will always have a special place in your heart.

While reading the whole article and how she tried to reconnect with her make me extremely jealous. Actually bringing me to tears.

You see my childhood best friend was Olivia.

I met her in Kindergarten. We sat next to each other at the red table and just got along amazingly. Only later did I find out she actually lived in my neighborhood. So growing up we we’re even closer. All throughout middle school going into high school.

She moved to the town over. And started going to high school in a different high school actually. But she was never too far away. We would always try and make plans to hang out. And when we did it was just like nothing had ever changed.

It’s only now that I wish I could have done things like that more often.

My junior year of high school I was with my boyfriend at the time (now ex-boyfriend) watching TV at his house.

I got a phone call from one of my other friends Heather. She had texted me before to tell me she had something important to tell me.

I didn’t think much of it because now that I look back on it I really should have.

I got on the phone and I heard her say something that I had to ask her repeat. She repeated “I’m so sorry Marie, but Olivia died today.”

I didn’t believe her at the moment. I continually asked things like was it my Olivia, or that it’s not true. The shock was something that I had never felt before in my life. It felt as if someone was playing one of the cruelest jokes.

Immediately upon hanging up with Heather, I did something that started to make the devastation set in.

I went through my phone and found Olivia’s contact and immediately called her.

The ringing felt was way too long. One after the other with no sign of stopping. Then I heard the voice of a ghost. Her voicemail. Tears began streaming down my face while listening to a familiar voice that now felt so distance.

My heart felt like a huge hole had been punched through it. It sickened me to my stomach.

I had later found out she had slipped while hiking falling down a cliff.

The next week and a half were more difficult than anything I had ever gone through. With the funeral and memorial services taking place it was hard to stop thinking why.

Her father did something awesome for all of her friends. He set up a group in the church for us all to sit and share stories about her and how she made us all smile. It was honestly the best thing I have ever experienced in situations like this.

It taught me a lesson that I really needed.

When the funeral comes around and you look down to see someone in the casket they never look OK. But that’s not how I will remember her.

I will remember her loving and full of life always with a smile on her face, a contagious laugh and a spark of creativity that could fuel the world.

Olivia was one of my childhood best friends.

I wish I could say the hurt has gone away. But it hasn’t. I still feel it whenever I think of her. Or when anyone talks about memories from elementary school. Because a lot of my memories are with her. And I continually think about how it is not fair.

But that hurt is something that I know makes her real. And still alive in my heart.