A Day That Will Live in Infamy 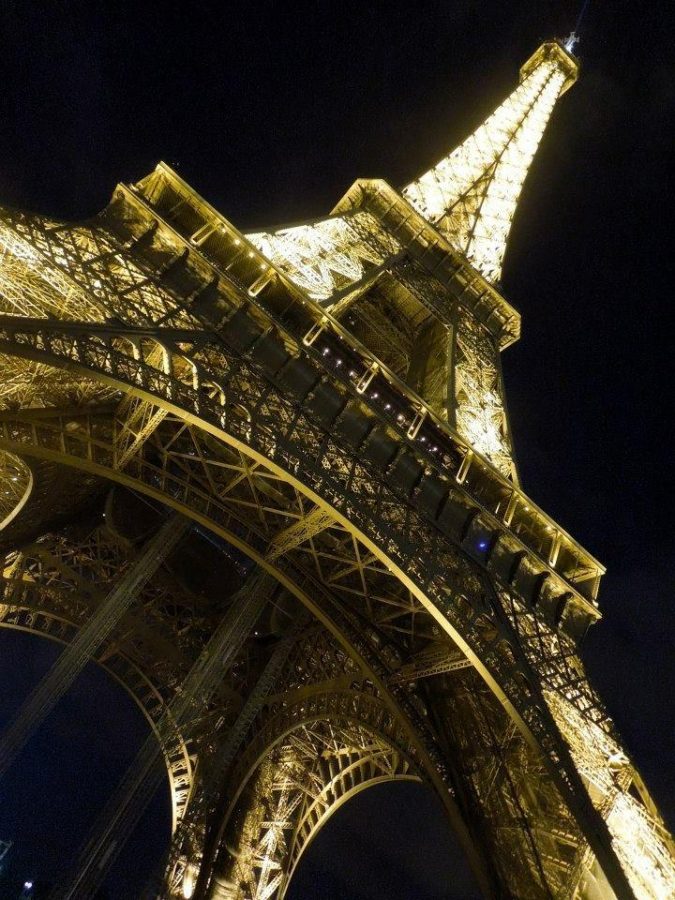 I remember being a kid in the third grade. I had learned about the world wars, slavery and all those violent incidents in history class that we didn’t comprehend were real.

It was three days after my eighth birthday. Just a normal Tuesday in September.

But the gloomy feeling that day was just not in the clouds in the sky, it was also in the eyes of my teacher, Mrs. Matthews.

I remember watching her next to the radio that day as she allowed us to go about things on our own. Something very strange was going on I remembered but I didn’t know what.

Finally, she sat the class down to quiet us and told us that a plane had hit one of the World Trade Centers in the city.

I remember thinking that something must have been wrong with the pilot of he was just a really bad at his job.

Eventually the morning’s strangeness didn’t end there, and the radio announced that a second plane has hit the other World Trade Center building. And the room, although quiet before, now felt as if no one else was there.

I didn’t know exactly what was going on but I knew it wasn’t an accident. There were dangerous people out there, intent on hurting people. And for one of the first times I truly remember, I was scared.

More than 14 years later, events are happening now that, at the age of 22, scare me even more because I actually understand.

On November 13, 2015, I was going to bed. Before bed I normally quickly check through my phone to see what’s been going on. As I scrolled more and more through Facebook and Twitter and even Going through stories on Snapchat, I kept repeatedly seeing over and over images saying Pray for Paris.

I remember thinking about Paris, the city of love and my sister who had visited there not too long ago. I shut off all social media and went straight to search and see what was going on.

As I read more and more my heart began to sink.

Memories of that Tuesday as an 8 year-old started to flood back. And I couldn’t help but wonder what kind of monsters would do such a thing.

Not just one terrorist attack but a series of 8 had been going on. Shootings and suicide bombers in cafés, restaurants and even a music venue the ought the Capitol and northern suburb. Going around creating chaos in the city of love.

The worst part yet was that no one knew who this was. Although many had ideas no one had said anything yet. A mass of terrorists who at the time being were faceless.

The attackers killed 130 people, including 89 at the Bataclan theatre, where they took hostages before engaging in a stand-off with police. There were 368 injuries, 80–99 serious. Seven of the attackers also died, while authorities continued to search for who these faceless attackers really were.

As I scrolled I saw images that became more and more unsettling. One in particular caught my attention. Maybe it’s just the sports junkie in me. But a video showed a soccer game between Germany and France at the Stadé de France, when an explosion went off in the background.

Being an athlete there’s a normal instinct to play on no matter what. But when the explosion went off and the game stopped with no hesitation from the players. As everyone looked in the direction of the sound of the bomb that had just gone out outside.

These attacks were the deadliest attacks on France since World War II.

The perpetrators were the Islamic State of Iraq and the Levant better known as ISIS.

This was France’s version of America’s 9/11.

The next day I scrolled through Facebook. I was so overwhelmed with people who were sending all their loving thoughts and prayers over to a country in a time of need. Although it’s not much, like so many others it’s all that they know how to help. Praying and feeling sorrow, especially knowing how devastating something like this really is.

But with the good comes the bad.

There was one in particular that bothered me more than the rest. A man saying that if Paris was not a gun free zone that none of this would have happened. He went on to talk about how because of that gun free zone Paris had it coming and that they were practically asking for
It.

No one asks for this type devastation to happen to their country. In fact leaders will try everything to prevent these tragedies. Gun free zones or not, terrorists will find ways around it. And just because the citizens are armed doesn’t mean they will be able to stop them.

If we strapped everyone with a gun and sent them out into the world to stop terrorists you would have people profiling and killing innocent people. Even so, America didn’t ask for 9/11 and having our right to bear arms didn’t stop the attacks from happening.

So as Paris continues morning the loss of loved ones and continues to feel on edge for the moment. They will come back stronger than ever from these attacks. Only to become the city of love once more, and remember the November 2015 attacks as a day that will live in infamy.