Why I Hate Thanksgiving (Especially This Year) 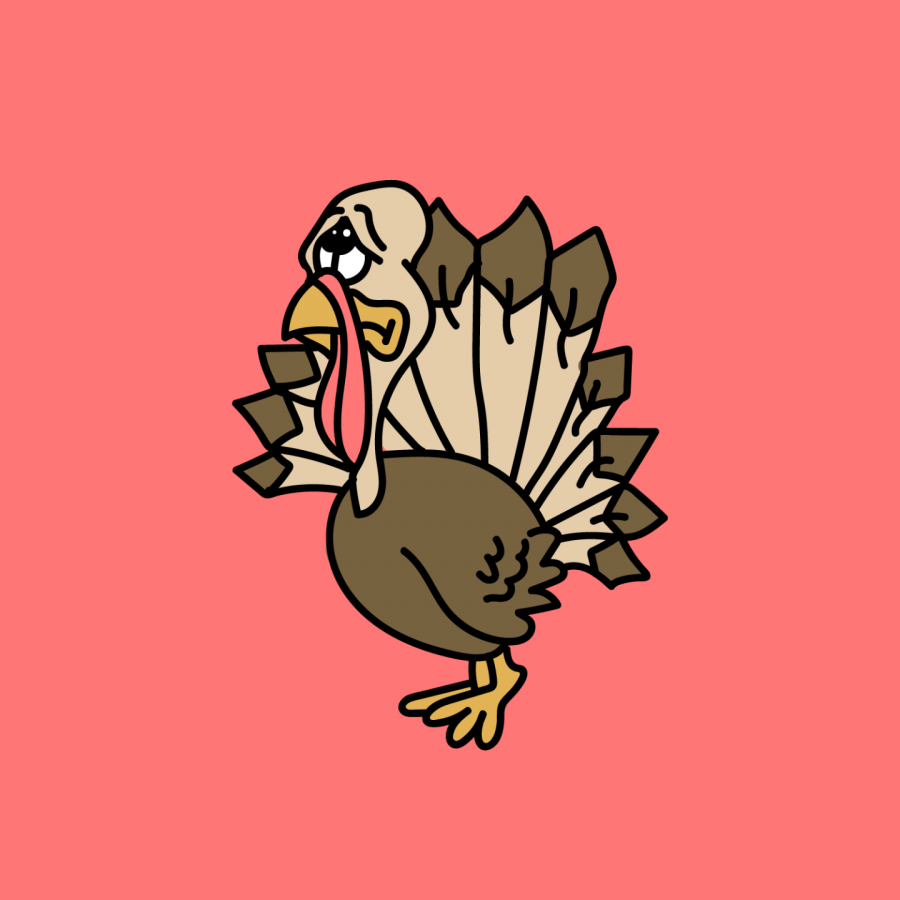 Please, everyone, put down your tomatoes and hear me out.

When I was younger and in my prime, I really enjoyed Thanksgiving and considered it my favorite holiday. I got to eat (what I thought was) good food. My extended family came and I got to play with all my cousins and serve some piping hot tea, and I also got to play with some of my neighbor’s cats when I went to visit them (I guess this is how my obsession started).

However, since I got older, crankier, more secluded, and allergic to pets, Thanksgiving has become more of a required event that I have to pretend that I’m happy for than an enjoyable event. If you’ve ever considered yourself to be the only person why dislikes this chore event, you are not alone. We can be Debby downers together. If you are one of the many who actually enjoys this holiday, I hate to burst your bubble and drown you with negativity.

Either way, keep reading, and let me give you a lesson on the dark side of National Turkey Day!

I first like to address the elephant in the room which is the fact that we shouldn’t even be celebrating Thanksgiving at all to pay respect to Native Americans. Coming from someone who still actively practices some traits from my Native Ancestors (Taíno’s), Thanksgiving should be remembered as a day of mourning instead of a day of celebration. Yes, there are two sides to this story, so I will spend a brief time addressing them.

Generations of “historical story” have painted a picture of white colonialists arriving near Plymouth Rock in Massachusetts in 1620. The notion continues with celebrations between the meeting of English settlers and the Wampanoag tribe for three days which included peaceful and joyful feeding and gatherings.

However, for many Native Americans, Thanksgiving is viewed as a day of mourning and protest since it celebrates the arrival of colonists in North America which almost effectively wiped out many of the already existing tribes.

“Thanksgiving day is a reminder of the genocide of millions of Native people, the theft of Native lands, and the relentless assault on Native culture. Participants in National Day of Mourning honor Native ancestors and the struggles of Native peoples to survive today. It is a day of remembrance and spiritual connection as well as a protest of the racism and oppression which Native Americans continue to experience.”

Now that we got that elephant out of the room, let’s address the other ones that are still lingering around.

For those who actually celebrate Thanksgiving, we have a very limited amount of time off from school and work. Unless you are hosting or are going within close proximities of your home, most people travel miles away from their home, usually by plane, train, bus, or car, and the time given as a break is simply not enough. We have gotten used to the awkward having to bring your suitcase to class so you can rush to the train after school scenario. We have an average break of 3 days or less in New York State. If you are going to see grandma and your hot cousin over in Florida, then we are going to need more than three days.

Next, Turkey sucks along with most of the other foods our family tries to make on this day. Firstly, I would like to address that if turkey was actually worth the hype, we’d make it all year round dish instead of a once a year main course. That brings up my another point, I barely eat meat anymore, I usually take a swing at it once or twice a week (that’s significant to me) but even when I ate meat every day, I still hated Turkey. I don’t know if it’s droopy neck or the weird taste but something about that doesn’t make me feel nice when I’m eating it. In addition, I am not a fan of eating other’s cooking (mostly because I enjoy eating the same foods every day), so when my aunt who is known to burn food is assigned to make the Mac & Cheese (my favorite btw), I always end up underwhelmed and more hungry. Let’s also talk about the other foods…  Mashed potatoes, pumpkin pie, stuffing, cranberry sauce, what’s going on… what am I an infant again? These feel and taste like baby food.

Can we also address the fact that there are no good Thanksgiving Day movies… that’s because the day sucks. Hehe, relax I’m joking… but seriously name one awesome Thanksgiving movie that is actually centered around the holiday. I can’t find one. That brings me to my next point…

Where are all the Thanksgiving songs at? In the Thanksgiving day vault that’s controlled by Santa’s Elves? In a world where we have been blessed with Christmas Albums, covers, and concerts, THIS is what we have to work with for Thanksgiving songs: Nicole Westbrooks’s, “It’s Thanksgiving”. This song is actually a bop and I wouldn’t mind listening to it once a year and not anymore.

Also, why are there so many football games on?  I’m not a sports person (I barely know what a basketball looks like), but I haven’t spoken to my Uncle on Thanksgiving for seven years and it’s all because he’s glued to the television looking at football than actually speaking to the family. However, I do spend the day looking at the National Dog Show so I can’t really complain… right?

To end this on an even more negative note, I would like to address the most important reason why I really dislike this day, this year more than ever.

Firstly, I would like you to imagine yourself eating some of that disgusting turkey and baby food cranberry sauce your aunt made. All of a sudden you hear your mother talking about your current school/working situation to your aunt that you haven’t seen in exactly a year and now they know all about your money and education problems.

that’s not even the most cringe of it all, Thanksgiving is known to be centered around the discussion of politics, religion, and your personal life that you don’t want to share and someone always leaves the table hurt. I would like to leave you guys with some of my favorite backhanded compliments I’ve received from family over the years”

“You seem to have gained weight.”

“Why aren’t you in a relationship? I never even heard of you having a boyfriend!”

“What are you majoring in again? I heard that doesn’t get you a job.”

“You have a pretty voice, Why don’t you talk more?” *It’s always the creepy one’s that ask this question*