Valentine’s Day, and My Three Lovers 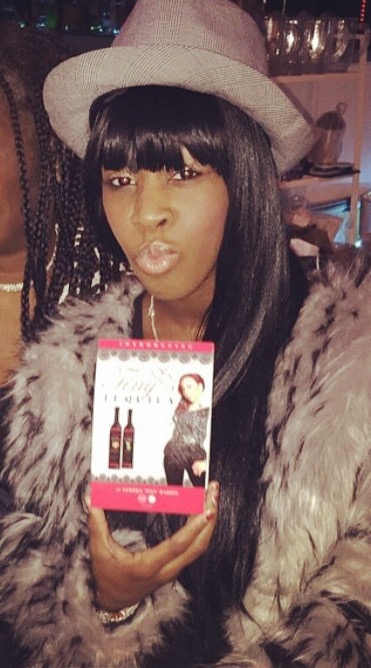 Valentine’s Day was last week, and no, I did not have a Valentine. No, I did not get an over-sized teddy bear with chocolates, and I did not receive flowers that were sure to die the next day.

I know some may think, “How did you have a great Valentine’s Day when you had no lover to spend it with?”

I do have a lover.

Actually, I have three lovers: singing, dancing, and acting.

Those three activities are my life. I cannot see myself doing anything else in this world, except maybe writing. I always connect singing and journalism because when you sing, you tell stories and you cannot tell those stories without dialogue.

I was exclusively invited to a red carpet/industry party for Tiny Harris’ new Tequila, by my friend Dizzy. He is a radio personality and pretty much dabbles in all entertainment like myself.  He was involved in setting up the event, and hooked me up with the details.

Tiny Harris was a part of the biggest girl group of the 90’s, “Xscape”.  Harris is married to one of the highest paid rappers, T.I. Many people may recognize her from the couple’s VH1 hit reality show, “T.I. and Tiny”.

Dizzy told me a lot of celebrities and business people will be there and it would be a great way to network my brand, and get it out in to the world. I immediately called my manager and best friend, Deborah, and told her to get a hot outfit ready. Everything about the day was perfect. My mother was so happy for me that she made me a great big breakfast of pancakes, fruit, eggs, bacon, sausage, grits, and toast. I had to do a quick exercise from all the food, and then began to prepare for the event.

From the moment we stepped in the building, there was nothing but positive vibes. The security guard recognized me and told my manager to go to him if we need anything. As soon as we walked in to the event, it was like a scene out of a fairytale. All eyes were on us. It could have been my huge faux fur, bright sequin pants, or my huge platform shoes, but whatever it was, it drew in all the media and photographers to me.

I took photos on the red carpet and began conducting interviews as if it were my launch party. After tasting the drinks, I was pleasantly surprised to see a familiar face. I saw Jada from the Oxygen hit reality show, “Bad Girls Club”. We immediately hit it off and she asked for my contact information to do music together.

Throughout the night, we interacted and then I was able to thank Tiny for the invite and see her special guest, Demetria Mckinney, a known actress from Tyler Perry’s, “House of Payne” and new reality show, “Real Housewives of Atlanta”.

That was only the beginning. After networking with her, I was introduced to three other reality stars, producers, agents and investors. The icing on the cake was meeting Dizzy. He and I never met in person, but spoke through social media and shared events because of our careers. After seeing him, I instantly felt my stomach drop. I thought was because of all the drinks and bar fries I had, but then it turned in to what felt like butterflies. I felt an instant attraction.

Maybe Valentine’s Day was about my love for music, dancing, and acting, but my evening was about the possibility to love other things. Perhaps Dizzy?

Only time will tell if it’s real, or a fluke.