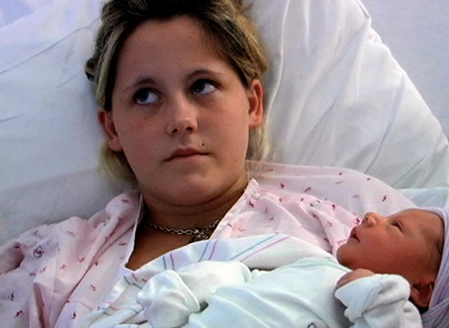 I hate the term “Baby Momma”.

I hate the fact that women don’t aspire to be more than that. This day and age, it angers me to hear people say that they don’t want to be married. However they have about 2 to 3 children already. Is that backwards or what?

I am in no way passing judgment on the young mothers, who just happened to have children and decided to accept their reality and responsibilities.
I am very proud of young parents who live in that way.

I am speaking about the irresponsible, ignorant young people who think that marriage is to cliche or unnecessary.

What about having a stable environment for your child?
What about allowing your child to have their fathers last name?
Why be the woman who’s last name is still her maiden name?

I’ll tell you why, I’ve spoken to a 28 year old, man who wasn’t interested in marriage. He explained that it just “wasn’t in style, anymore”.
And after I lectured him to my core, I had to accept that not only he, but others all over the world felt the same way. So, I began my research.

I stumbled upon, a social science website, science 2.0.com.
I found that, baby mommas and cohabitation is in and marriage is out.

Many couples choose to live together and have children but not be married, according to Dr. Susan Brown, a co- director of the National Center For Family and Marriage Research.

I find it disturbing. What happened to wanting the whole shebang? Marriage, kids, white picket fix and a cute dog?

I feel as though I have to re-evaluate my whole life, after researching, what society is accepting in terms of relationships and children.

As a child I was taught, first comes love, then comes marriage, then comes the baby in the baby carriage. Why would they teach us these songs and have them fill our brains with lies, illusions and disappointments?

By they, I mean society. I am all for keeping your child’s hopes up, but I would rather they had told me the truth.

I am angry at Walt Disney for giving me false, happily ever afters, when that is clearly not what life is.

They build girls hopes up, by allowing us to think, pray and believe that if we are good and we do all we have too that someone will love us and marriage is the happily ever after.

After all, what Disney cartoon or love story doesn’t end with a marriage?

Cinderella, Snow White, Sleeping Beauty, Beauty and the Beast, even The Little ‘freaking’ Mermaid got a happily ever after.

If a human can marry a half girl, half fish, there is no excuse for guys to not make it official with full women. As a young girl I had the biggest crush on mega star, Chris Brown. I thought he was the greatest thing ever made.

I never thought, “oh, I hope I can be his baby mama”. There is nothing sweet or special about being a baby mama. Being a baby mama is like being a backpack. As a back pack, you hold a man’s books and utensils, usually until he takes them out and uses them or until he gets sick of the zipper never closing. He buys another backpack and another.

Back to Chris brown, I saw an interview of him recently saying that the world doesn’t think its smart to get married anymore and he felt strongly about the fact that he shouldn’t have to share his money or materialistic things with someone. He explained that marriage is permanent, and complicated, which I can’t understand because he said it as if children aren’t.

We constantly have to carry around our identification cards, got to get our diplomas and degrees, which are pieces of paper. Also, lets not forget money, the most important paper that makes the world go round.

I think it is an extremely lame excuse to say, that marriage isn’t a big deal, when it is. If a man can’t make you his wife, he shouldn’t make you a mother either.

Fella’s, don’t lead women in to traps, because you know that they just want to be loved. Do the right thing and make honest women out of the females you have children with and do everything with. If you are stringing someone along, using them up physically, mentally, and emotionally, whats the point of not making it official.

Ladies, don’t go through morning sickness, weight gain, aches and pains for someone who doesn’t want to tell the world that you are permanently his and vice versa.