Love and Hip Hop Hollywood’s: Out In HipHop: Review 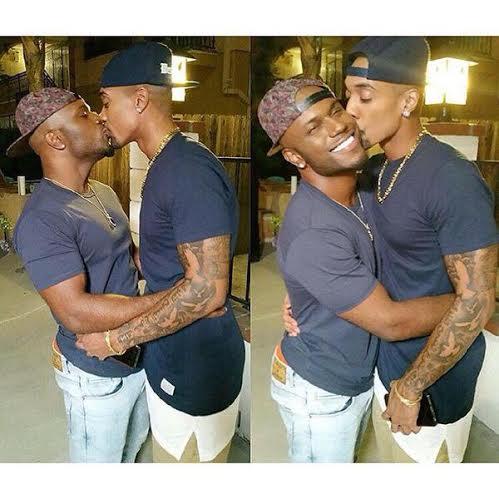 Hearts raced, palms across the nation grew sweaty and all eyes were on VH1s network.
Due to the introduction of the first gay male romance on the well known ‘Love And Hip Hop’ franchise, controversy sparked and presented the question; is Hip Hop homophobic?

The producer and writer of the show, Mona Scott Young felt the two men as well as other men in hip hop, and the entertainment industry should discuss as well as dissect the struggles, and topic of gay men in entertainment.

Due to the incredible responses from viewers, the cast and crew knew they would spark some buzz, but I am sure they did not anticipate for it to be a frenzy. The two men have gotten a lot of publicity, whether it was positive, negative or in different. The topic has sparked many conversations on the internet and in television. Their relationship has been featured on both Day time talk shows as well as many late night shows.

Milan Christopher and Miles Brock symbolize something that the world and most importantly the hip hop world has been afraid to speak about for many years. They represent the time americans are now in, to stand up and be who they want to be; no matter what. Both of their lives played out throughout the season, with millions of viewers watching the good, bad and super bad. Showing the roles of Black men on the show being in love and dealing with the world not accepting their union is what made the plot relatable. There are many stories on the franchise of broken hearted wives or girlfriends, who’s mate is being unfaithful or a couple with financical issues. However there has never been a story like miles and milan’s. They are not two rich rappers, with garages full of foreign cars but they are Entertainment artists who also happen to be closeted homosexuals.

In the plot, Brock, was the closeted homosexual in his relationship while Christopher has been a known gay throughout the music scene. During Brock’s Journey of acceptance, he was brave enough to tell his family and even his female high school sweetheart. For years his high school sweetheart thought they would get married and start their life but never knew what was stopping him from moving forward. While crushing her dreams, Brock was also shattering his fake life and starting the one he knew in his heart he wanted. Although the journey has been hard for him, he has openly said he is happy he finally is being true to himself.

The round table discussion involved several prominent, black male musicians who were open and honest about homophobia and the lack of acceptance of homosexuality in the black church as well as mainstream hip hop. The discussion was hosted by ABC news correspondent TJ Holmes and had several opinions from musical guests such as Ray J, Big Freedia, Lil Fizz, and even Run DMC legend, Darryl Mcdaniels.

A few African American Preachers chimed in Via Skype to speak on their views and whether they felt homosexuality in church is acceptable or not. One preacher in particular, Pastor Jamal Bryant of the Empowerment Temple AME Church, made no bones about his feelings of disapproval involving homosexuality. When asked if he thinks being gay is a sin, He immediately stated “Absolutely”.

Bryant later stated that he felt gay people can be “Transformed” through counseling and become straight. After getting many boo’s and disapprovals from the audience and speakers; Bryant tried to save face by saying He does love the gays. He continued by saying although he love them, like god does; they will go to hell and asked that viewers don’t take him disagreeing as bashing.

Personally I feel as though the views of pastor Bryant’s Are the kind of thinking that makes young gay men and women feel shunned. Statements like his are what make young people afraid to come out and live in their truth. Being gay in a household of people who don’t understand is the same as being black in a racist household. The feeling of constantly being judged or looked down upon because of something you can not control is horrifying.

One thing that resonated with me was when a very well respected and notarized music executive explained that he was “in the closet” for years, and felt if he would have revealed his sexual orientation years ago he would not be as successful as he is today.
Darrin “Buttahman” Brin revealed his sexual preference to the world in may 2015. Being the first executive of BET and MTV to reveal himself as gay, he is truly a hero. It takes guts, self awareness and true self worth to own up to ones feelings and preferences. There are many men and women who ignore who they truly are and live fake lives, full of regret. The men who spoke up at the forum were either men who no longer wanted to live those fake lives or men who supported those who have.

Being that the suicide rate for black Gay males are 43 percent in the United States, the discussion needed to be had a long time ago. Many gay young men do not know how to handle their reality, let alone feel Alienated by the people and places around them. To be born attracted to the same sex is not a choice, the choice to act on the feelings is indeed the persons decision. To me, its equivalent to some people being born and either being brown skinned or light skinned.

One incredibly talented musician who revealed his sexuality years after his career took off, is Frank Ocean. Many understand that if he told the world he preferred men romantically, his music would not have been as accepted as it was in the early stages of his career. Although his music and talent is undeniable, there are ignorant people in the world who would purposely boycott his music, because of their own unrealistic views.

I truly believe that both women and men do not come out the womb and check a box of whether or not they want to be gay or straight. In the words of lady gaga they were “born this way”, and no matter what they do for a living or who they choose to know; their personal sexual orientation should not affect their business lives.

For those who are afraid to reveal there sexual orientation, know you are loved. Know you are understood and you should not feel ashamed to like who you like or be true to yourself.

If you feel you have no one to speak to, reach out to someone and know you are worth it. Do not resort to violence, because then those ignorant people win. They will continue to spew hateful and ignorant things and you won’t be around to make changes in the hearts and minds of them and others.

I am very proud of the different men and women who participated in the discussion and profoundly spoke up about their views and feelings. The nation will become better each day, because of the courageous men and women who fight for the rights of the LGBT community.

I am, a straight woman who approves of any male or female who like or loves their same sex. God said, Come as you are and as long as you have a personal relationship with God; no one can force feed you their views or what they think you should believe.
If you are living your life as the best person you could be I commend you.
Stay safe and do you boo, do you!