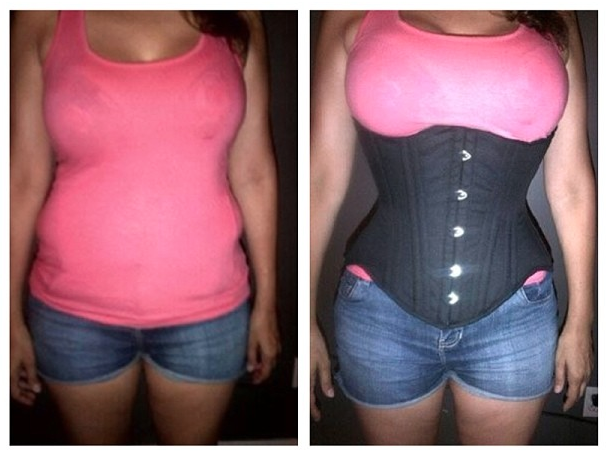 Long are the days when people relied on exercise and eating healthy for their bodies to look fit or beautiful. These days its either people conceal their rolls with a corset, waist trainer or think that drinking tea for 14 to 28 day will somehow detoxify all the gluttony they have just taken part in.

The new trend in beauty and fashion is to achieve the perfect hourglass figure. However instead of buying vegetables and fruits, people have corsets in their shopping carts. Waist training is a gradual process of waist reduction using a latex waist cincher or corset.

I totally get it, exercising is not like a beautiful day on the beach. there’s sweat and pain and most of all sweat; eww. No one likes having to count every calorie, on the back or front of their food or drink. However finding fast ways is not always the best decision, Sometimes the fast method is the most dangerous. 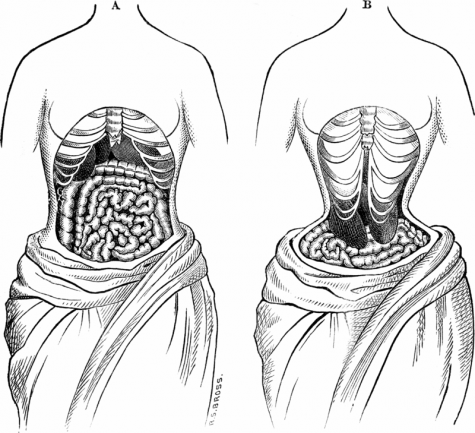 As they say, history definitely repeats itself, because I totally forgot waist cinching was major in Victorian times. Women at that time were incomplete without their cinchers either on top or underneath their dresses. Back in those days, they called it “Tight lacing” and would raise their breasts upwards and shape them. It would also flatten the stomach, and improve posture.At that time Young and fashionable women wore the trainers, especially for balls, fashionable gatherings, and other occasions to show themselves off. After a while, medical reports and rumors stated that tight lacing was detrimental to peoples health and as a result the women who wore it were condemned for their vanity.

In a way, I feel bad for the men who have to be tricked into liking a girl. Its like false advertising, when some women wear it under their clothes to suck in body fat. I would be shocked and surprised if i met a guy and when he took his shirt off he had a contraption to suck in his stomach. That is basically lying to the world and making it seem like you are fit; when you’re not.

Just imagine a man at a club, who just happens to meet a beautiful girl, with a perfectly defined hour glass shape. They drink, dance and end up leaving the club together. They head to ones apartment or place of residence, get to know each other more and one thing leads to another. The man takes off the woman’s shirt, dress or skirt and sees a cincher, wrapped like a deli sandwich. What does one think? suppose he just goes with it, each layer is unveiling the lack of exercise and showing the laziness and lies that the woman kept secret.

The more you wear a cincher from your stomach to your waist, the greater effect it will have. The basic idea is to wear it every day, for a long time and over time your body molds itself due to the trainer. After a while a woman’s waist shrinks and all for the cost of $48 to $150 bucks. The price somehow allows women to look past the harmful affects it has to their bodies.

Some people may research the negative effects and feel as though just because a celebrity that they like or idolize does it, then it is okay for them to do so as well. So to those who feel that way, understand that celebrities get paid to endorse certain products, no matter they are beneficial for the consumers or not. The celebrities get the check whether the consumers get hurt using the product or not.

When wearing the waist trainer not only are you squishing your lungs and ribs, but you are also rearranging organs and pushing them in. For women that is dangerous because as child bearers anything that is pushing or prodding your insides could be dangerous to your unborn child. Also the waist trainer makes it hard for you to breathe. Some women have actually passed out from wearing one for too long, according to Christopher Ochner, a weight loss and nutrition expert at Mount Sinai Hospital.

Of course the fatalities don’t happen over night but over a course of time you could have crushed organs, compressed lungs, and fractured ribs. Nothing should ever be that serious to the point where people are jeopardizing their health for a couple of winks and high fives.