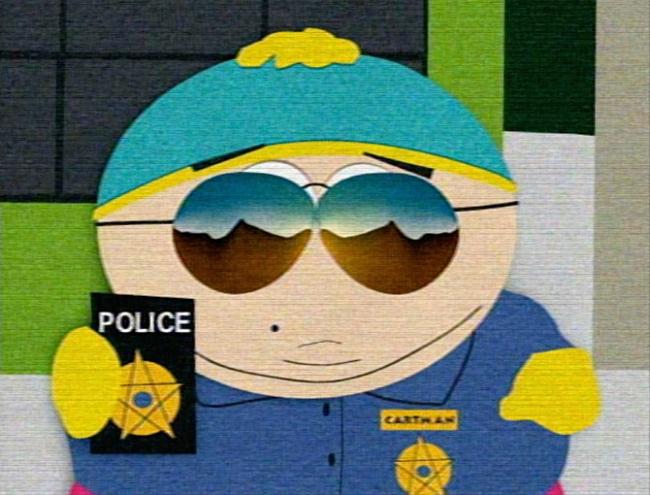 Rebecca Espinosa, Staff Writer
Growing up is apart of life whether people like it or not. There is no avoiding it. One day we have to be grown ups with a job that has a pension and possibly start a family so our names could be carried on.The thought of actually having a child and taking care of a child is scary for most young adults. There is so much to do with their lives that it’s hard to imagine taking care of someone else.

Life after college, what’s left after there is no more school to attend? The routine schedule of getting up after partying the night before to go to class will be over. A job will not appreciate you coming into work with a hangover and sleeping at your desk.

It seems like there is nothing to look forward to when growing up. In my eyes, there is. I have finally found a reason to be happy about growing up and becoming mature.

South Park. The show South Park has been around for fifteen years. The creators, Trey Parkers and Matt Stone, were in their twenties when they started the show. It debuted in August of 1997.

I was only seven years old when the show first aired. I remember being the only person in school not watching the show.

Children under the age of fourteen should not be watching that show. The content is insensitive and graphic; it is not suitable for children. I watched childish cartoons until I was about sixteen. That’s what children should be watching. Not South Park.

This isn’t about bashing South Park though. Now that I am older and have matured, I can finally understand the jokes and messages behind each episode.

My parents were very strict with the content I was able to watch and teaching me things when I was age approiate to learn about them. I was the only kid in school who had to pretend to understand what everyone was talking about. When I think about it now, I do not think the kids in class knew what they were saying either.

South Park is the most outrageous show on television. It is also the most outspoken and truthful show. The creators of the show are not afraid to step up and call out on issues that are going on in today’s society.

Fox refused to air the show because of the content. The episode about Mr. Hanky the Christmas poo. The talking feces promoted good holiday spirits to all, no matter the religion or belief. Now that I’m older,  I do not see anything wrong with that.

By watching the episode, viewers can see the relationship between Kyle and Ike to be strong. Ike looks up to his older brother like every sibling relationship is. Despite the crude content of the show, it has deeper messages to provide.

Script writers, animation artist and voice overs have from Tuesday to Tuesday to put the show together for Wednesday night. It’s the reason why the show is up to date with current events. The typical work week for the staff is 100-120 hours a week. Talk about being exhausted.

Still, the show pushed the buttons of many. The show makes fun of current events and honestly points out more logical ways that the situations could have been handled.

Now that I am older, I see all underling messages the show offers. I understand Token Black. The only black child in the fourth grade class. In one of the recent episodes “1%” Cartman is the only person in the school who is over weight and causes the whole school to under go vigorous gym activities. The rest of the school begins to gang up on Cartman.

Cartman becomes the outcast and he turns to his stuffed animals for guidance. Once his animals start to be killed off one by one, he uses Token as protection. Cartman believes since Token is black, no one will try to harm him while with Token.

Eventually the episode ends with Cartman killing the last of his stuffed animals. The episode symbolizes the end of childish toys for one of the boys. Of course, not everyone sees that. It’s about looking in between the lines with most of the episodes of South Park.

That episode followed the episode of Stan’s 10th birthday. Stan becomes depressed with the fact that he is getting older and he does not see certain jokes as funny anymore. Stan has always been the smartest one of the bunch, so it seemed appropriate that he would be the first one to come to realization he was getting older.

Being older makes me appreciate the show more. Not everyone would agree with me. My parents certainly wouldn’t agree with me because they can not get passed the gross content of the show.

“South Park is way bigger than either of us,” he says. “And it’s this curse, and when we are doing it, I hate it. I’m pissed off and I’m tired, and every single Tuesday I say, ‘This is the worst show we’ve ever done!’ It’s brutal. But it’s something I am a part of that’s bigger than I am. That’s what most important.”- Trey Parker to The Hollywood Reporter.

The Creators have accomplished so much especially with their Broadway show “Book of Mormon”.

“Once you get yourselves into things that are working on a deeper level, you just have to keep going,” Stone reflects. “When you reach that deeper level, you can’t go back.” Matt Stone to The Hollywood Reporter.

Even they know it’s time to take South Park to a deep level. It’s time to let the boys know that they could still joke around but it’s time to grow up.