Adventure Has a Name

Bullwhips, Fedoras, and Nazis. What could go wrong?

As readers of this column have noticed, I’ve done all TV series, it’s time to change things up. The first movie series I’ve decided to watch, in this columnist’s humble opinion, is the greatest franchise in the history of franchises. Indiana Jones is my favorite franchise of all time and I will say it is the greatest series of movies. Ever. Period. Column over.

Indiana Jones was played by the epic Harrison Ford. He is Indiana Jones, anyone else would feel wrong. Other characters who appeared multiple times through out the series were Karen Allen as Marion Ravenwood, John Rhys-Davis as Sallah, and Denholm Elliot as Dr. Marcus Brody. The best character who only appeared in one movie was Sean Connery as Indiana’s father, Henry Jones, Sr.

The franchise started with Indiana Jones and the Raiders of the Lost Ark. Set in 1936, the film focuses on Henry “Indiana” Jones, an archaeology professor at the fictional Marshall College. He is approached by the U.S. government to investigate Hitler’s interests in his former mentor. Indiana, or Indy, journeys to find his former mentor’s daughter, Marion Ravenwood. The race is then on against the Nazis to find the Ark of the Covenant. This epic story has everything. Romance, action, adventure, and so much more. It also has one of the best lines in cinema history, “Why did it have to be snakes.” 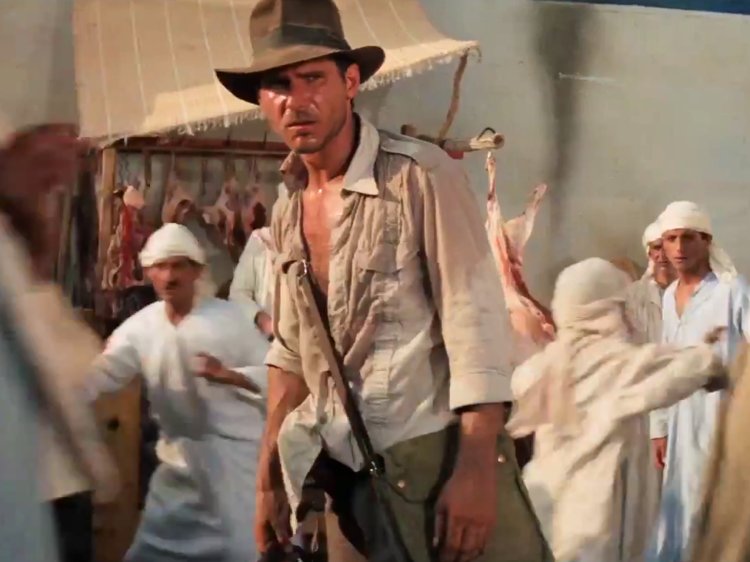 The next film in the series is Indiana Jones and the Temple of Doom. This adventure takes place in 1935, the year before Raiders of the Lost Ark. Indy, joined by sidekick Short Round and out of her element singer, Willie Scott. Unlike his last big screen adventure, Indy accidentally lands in a small village in India and offers to help retrieve their stolen children and the Shivalinga stones, powerful looking stones that the villagers believe to bring them blessings from Shiva. This brings him into conflict with Mola Ram and the temple of doom he controls. Personally, this is my favorite of the original three. Something about the series of events that lead to the film as Indy beating the odds and doing the right thing, even when he could have just walked away. 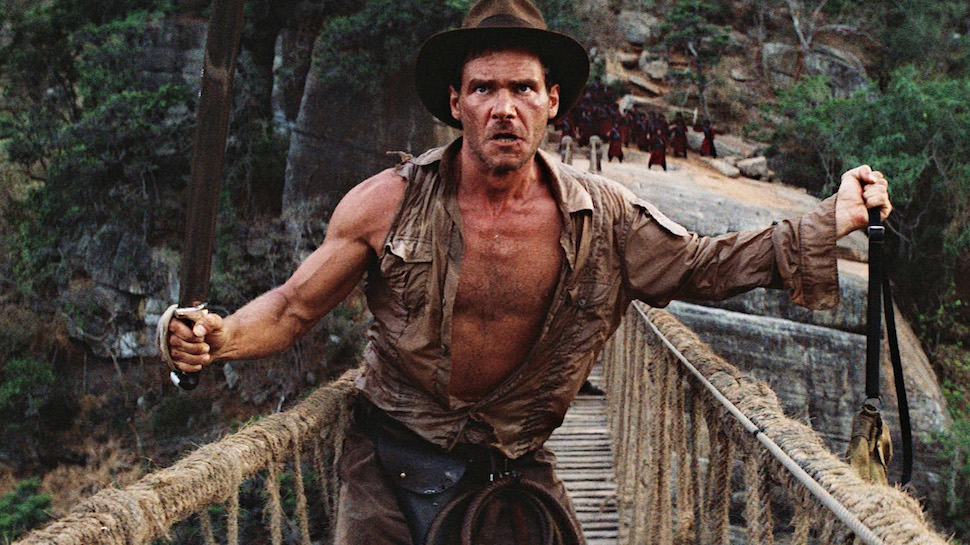 The final film in the original trilogy was arguably the best film, Indiana Jones and the Last Crusade. The story takes place in 1938, where Indy must investigate the disappearance of his own father, Henry Jones, Sr. (played by Sean Connery, like just amazing). His father was looking for the mythical holy grail which leads Indy all over the world to find his father and to stop the Nazis from getting their hands on it. This adventure brings back old friends like Sallah and Marcus Brody from Raiders. This was originally the final installment of the franchise. It was a fantastic way for the franchise to go out on. Indy, his father, Sallah, and Marcus ride off in the sunset, with Indy’s father having one of the best lines in cinema history,”We named the dog Indiana.” Such an influential line that I do in fact have a dog named Indiana. 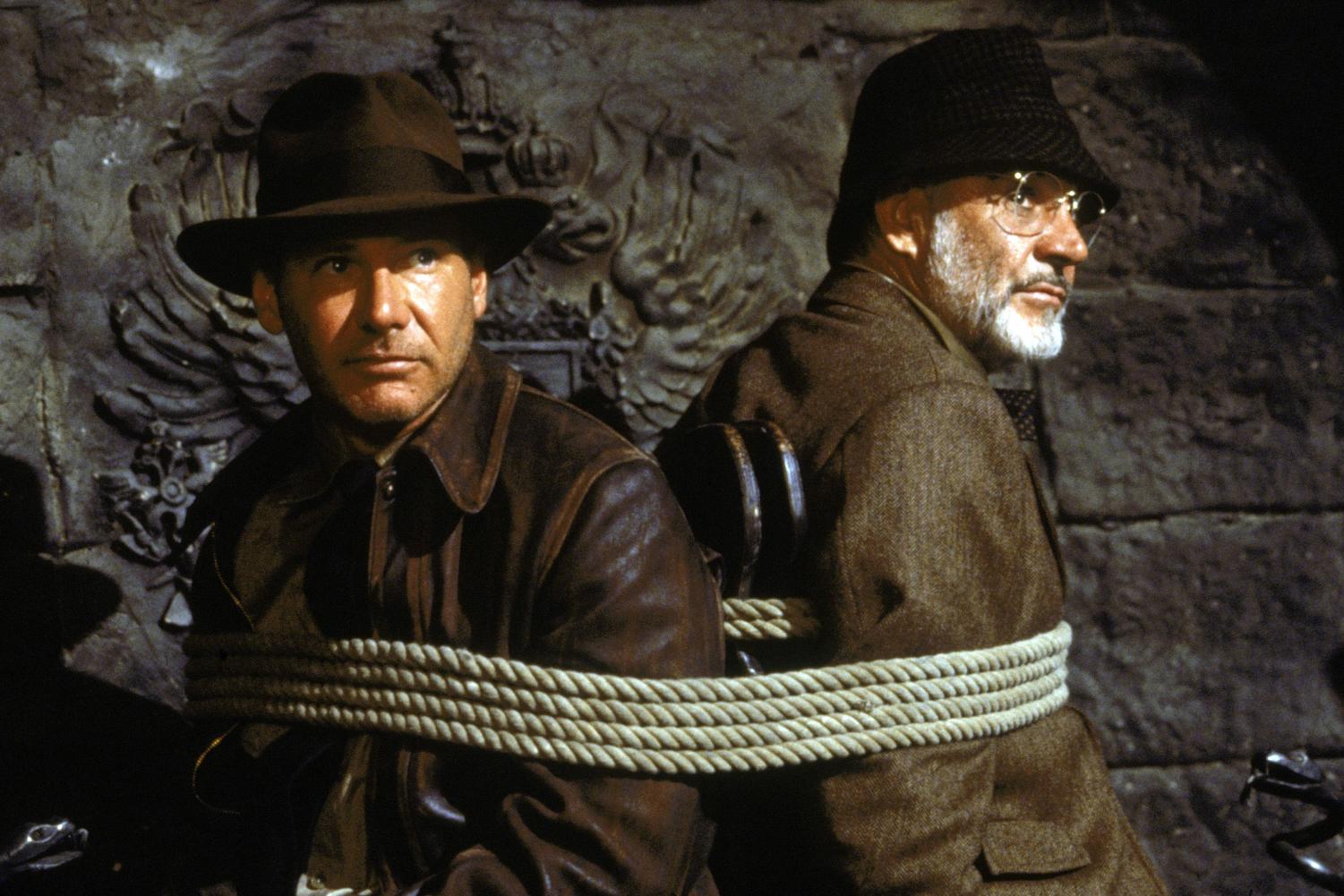 Shockingly, the franchise didn’t end with the Last Crusade, there was another film. Indiana Jones and the Kingdom of the Crystal Skull was set in 1957, during the height of the Cold War. It was filmed and took place 19 years after the last film in the franchise. This adventure invokes Indy racing against the Soviets to find the location of the crystal skulls, oddly shaped skulls that have great psychic power to those who use them. Along the way, Indy is joined by Mutt Williams, the son of Marion Ravenwood from Raiders. This is often argued as the worst of the franchise, some people say Temple of Doom is the worst, but even as the weakest link in the franchise the movie is overall enjoyable and finishes up the story of Indiana Jones. Except, it doesn’t finish up the story of Indiana Jones because Disney has bought the franchise and is making a new one that is promised to be the end of the franchise. This could seemingly be it for Indiana Jones, at least as we all know and love him. Harrison Ford says the newest movie under development will be his last, but with Disney you never know what will be the last. 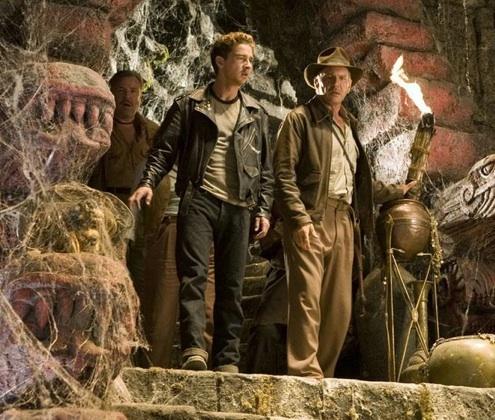 Overall the Indiana Jones franchise is arguably one of the best of all time. Yes, there have been some missteps. But all great franchises have their missteps. While this Retro Rewatch only focused on the film franchise, there was also a TV series, The Adventures of Young Indiana Jones which tells the story of Indy as he embarks on his first adventures between the ages of 10 to his early twenties. This also doesn’t include the plethora of novels, comic books, video games, and other related items. Sadly, eventually the story of Indiana Jones will be rebooted and remade or cancelled all together, but until then, he will ride off into that sunset.