First Rule, You Don’t Talk About It 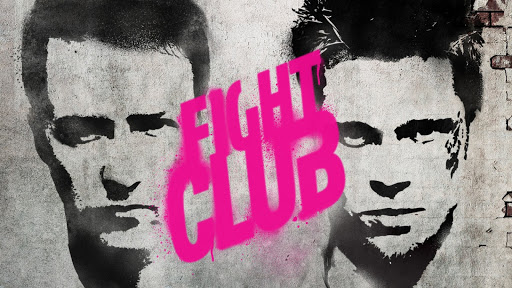 The first thing that is an indicator that the film is going to be good is the director, David Fincher. Most people have seen at least one Fincher film. The man directed Alien 3, Seven, Fight Club(obviously), Zodiac(personally my favorite film by Fincher), The Social Network, and Gone Girl. He also is the executive producer of House of Cards and Mindhunter. The man has a body of work that few can touch. The two main stars of the film are the dreamy Brad Pitt and the not as dreamy but rally good actor Edward Norton. It is like two halves of the same coin, mild mannered Norton and crazy and intense Pitt. All three men take a movie that could have bombed hard and turned it into a movie that people still regard as one of the best to this day.

The film is really about the relationship about Pitt’s Tyler Durden and Norton’s Narrator. Tyler is everything the narrator isn’t. Extremely good looking, confident, tough, has taken life by the neck and is the master of his own destiny. The narrator is, for lack of a better term, a sheeple. He goes to his mundane job to fill up an apartment with things to distract him from the fact his life isn’t what it should be. The two meet on a plane ride and they form a relationship quickly. Mostly because the narrator’s apartment is blown up by a gas leak. From there Durden takes him down the ride that is Fight Club. Durden drags the narrator through his insane plan to make an impact, to turn the world on its head. The beauty is the narrator is loving the decent into Durden’s madness, until it is to late. The film shows where little allowances can lead you.

It is one of the darkest films to become a cultural phenomenon. Not only is it still a considered a classic today, it also inspired real life fight clubs. None of the real ones made it far( that we know about) and none seemed to be concerned with Project: Mayhem, Durden’s plans for Armageddon. Throughout my high school, once junior year hit most of the boys took up reading the book after watching the film. For men especially the film hits all the right points for a must see film. Fight Club has been interpreted six hundred ways from Sunday. The social commentary from the film has been interpreted as anti-consumerist, against the feminization of American culture, the examination of European fascism and everything in between. Intentional or unintentional doesn’t matter. The film just seems to click with people, young people especially.

Not every dark film about the crushing weight of adulthood are going to be classics. Fight Club joins the ranks of Americana films, which Tyler Durden might not like. In fact from everything the character does and says in the film, he would definitely not like being a part of Americana. He might find it humorous but it would bug him in between making soap. A little ironic a film being popular despite the main antagonist( if he is in fact considered an antagonist) hating what the masses considered good. It may not be the greatest film of all time, but it is better than the beatings dished out during the fights. Fight Club will go down fighting as a classic.